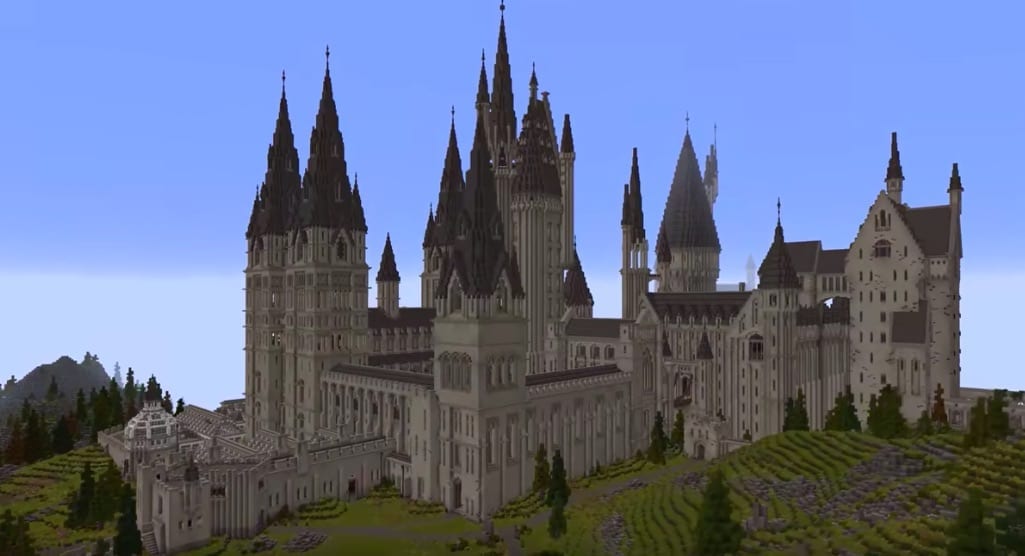 If you ever wanted to hop into Hogwarts (and let’s be honest, who hasn’t?) then you’re in luck, because the Minecraft modders and pro block-builders at the Floo Network have you covered.

The team at the Floo Network has been hard at work crafting this awesome Hogwarts in the world of Minecraft, and it’s finally playable for everyone! Just so you fully appreciate just how darn huge this thing is, it includes puzzles, quests and more.

Thankfully, the alpha version of the game is now in its playable Alpha form, so you can dive in and enjoy it for yourself.

As you can see from the trailer below, Floo Network has faithfully recreated pretty much anything and everything you’d want from a Harry Potter RPG, from the greenhouses of Herbology to the Defence Against The Dark Arts classrooms. There’s even Hagrid’s Hut and the Chamber of Secrets. It’s all here, and you’ll finally be able to live out your best Hogwarts life, either on your own or with your friends.

Speaking on the creation, the Floo Network has stated: “We’re just a small group of Minecrafters who have worked tirelessly on this for countless hours. It has been a long way, and now we’re nearly there.

“The map is a passion project and labour of love. It is free to download and play, but you can choose to donate a few dollars when downloading to show your support for our project and the work that we have done.”

Outside of the hallowed halls of Hogwarts, the game also includes recreations of the likes of Diagon Alley, Hogsmeade, the Weasley house and the Knight Bus – complete with three tiers to adventure in.

Check out everything that Floo Network has created over at Gumroad here. It’s free, but definitely do consider donating to the team because, honestly, they deserve it.