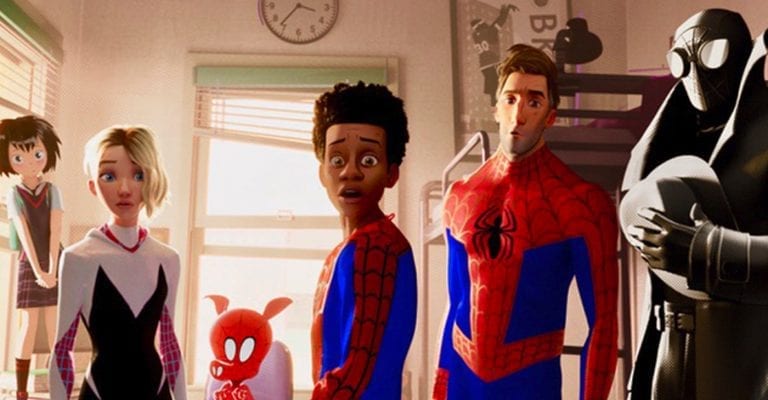 If you thought you’d seen the end of Spider-Man: Into the Spider-Verse then boy, have we got news for you!

While the studio storms ahead with Spider-Man: Into the Spider-Verse 2, it turns out writers Phil Lord and Chris Miller are very busy boys.

He continued, “We’re figuring out a way to develop the shows so that each are their own unique experience but are also related.”

Let’s be honest, it’s a pretty vague statement that would mean anything, however, it’s definitely an interesting prospect. Miller added: “We’ve been talking to a lot of potential teammates for trying to do something not like anything else that’s been done on television.

“It’ll be a little while before it all comes together and is on the air, but I think it is going to be something really special.”

Garfield then took over for Marc Webb’s Amazing Spider-Man reboot, but only lasted two movies before Disney got its hands on the character and integrated him into the Marvel Cinematic Universe with Tom Holland in tow.

Speaking to Jeff Goldsmith on his The Q&A with Jeff Goldsmith, Into the Spider-Verse director Rodney Rothman explains his original vision for a spandex-clad reunion between the famous faces.

“I wrote a scene that had every, that had Tom Holland and Andrew Garfield and Tobey Maguire in the same scene,” he confirmed.

If Miller and Lord are creating their own Spider-Verse, there’s every chance we could see Maguire of Garfield reprise their roles. Holland is pretty tied up with the MCU, so don’t expect him to pop up any time soon.

After the success of Ruben Fleischer’s Venom, the studio is already working on a sequel, the Jared Leto-led Morbius, and a potential Kraven the Hunter movie. There were plans for a Silver & Black movie focussing on Silver Sable and Black Cat, and while the project seems to have stalled, Miller and Lord could technically adapt it into a TV series.

The pair sound like they’re taking a leaf out of the MCU’s book. Branching out from the standard mainline series of movies, the upcoming Disney+ service will be home to a number of tie-in shows like Loki, WandaVision, and Marvel’s What If…?. The growing Spider-Verse could mean huge things for Sony, so, are you excited to see those eight-legged freaks in action?