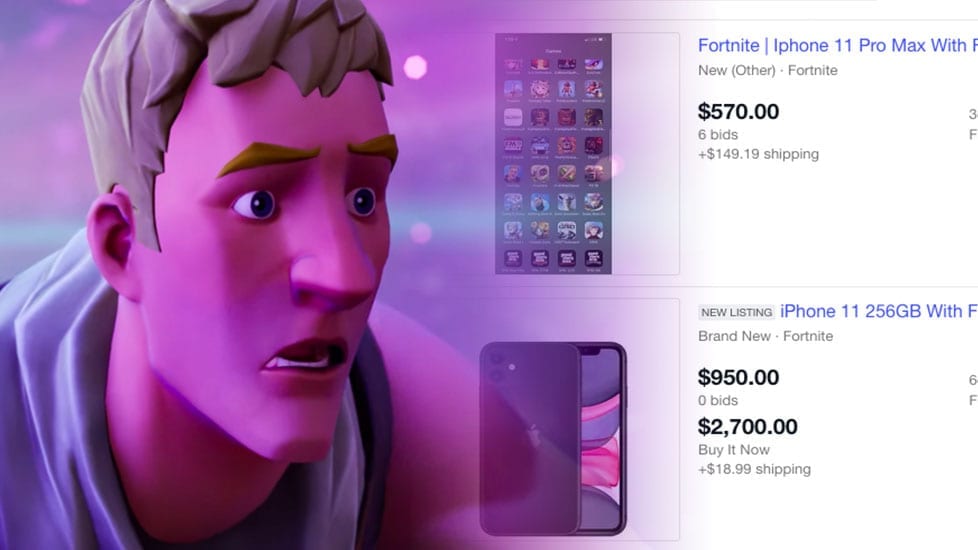 People are taking to eBay to sell iPhones with Fortnite installed on them following the news of Epic Games’ legal action against both Google and Apple.

As spotted by GamingSym, there are now hundreds of eBay listings for phones which specify the inclusion of Fortnite – a game which is no longer available to download via either the Google Play Store or Apple’s App Store.

An eBay search reveals the same tactic used for Flappy Bird is now happening with Fortnite. In case you don’t remember, Flappy Bird was a mobile game which was in high-demand when pulled from sale, resulting in people trying to sell their hardware with the game installed for a higher value online.

We also saw a similar practice with the PlayStation 4 console after the Silent Hills demo, P.T, was also removed from the store.

So what’s happening? Just last week, Epic Games confirmed it’s suing both Google and Apple over the mobile version of Fortnite, following it being blocked from both companies’ app stores.

Both Google and Apple take financial cuts from games placed on their storefronts, meaning that a percentage of Fortnite’s presumably hefty payload has been going to them, as opposed to the developer.

To put a stop to this, Epic introduced direct payment options within its mobile game and passed a 20 percent saving onto its users. Both Apple and Google retaliated against the move, blocking Fortnite from their mobile app stores.

The block is also believed to have a potential knock-on effect for any other mobile games which use Unreal Engine 4 – an engine owned by Epic Games.

It’s not clear what’s going to happen with the legal battle as of yet, but definitely keep your eyes on Epic for this one!