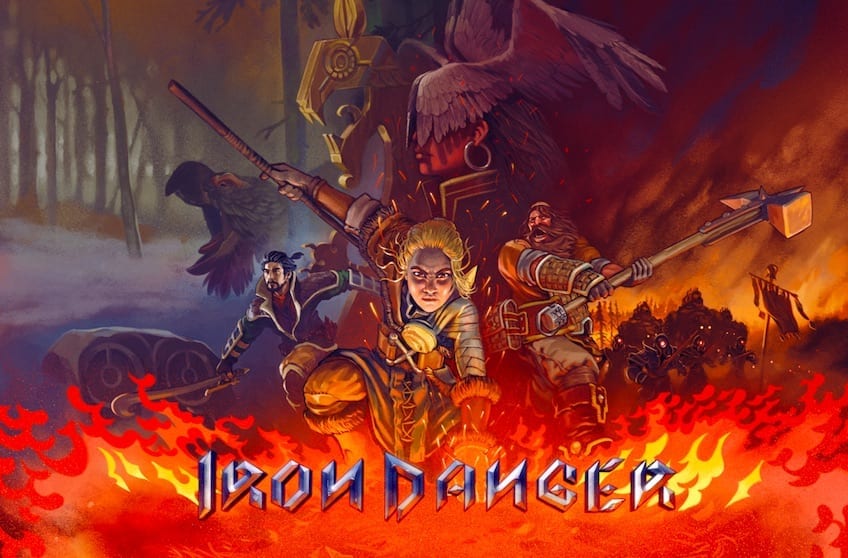 It’s a seriously rare thing to find a game that offers an entirely new way to play nowadays, especially when it comes to tried-and-tested genres like tactical RPGs.

However, Action Squad Studios‘s upcoming combat game Iron Danger, is promising just that thanks to its unique story-driven, turn-based and tactical gameplay that utilises some seriously impressive time manipulation mechanics.

Showing off the PC title during Gamescom 2019, Lead Programmer Heikki-Pekka Noronen and Lead Designer Jussi-Petteri Kemppainen chatted to GameByte whilst showing off a little of Iron Danger, which is about as creative and colourful as a tactical RPG can get.

Describing Iron Danger as more of a “puzzle RPG” than anything else, Noronen explains: “Instead of a turn-based combat mode, we have something called the Trance. You enter Trance by pressing the space bar, when you enter combat or when you take damage…[the game] actually doesn’t have turns – it has a time manipulation mechanic….

“Our time units are called heartbeats and there’s ten of them. Each of them is half a second long, so you can always rewind back five seconds [of gameplay]. Our actions [and] all the durations are also set in heartbeats. For example: setting something on fire takes two heartbeats.

“Time doesn’t move unless you want it to move. You can move time manually and you can add actions on top.”

Explaining more about the game’s time manipulation, Noronen adds: “There is nothing that runs out, there’s no Mana that you can’t rewind anymore. I can forever rewind, like a Rubix cube.

“With a Rubix cube, if you make a wrong turn you can always turn back and there is no limit to how many times you can turn back. It’s the same with our game. There’s no game-over state, you can always survive the situation, and this makes our combat gaming into puzzle gaming instead of action. It’s not an action RPG, it’s a puzzle RPG.”

One of the most personally appealing things about Iron Danger is the game’s approach to what’s known as “save scumming”: saving the game at a critical point and restarting to try again and get the best outcome.

With Iron Danger, save scumming isn’t something to be ashamed of – it’s a game mechanic.

“I must make a confession: I’m a save scummer. I will save and try different tactics, and I will try and try again. I still feel very happy after the 73rd time I have tried the game and the strategy finally works, and I feel like ‘Yeah! Look who’s smart now! It’s only taken 73 times,’ laughs Noronen.

“We realised that we can get that similar feeling with really hard battles, but by rewinding and trying out different tactics and strategies, you get the same feeling. You can find out the way, but it’s much more in the flow of the game. There’s no saving and quitting and loading screen and feeling bad…in this case you get the same feeling [without the grind].”

As typical for the genre, the game contains a sufficiently mystical background for Iron Danger‘s main hero: Kipuna.

The game’s official description explains: “In this fresh fantasy world of warrior shamans and machine fumes, you take on the role of Kipuna, a simple village girl, who becomes imbued with a cosmic power that grants dominion over time and death.

“The player controls Kipuna and one of two individual companion characters in tactically challenging battles against a variety of different threats. At center stage in combat is the unique time shifting mechanic that represents Kipuna’s magical influence over the flow of time.

“It gives the player the ability to rewind at any point with fraction-of-a-second precision, pinpointing strikes to enemies’ unguarded moments, deflecting and dodging attacks exactly when they happen, synchronizing magical and physical attacks to overwhelm difficult enemies, and overcoming impossible odds through trial and error.”

If you’re new to the genre and you’re looking for a way to make mistakes that can be quickly undone, or if you’re a veteran and you want a new way to challenge yourself, Iron Danger could be the PC game for you.

Iron Danger releases in 2020. Check it out on Steam here.

Daedalic Entertainment kindly sponsored GameByte’s trip to Gamescom this year by covering the cost of travel and hotels.