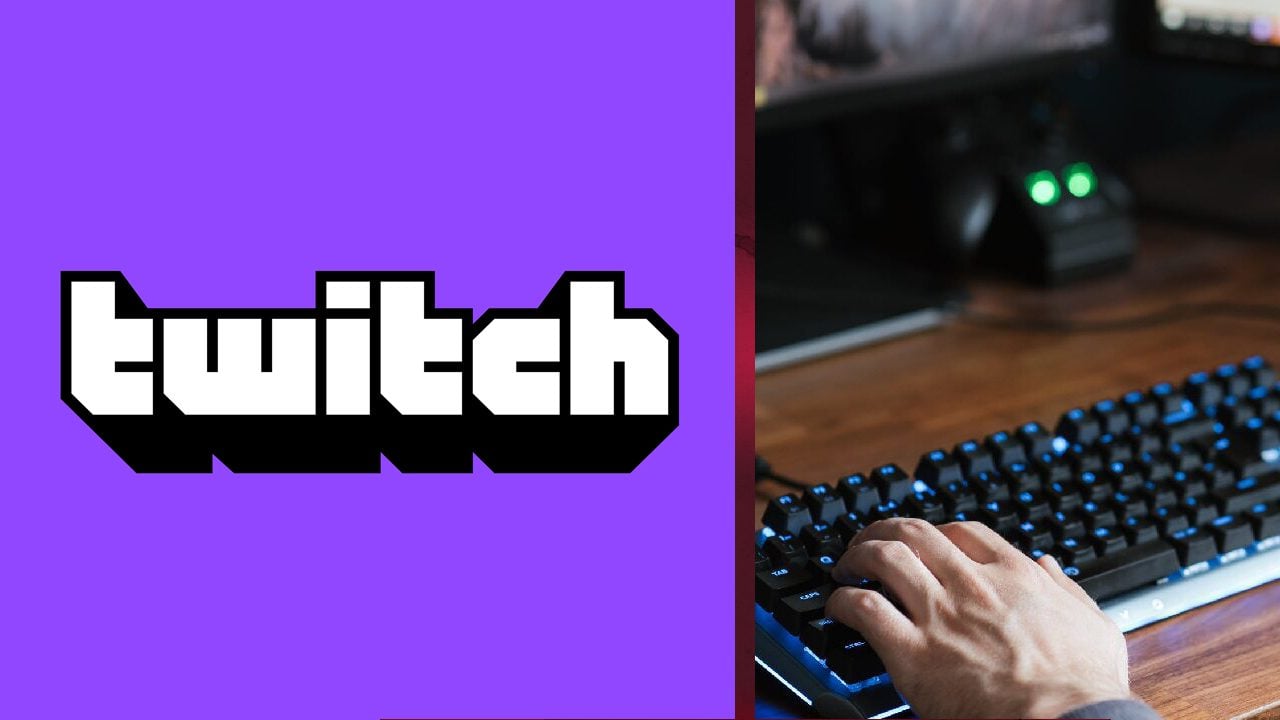 Growing up, the idea of watching someone else play video games seemed like an alien concept. However, in 2022, streaming is a key portion of the wider gaming industry. People now spend more time than ever before watching others play their favourite video games through platforms like Twitch, Facebook and YouTube. Twitch in particular grew throughout the pandemic, as millions of viewers flocked to the site.

Twitch itself runs its service in a very hands-off way. The platform simply provides server space and infrastructure for players to broadcast their gameplay over the internet. Twitch itself takes a pretty big cut of revenue from streamers, with 50% of everything going to Twitch itself. This does vary for some of the largest streamers on the platform, but these are few and far between. In order to negotiate a better deal, you’d need an audience Twitch wouldn’t want to lose.

Some of the biggest streamers on the platform can bring in an average audience of anywhere between 50,000 to 200,000 viewers per stream. Naturally, Twitch’s success launched the careers of numerous figures. Streamers like Pokimane, ibai and Ninja often transcend the platform itself, featuring in movies, TV shows and signing onto lucrative sponsorship deals.

It’s similar to the way that the music industry typically works. People see the likes of Arctic Monkeys, One Direction or Billie Eilish, and think, “wow, I want to do that.” The reality however, is that successful acts typically come from a position of privilege, have worked very hard and have still been lucky to get where they are. Unfortunately, this reality isn’t often communicated that well. There’s now an entire generation of people who aspire to be Twitch streamers when they grow up.

The reality though is much starker. For those that don’t make it into the top 1%, Twitch can be a tough grind that offers little in the way of reward once a streamer burns out or retires. A retired Twitch streamer recently posted on the official Twitch subreddit about their experiences coming out of streaming. Titled ‘The Truth Of Post-Twitch life’, Reddit user u/ButterflyOne6843 described the reality of life following a reasonably successful Twitch career. We spoke to the retired-streamer about their career, about the realities of adapting to life afterwards and how they initially sparked their interest in Twitch.

(ButterflyOne6843 wished to remain anonymous, so from here on out, we will simply refer to them as Butterfly)

A passion sparked during childhood

Like many of us, Butterfly’s initial interest in video games was sparked as a child. Growing up in a house surrounded by siblings, and with a parent who was an early adopter of home internet, it would seem their eventual destiny as a Twitch streamer was set in place from an early age: “My dad was trying to get home internet in the early 90s before anybody else on our block even knew what “internet” was.”

“Some of my actual first memories were my brother teaching me hotkeys to spam queue units in Starcraft at the age of four,” added Butterfly.

Just like many others who work in the gaming industry, the soon-to-be-streamer took the hobby more seriously in their teenage years. For many teenagers, the path into video games often starts in one of three places, esports, journalism or becoming a QA tester. These three roles typically lead to three different areas. Esports is for those players who are great at playing video games, journalism is the perfect spot for creatives who are passionate about the industry and QA testers often go into development roles. There are lots of other ways, but these are probably the most common routes for those who are truly passionate about joining the industry.

“I was always trying to be a “pro” or rank 1 in games. This was around the time Twitch became popular, so of course I knew about it and was super interested. Watching Twitch while playing games is how I spent my entire formative high school years,” commented Butterfly. With a childhood passion, and the opportunity of Twitch on the horizon, they started streaming. Even the most successful streamers start off slow, and build an audience over time. Like any platform, such as Twitch or Instagram, building an audience is a slow process that takes dedication.

After a few years Butterfly found an audience, and was able to make a full-time living through the platform. While they certainly wouldn’t put a dent in the viewerships of some of the biggest people now, the platform was much less competitive in its early stages: “At my peak I held a concurrent viewership of over 3000 viewers for the entire duration of an 8-hour stream. I kept that viewership up for a good year or so. During those streams, my channel would usually get around 35,000 to 50,000 unique users on a daily basis.”

The key to maintaining such an audience though is engagement. The biggest personalities on Twitch are ones that are able to engage with their audience, and capture the continual attention of those people who will keep coming back. Butterfly struggled in this area: “My audience, however, was much less engaging than what other streamers tend to get at those sizes. I was simply very good at a certain FPS game and my stream was always on, so I was the “go-to” guy when nothing else was on. As a result, I made less money than someone else at that size would, but it was still really good money.”

“At the time, I was just a game-fiend and I was very vulgar and honest, so most viewers naturally didn’t form any kind of emotional connection with me like they would with other streamers,” they added.

At their peak, the streamer was earning anywhere between $2,000 and $10,000 on a monthly basis. However, running a Twitch channel at such a level is no easy feat. With daily eight hour streams, Butterfly soon felt themselves burning out. Self-employed Twitch streamers do not receive overtime, holiday or bonus pay benefits. The demanding lifestyle of self-employment is a dangerous one.

Facing imminent burnout, Butterfly quit, turning their back on the lifestyle that had dominated their formative years and early adult life: “My channel and mental state started declining pretty rapidly, so I quit. Cold turkey. I focused on going to the gym and making IRL relationships to fix the things I neglected over the years. I lived off of savings for about a year and a half.”

With the days of streaming behind them, it was time for Butterfly to find a job. With close to a decade of experience working in the streaming industry, this felt like a natural step for the individual- recruiters decided otherwise.

“Not a single company even considered me as a potential employee for jobs I’ve been doing for nearly a decade, after hundreds of applications and a solidly written resume. Not entry level positions, not mid-tier positions – nothing,” commented Butterfly. “Honestly, if a streamer wants to become employable, just like with everyone else, they need to learn skills that can be applied to other jobs. Whether that is editing, content creation, camera work, programming, or whatever.”

Butterfly’s situation raises an interesting question. Are we heading for a generation of Twitch streamers who suddenly find themselves unemployable after moving away from the platform? It’s such a new platform that we have only reached its first full decade of operating.

There could be more stories like Butterfly’s in the near future: “For other mid-tier streamers, I’m not so sure what their future holds? When will they finally retire? Will there be 60-year old career streamers a few decades from now who never quit? Will we have an entire generation of unemployable gamers? Who knows, time will tell.”

The elephant in the room

Butterfly, like many others, is also critical of Twitch itself. The platform has come under a lot of flack in recent months for its lack of action of hate raids. Bot accounts spam the chat of marginalised streamers with hateful and bigoted language. The platforms’ lack of action led to numerous streamers boycotting the platform, in the #ADayOffTwitch protests last summer. There’s also the wider argument around just how much money Twitch makes from streamers, while offering very little in return.

“I don’t think Twitch has any interest in warning streamers that streaming is a questionable career choice.” Butterfly added, “It will ‘support’ streamers when they are doing very well , because that brings in money to them as well – but as soon as viewership declines you’re on your own again.”

Regardless of their experience on the platform, the streamer still felt positive about much of their streaming career, stating: “I’d just say that streaming did bring a lot of opportunities into my life that I wouldn’t have had otherwise. I became semi-famous, got to meet and contact very influential people way bigger than myself, and I was in my early 20s with a boatload of cash.”

“However, as I got older I realised the lifestyle was not for me. I did not want to go into my 30s, or god forbid 40s, being an out of shape live-streaming goblin that yelled at a camera to get some tips or ad revenue from young people,” added the streamer. “Quitting streaming at the time that I did was probably the best choice in my life, as I’m still young enough to learn new skills and trades easily – but now wise enough to have retrospect and to know what not to do in my future career.“

Butterfly has had to start over again, and is currently working in a manual labour job while studying how to code in their spare time. Twitch is undoubtedly an attractive prospect to young people who want to turn their passion into a career. However, there is a darker side to it. A Twitch career does not guarantee success, and even for those who do find success, happiness, security and longevity are not guaranteed. Unfortunately, this kind of thing will likely happen more and more.