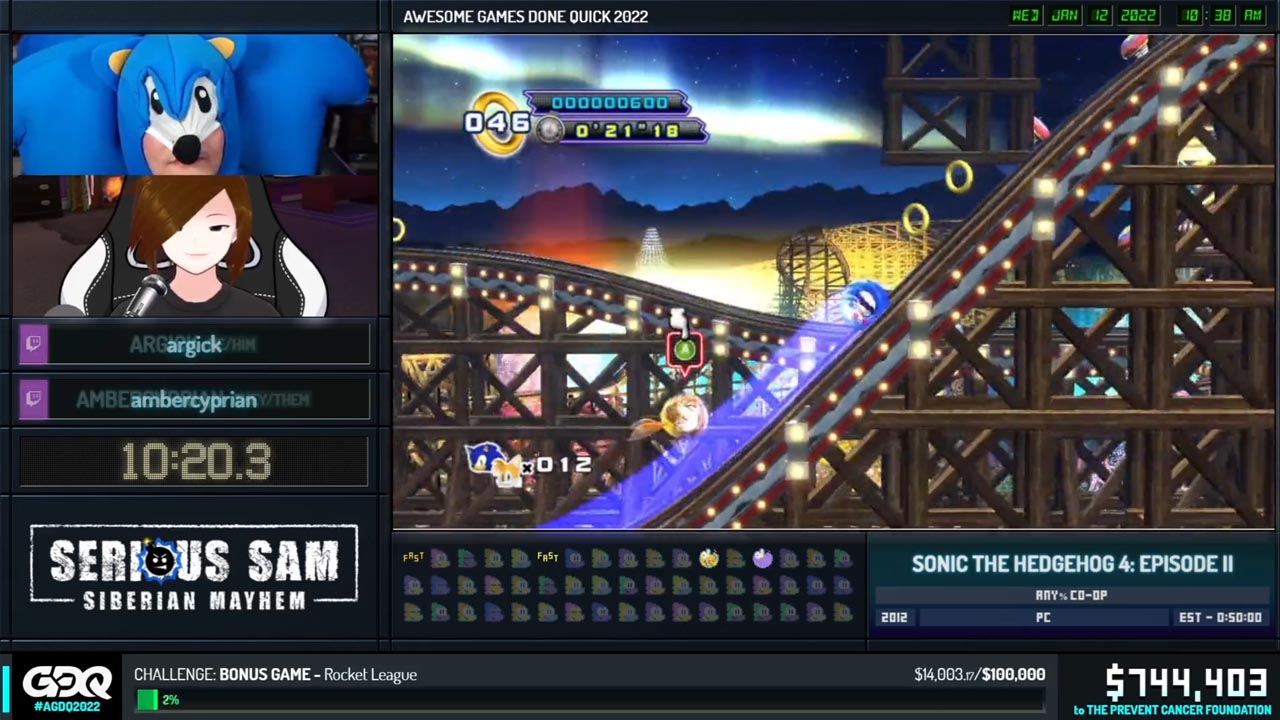 The speedrunning charity event Awesome Games Done Quick (AGDQ) has broken its own record for money raised once again, raising $3,422,122 in total.

AGDQ kicked off Sunday 9, and brought with it a whole heap of speedruns. They’re always ridiculously impressive to watch, and always filled with variety. But what’s most impressive is how the event has managed to beat last year’s record in the amount raised.

Donations were spread out across just under 50,000 different people, with the average donation being $69. And the biggest donation was a massive $236,656.94, a ridiculously large single donation. The event was online only again, meaning runners from all over the world could attend the event.

There wasn’t just a lot of money raised at the event, but a few world records too. InsertLogic ran Kena: Bridge of Spirits in the Any% No Major Glitches Hard category and managed to beat his own previous world record by almost an entire minute.

MissScarletTana shaved 40 seconds off of her own world record for Kuon too. And of course, there was the Sonic 4 Episode 2 run beaten while one of the runners was wearing a horrifying Sonic costume.

You can always count on AGDQ for some great speedrunning moments. But it’s always at its best when some records are broken, particularly when one is how much money was raised for charity.