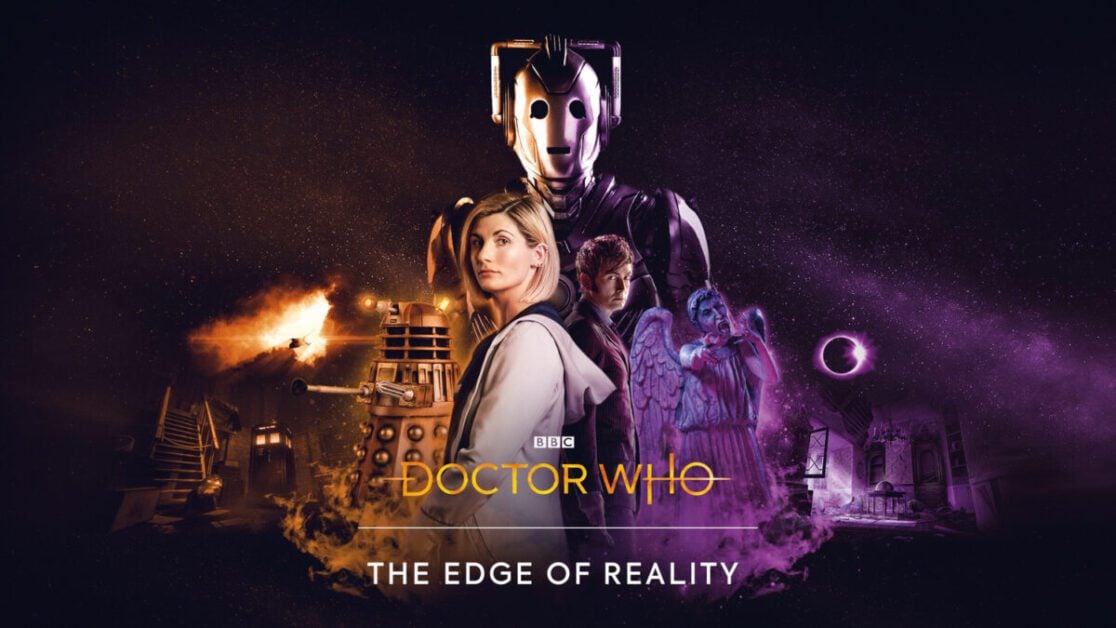 A brand new Doctor Who video game is releasing in September and will feature both Jodie Whittaker and David Tennant as their respective Doctors.

Doctor Who: The Edge of Reality is a brand new game from the team at Maze Theory. It has previously worked on other Doctor Who games, including The Lonely Assassins mobile game and 2019’s VR project, The Edge of Time.

The big draw with this game is that it will star both Jodie Whittaker and David Tennant in their roles as the 13th and 10th Doctor. Both actors are lending their voices to the character once again, which is exciting given that it’s been eight years since we last saw Tennant onscreen in the role.

Though he no longer occupies the onscreen role, Tennant has stayed relatively close to the beloved character since he exited the show in 2010. Alongside his appearance in ‘The Edge Of Reality’, he’s also appearing in an audio adventure that sees the Tenth and Fifth Doctors unite to face off against the Cybermen.

As for which enemies you’ll be facing off against, the Cybermen feature heavily in trailers for the game. Other classic Doctor Who monsters teased include the Daleks and Weeping Angels. Is it really a Doctor Who game if it doesn’t feature Daleks?

Although the first game was a VR-exclusive, The Edge of Reality will be released as a traditional game for PlayStation, Xbox, Nintendo Switch, and Steam. The game’s website mentions that it’s being developed with next-generation consoles in mind, though it doesn’t detail what improvements those versions will see. Maybe the DualSense controller will play into the Sonic Screwdriver mechanics? That’d be very cool to see, or rather feel.

Doctor Who: The Edge of Reality will release on 30th September. Will you be giving it a go? Let us know across our social channels.