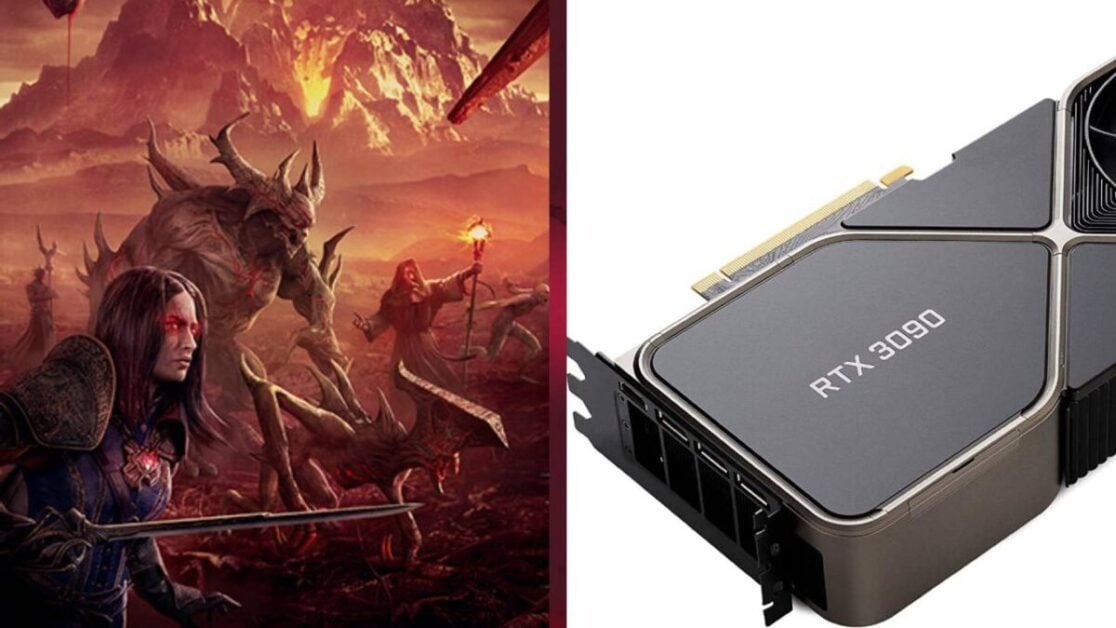 Last week, we learned that some EVGA RTX 3090 graphics cards were failing whilst running Amazon’s MMO New World. Now, according to PC Gamer, affected cards will be replaced by the manufacturer.

The issue, which seemingly bricked Nvidia’s latest graphics card, was apparently caused by New World’s start menu. In response, Amazon Game Studios developed a hotfix that reduces the number of frames generated outside of gameplay.

In addition to the hotfix, Amazon also released a statement addressing the issue:

New World makes standard DirectX calls as provided by the Windows API. We have seen no indication of widespread issues with 3090s, either in the beta or during our many months of alpha testing.

The New World Closed Beta is safe to play. In order to further reassure players, we will implement a patch today that caps frames per second on our menu screen. We’re grateful for the support New World is receiving from players around the world, and will keep listening to their feedback throughout Beta and beyond.”

While Amazon has stated that the issues aren’t “widespread”, EVGA has also confirmed that it will replace all 3090 cards affected. Of course, it’s worth noting that while EVGA has set up an RMA process for cards specifically affected by New World, the manufacturer hasn’t revealed the direct cause of the hardware’s failure.

So, if you have an RTX 3090 and would like to try out New World, you should now be able to do so safely. Over the weekend, New World managed to hit 200,000 concurrent players on Steam, which means Amazon might be on to a winner with its new MMO experience [via Eurogamer].

Are you going to give New World a try? Let us know on our social media channels!

Don’t forget you can find great games and more on the GameByte Shop! Our store is stocked up with the latest games, merch and accessories. In fact, might even have a new-gen console or two! Sign up to our newsletter to be notified of our console drops, deals and more. Please note the GameByte Shop is available for UK customers only.