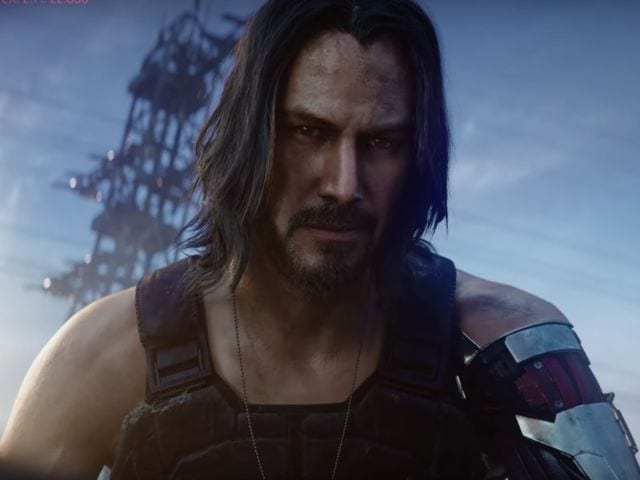 Keanu Reeves basically deserves to run the world right now after a stellar 2019 saw the release of John Wick 3, the birth of the “breathtaking” meme and the news that Keanu is playing a major role in Cyberpunk 2077. Unfortunately for us, Keanu doesn’t seem to have any plans for world domination right now – maybe because he’s had too much fun with the CD Projekt Red title.

According to PCGamer, Keanu has been having such a blast playing Johnny Silverhand in the upcoming RPG that he requested even more time in the role. The news comes from Italian voice actor Luca Ward, who is playing the counterpart of Keanu’s character for its Italian release.

During Lucca Comics and Games festival, the actor confessed to a journalist that his recording time had been doubled after Keanu convinced CD Projekt Red to give his character a bigger part. The star was apparently loving his time as Johnny, which is amazing to hear.

Following the announcement of Keanu’s role in the game, it emerged that he actually has the second-biggest speaking role in the entire title, second only to the protagonist, V.

Revealing just how big Keanu’s part is, CD Projekt Red added that the Hollywood superstar completed 15 days of voice recording, so get ready to see and hear a lot from the veteran action actor.

In addition to his appearance and voice, Keanu also provided full-body motion capture for the character, and from what we’ve seen so far it’s looking like some seriously impressive stuff.

In an interview with BBC NewsBeat, Reeves gave a little information about the character he’s playing, saying: “I’m kind of a guide. You know, you have to do something, but Johnny wants you to do something too. There’s this…Am I your friend? Am I a foe? Am I really helping you? Am I not helping you? Are you in my way?”