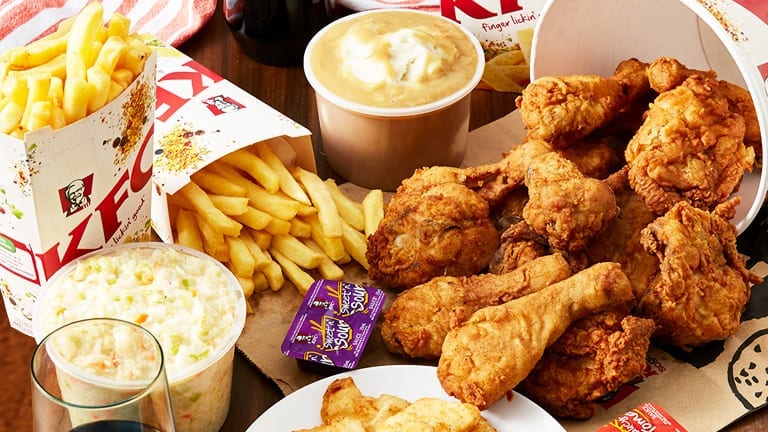 KFC and Final Fantasy XIV have teamed up to bring one of the weirdest food eating challenges to China, and people can’t get enough of it.

On the FF XIV subreddit, a user named CozyWolf has been keeping tabs on the whole thing, and there’s a shocking amount of chicken involved.

The challenge, known as The KFC Black Chicken Ultimate, sees people eat an absolutely huge meal to get a Final Fantasy XIV code that’ll unlock a Fat Black Chocobo in their game.

Just take a look at everything you need to eat to complete the challenge because, yeah, it’s a lot.

KFC isn’t messing around with this one!

However, as clarified by Redditor CozyWolf, you don’t actually need to eat everything in the meal to claim your code, and you don’t have to take on the challenge solo. However, if you do team up, there’s only one code that’ll be gifted per challenge.

CozyWolf complied everything learned from those undertaking the challenge, writing: “You have to dine in, cannot not be delivered

“It is hard to bring 4 large drink home (In China, not everyone has a car)

“The food is not very tasty after it get cold

“Your family might be mad at you. (And lots of people live alone)

Of course, the Chocobo Challenge led to an endless amount of memes, a lot of which you can check out in the Reddit post right here. Spoiler alert: there’s a lot of food coma-related memes.

Could you take on the challenge?