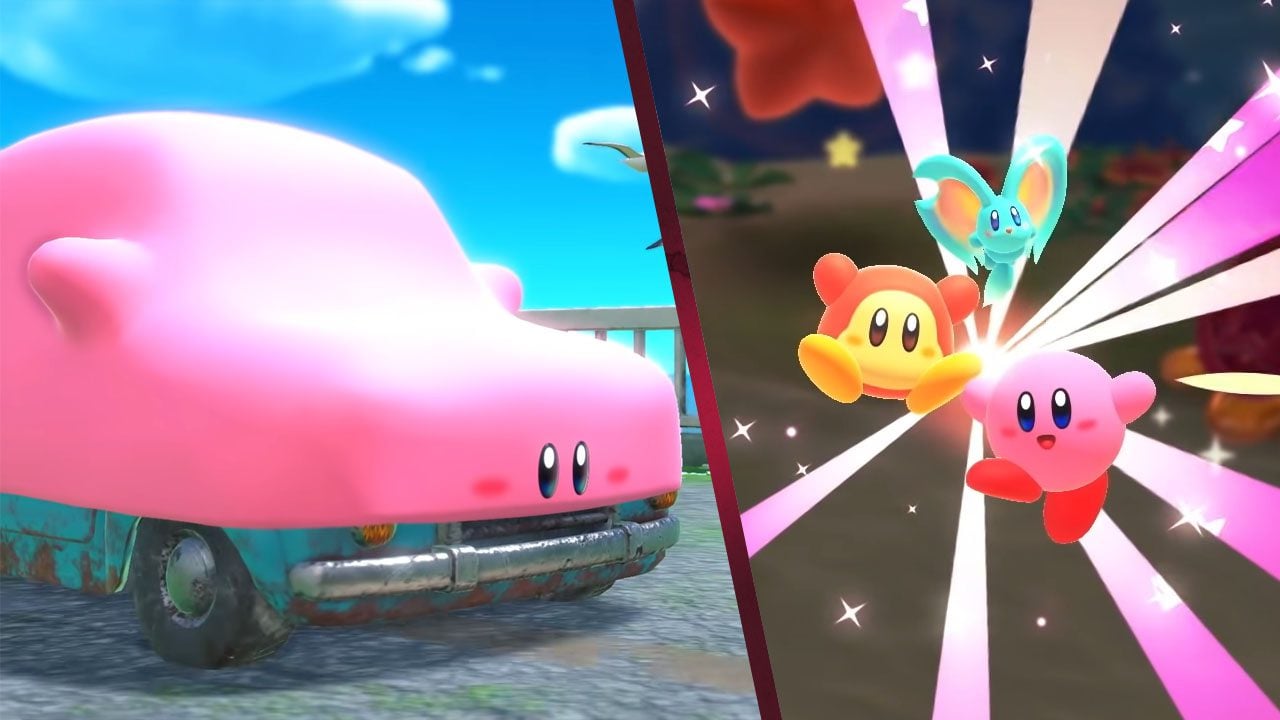 Kirby and the Forgotten Land has received a new overview trailer, as well as a demo, ahead of its release this month.

Last time we checked in with Kirby was during February’s direct, where we were cursed with the knowledge of mouthful mode. Unfortunately, the reality is that mouthful mode is definitely real. But a new overview trailer goes into more detail about Kirby and the Forgotten Land.

A small bit of story was revealed, where we learn that Kirby is sucked into a strange portal. And ends up in a strange, unfamiliar location, the setting of the game. The trailer showed off some of the copy abilities in more detail. As well as showing some new looks at some of the ways that you can upgrade the abilities. Players will have to find blueprints to evolve those abilities.

what else was shown off?

Though we are loathsome to say it, mouthful mode is again touched upon. Now we know that Kirby can go mouthful mode on both stairs and a pipe. So there’s that. The biggest bit of new info was how Waddle Dee Town works. As it grows, more areas are unlocked, where you can do some shopping, try out fishing, and collect figurines.

Kirby will also be able to do part time jobs, which sees Kirby fulfilling orders for the Waddle Dees at a cafe in one of them. There also seems to be some minigames players can engage in. And there’s also a colosseum mode, where you can face off bosses in back to back fights.

As introduced in earlier trailers, you can play in co-op mode too. It looks like whoever plays as Waddle Dee can also interact with Kirby’s mouthful mode in unique ways. And you can do some of the minigames in co-op mode as well.

Luckily, Nintendo is giving players the chance to try out the new Kirby in a pretty sizable demo. The demo lets you try out the first three levels, most of the game’s first world.