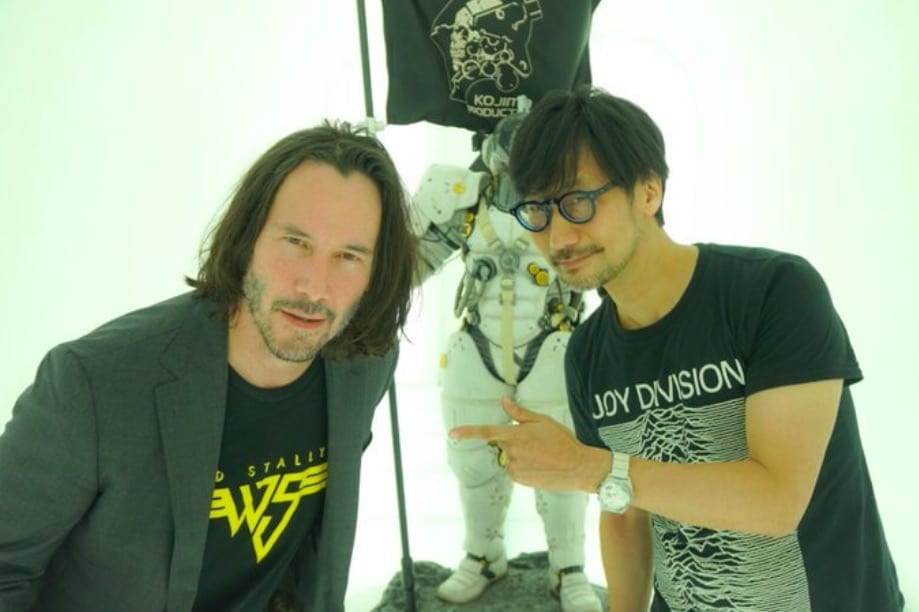 The legend that is Hideo Kojima isn’t one to shy away from his social media accounts – and the celebrities that he’s met on his journey to creating Death Stranding.

It’s gotten to the point that any well-known face that appears on Kojima’s socials immediately raise eyebrows, mostly because lots of Kojima’s buddies have made their way into Death Stranding.

One of the most-recent friends Kojima has made is the one and only Keanu Reeves, who we definitely know has an interest in video game acting thanks to his role in the upcoming CD Projekt Red game, Cyberpunk 2077.

Sharing a handful of snaps of the duo on Twitter, fans immediately got to speculating that Reeves might be showing up in the next Kojima project, whenever that might be.

That might not actually be as much of a stretch as it first sounds, as Kojima has recently confirmed that ideas for the next Kojima Productions project are already in the works.

Just a couple of day ago, Kojima tweeted: “Polishing the game while preparing things for [Tokyo Game Show], and promotions after that as well as for the next project.”

Promotions for the next project? Keanu Reeves at Kojima Productions’ studio? Hmmm…

Now, Kojima’s the kind of guy that can take 2+2 and make 5, so let’s not take this on face value…for now.

In the same tweet, Kojima then expressed a desire to become a crab, complete with an emoji and a crab picture.

Is this to do with the next Kojima project, or does he just like to f*ck with us at this point? Really, who knows.

For now we’ve still got Death Stranding to puzzle over, which just enjoyed a demo of close to 50 minutes during Tokyo Game Show. It’s, of course, in Japanese, but ICYMI check it out below.