Today was the day a lot of people were waiting for – the ‘fight of the century’ between YouTubers KSI and Logan Paul.

With over 1 million people tuning into the fight, which took place in Manchester, UK, but the result has left a bitter taste in some people’s mouths… 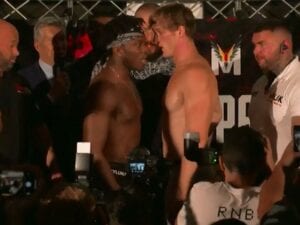 The fight actually ended with a draw of all things, laying the way for the second part of the fight, which will take place in America in a few months’ time.

Angry viewers took to Twitter to complain about the draw, with one writing: “The fact that @LoganPaul vs @KSIOlajidebt was a draw proves how its [sic] fake guys they will rematch in the USA for more money.”

Another Twitter user added: “The KSI vs Logan Paul fight ended in a draw was planned AND they want a rematch. I expect nothing less from these douchers to keep milking this.”

The KSI vs Logan Paul fight ending in a draw was planned AND they want a rematch. I expect nothing less from these douchers to keep milking this

Are you surprised with the outcome? Or were you expecting to see KSI wipe the floor with Logan Paul?

The fight between YouTubers and little brothers, Deji and Jake Paul was a lot more clear-cut. After a tense fight, Jake Paul left the ring victorious.

The fights were available to watch via YouTube, where tuning in would cost you £7.50.

Did you watch the fight? What were your thoughts?

In other KSI news, PewDiePie recently uploaded a video for his 65 million subscribers where he branded KSI and Logan Paul as “scumbags” for their treatment of women and focus on money.

Pewds said: “Logan Paul plays the moral high ground, and I guess against KSI, that’s not really hard to do. But for Logan Paul to do this, it’s interesting, very interesting.

“And a lot of people bought it, and he does it really well because he has a strong argument …

“Now KSI, he is a scumbag. You’re both scumbags.

“KSI has made the same [sexist] comments about my future wife, Marzia, and I never respond to it because it’s just cringey. … It’s such a low comment.

“…There are so many videos where Logan is equally as bad as KSI in my opinion … These guys are purely driven by money.” 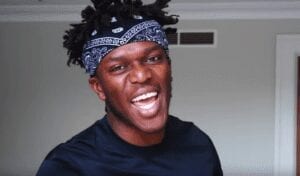 Speaking exclusively to Metro, KSI dismissed the comments from Pewds, but seemingly couldn’t help but throw a little shade his way in regards to one of Pewd’s many past controversies.

When asked about his opinion, KSI laughed and stated: “[PewDiePie] has no grounds to talk at all. He is the person that ruined a lot of people’s lives on YouTube with his comments and his whole anti-semitism….oh I can’t even say the word…

KSI is – of course – referring to one of PewDiePie’s most controversial jokes, which saw him being accused of being a Nazi sympathiser.