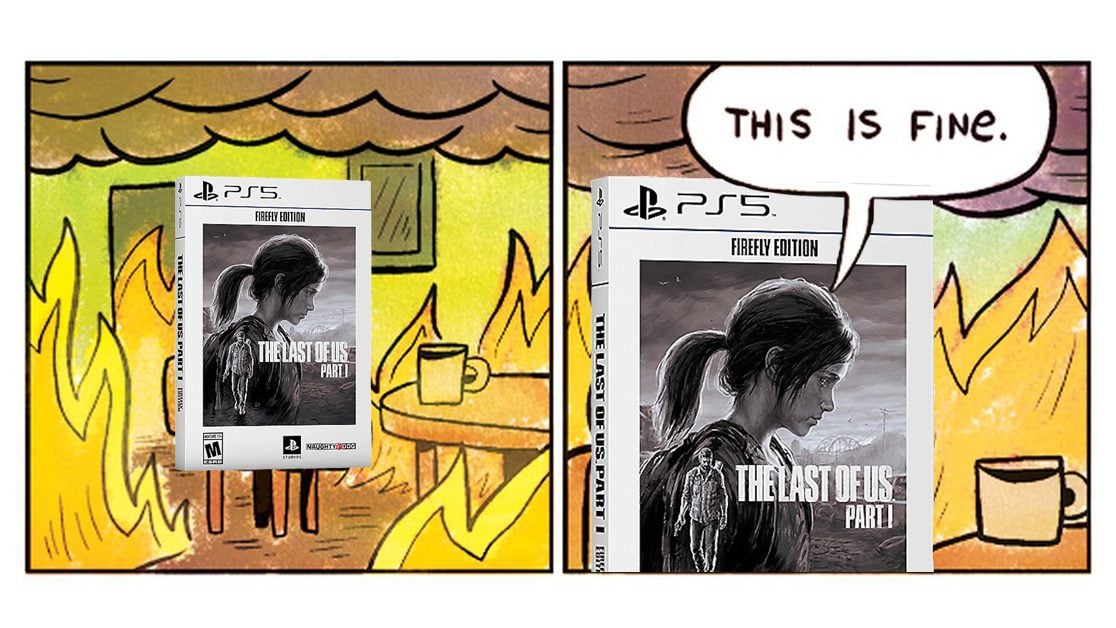 The Last of Us remake “Firefly Edition” on PS5 is being delivered in a disgraceful condition and fans are understandably angry.

The Last of Us: Part 1 Firefly Edition isn’t currently available anywhere (officially) other than in the United States. However, it seems that Naughty Dog is working to make the Firefly Edition available in other regions.

At this time, The Last of Us: Part 1 Firefly Edition can only be ordered via PlayStation Direct and is not available at conventional retailers. The price of the Firefly Edition is $99.99. This edition comes with a steelbook, the prequel American Dreams comic series as well as some DLC and early unlocks.

Releasing on September 2nd, fans were excited to finally get their hands on The Last of Us remake, sadly, not every fan was excited. In particular, those that picked up the physical Firefly Edition.

Why are Firefly Edition customers angry?

Simply put, the Firefly Edition has been arriving to some customers in a disgraceful condition.

The Last of Us fans on social media have been sharing images of heavily damaged packaging when arriving at their homes. It’s unclear at this time whether the packaging was damaged before or during transit.

The main problem here is that The Last of Us: Part 1 Firefly Edition is made of cardboard packaging and is being delivered in a normal padded envelope. Meaning that at least during transit, the game inside the packaging is being protected all that much.

As you can see in the images above, the Firefly Edition is arriving crumpled and squashed to some customers. Being a collector myself, I too would be very annoyed if this happened to me (and it has before).

An item like the Firefly Edition should be delivered in a box with padded cushioning on the inside. Sure, it can still arrive damaged (and for some it still has), but at least it reduces the chances of the item being damaged upon arrival to the customer.

Furthermore, some disgruntled customers on Reddit have reported that Sony isn’t even offering a refund or replacement for the damaged item. Instead, a customer claims to have been offered a measly 20% discount code off another purchase.

As the customer perfectly puts it, Sony customer service is essentially saying “thanks for spending money! Now spend more money!”

If this edition becomes available in the UK, I’d want to pick it up. However, if it’s being delivered in a padded envelope, it’s a potential purchase I might want to avoid.

We reviewed The Last of Us remake

What are your thoughts on this story? Let us know across our social media channels. The Last of Us: Part 1 is available now for PS5 as well as for PC at a later date.