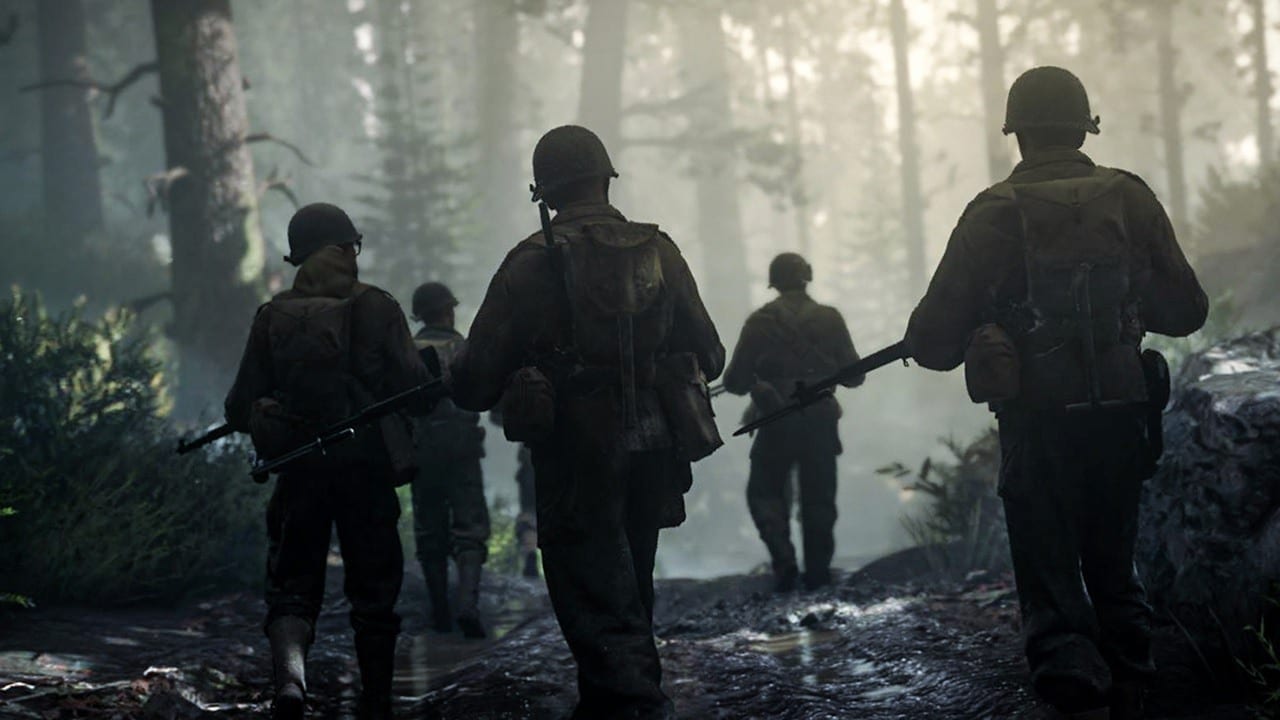 If you take a look at the game as a whole and compare it to the previous COD games, there’s a lot to admire.

Truthfully, a lot of the hate is coming from those that are understandably bored of the franchise, but if you’re new to the world of Call of Duty, there’s never been a better time to pick up the game.

COD WW2 is packed to the brim with content and that’s even before you consider the additional DLC content. We’ve listed some of the reasons why the latest COD is the best below. 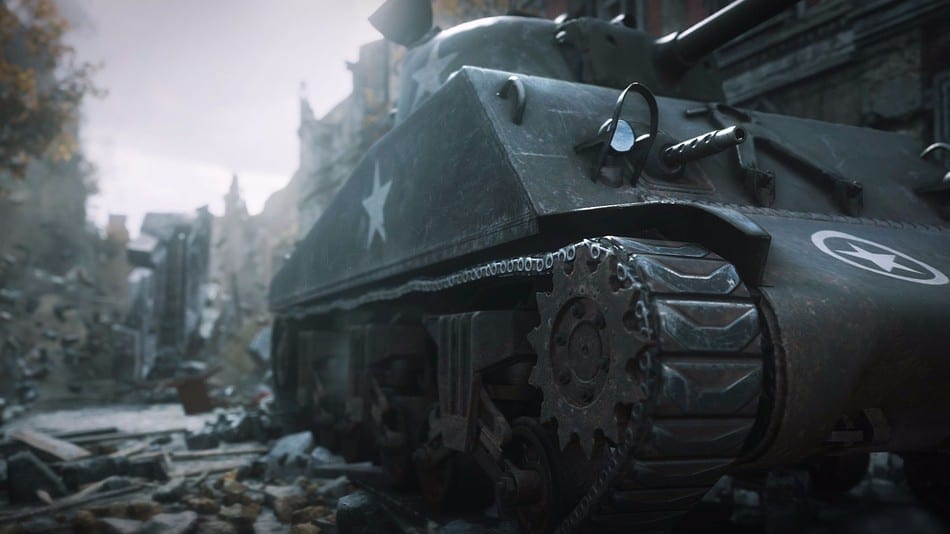 Let’s first start with the singleplayer campaign. With Call of Duty taking a dive back into the past, any previous story arcs that were present in Call of Duty games in the past five years were now no longer relevant.

As a result, the developers that worked on COD WW2 had to go back to the drawing board. Thankfully, this resulted in a fresh new story campaign that introduces new characters into a harsh, gritty environment.

Starting with the epic Normandy beach landing, the singleplayer campaign in COD WW2 already gets off to a good start. The environment and nature of the campaign is quickly set for you within those first few moments.

Unlike previous COD games, which essentially tie you on a rope and lead you through the campaign with little to no effort needed on your behalf, the COD WW2 campaign puts you straight into the action. Soldiers are being torn to pieces all around you and it’s in that moments that you actually feel human – you feel mortal, and you have to actually fight for survival.

The story progresses with development from some characters in your infantry squad, changes in location, and overall progression of the war. For the most part, the singleplayer campaign is very enjoyable and it will last you 7-8 hours easily. 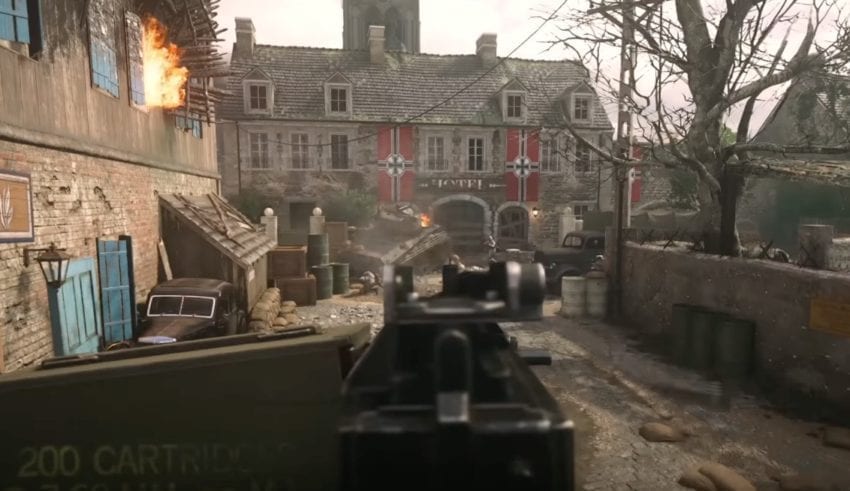 With Call of Duty WW2 returning to the roots of the COD franchise, many players were hoping for a slower, milsim approach from COD. Well, perhaps we can’t go that far, but there’s no denying that we were all hoping COD to be a little less run-and-gun than it has been in recent years.

The COD WW2 multiplayer certainly is a lot less run-and-gun in the new WW2 – there’s no jetpacks or wall running. But movement and combat is still very fluid – perhaps a bit too fluid for some people’s liking.

The feel of COD WW2 is more in-line with Black Ops 1/2 and Modern Warfare 2/3 as opposed to the earlier games or the recent futuristic titles. It draws a balance between the two eras of COD multiplayer history, but it’s certainly leaning closer towards the newer generation of games.

If you’re after that fast-paced deathmatch action, you’ll get it in COD WW2 – the guns feel smooth as ever and no matter what game mode you’re playing, you’re always back in the action within seconds.

The progression in Call of Duty WW2 is exactly where it should be too. We shouldn’t really be making this argument but at least it’s not anything like the terrible pay-to-win progression in Battlefront 2. Microtransactions are something that you’ll notice in COD WW2 – we hate them too, but at least they’re mostly just microtransactions for cosmetics.

In summary, the COD multiplayer formula has worked so well for years that not much has changed here and perhaps that’s a good thing.

If you’ve played a lot of Call of Duty in the past, you may get bored of the multiplayer quite quickly because there’s not really all that much different. We still think there are a good 3-4 hours of gameplay before that happens though. 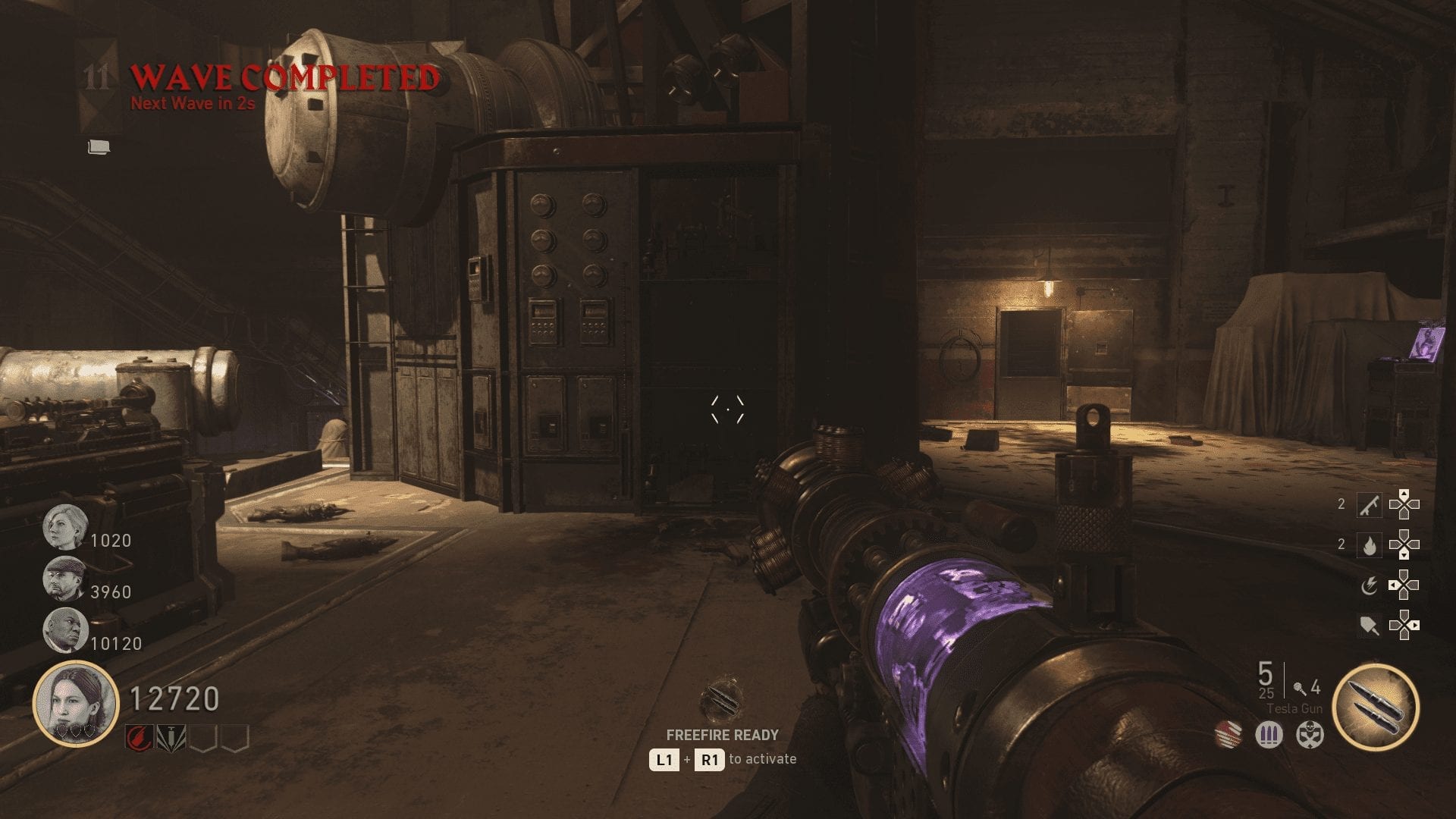 I think that a lot of gamers are hard to please these days. Not only does COD WW2 have a full singleplayer campaign and a series of multiplayer maps, modes, and weapons for all players, but it also has access to the new zombies mode.

The new zombies mode in COD WW2 was built from the ground up by a separate team. The team responsible for the new mode took inspiration from horror movies to create a darker, scarier version of the game mode.

If you preferred that scary, dark feeling you got from playing the first zombies mode, you’ll absolutely love this new one on COD WW2. It draws up a lot of similarities.

With that being said, there’s also a large number of new features based on the newer versions of zombies.

One of the biggest features is the story-driven episodes that push a narrative through each of the different playable characters. All of which have their own backstory and are voiced by the likes of David Tennant, Elodie Yung, Katheryn Winnick, and Udo Kier.
The Overall Picture

The amount of content in COD WW2 is incredible. We’re just talking about the base game content here, too. Lots more content is planned over the next year and will be available to those who purchase the DLC season pass for COD WW2.

Another thing to keep in mind is that although most gameplay time is spent on multiplayer, COD WW2 is a lot more than just a multiplayer FPS game. The zombies mode is an entire game in its own right, and the lengthy story campaign deserves some recognition too.

We’re not hating on the older COD games, either. We all owe our gratitude for the number of happy hours games like COD MW2 and the original Black Ops lent us.

What are your thoughts on the latest Call of Duty? Do you think it deserves to be ranked amongst the best COD games of all time?