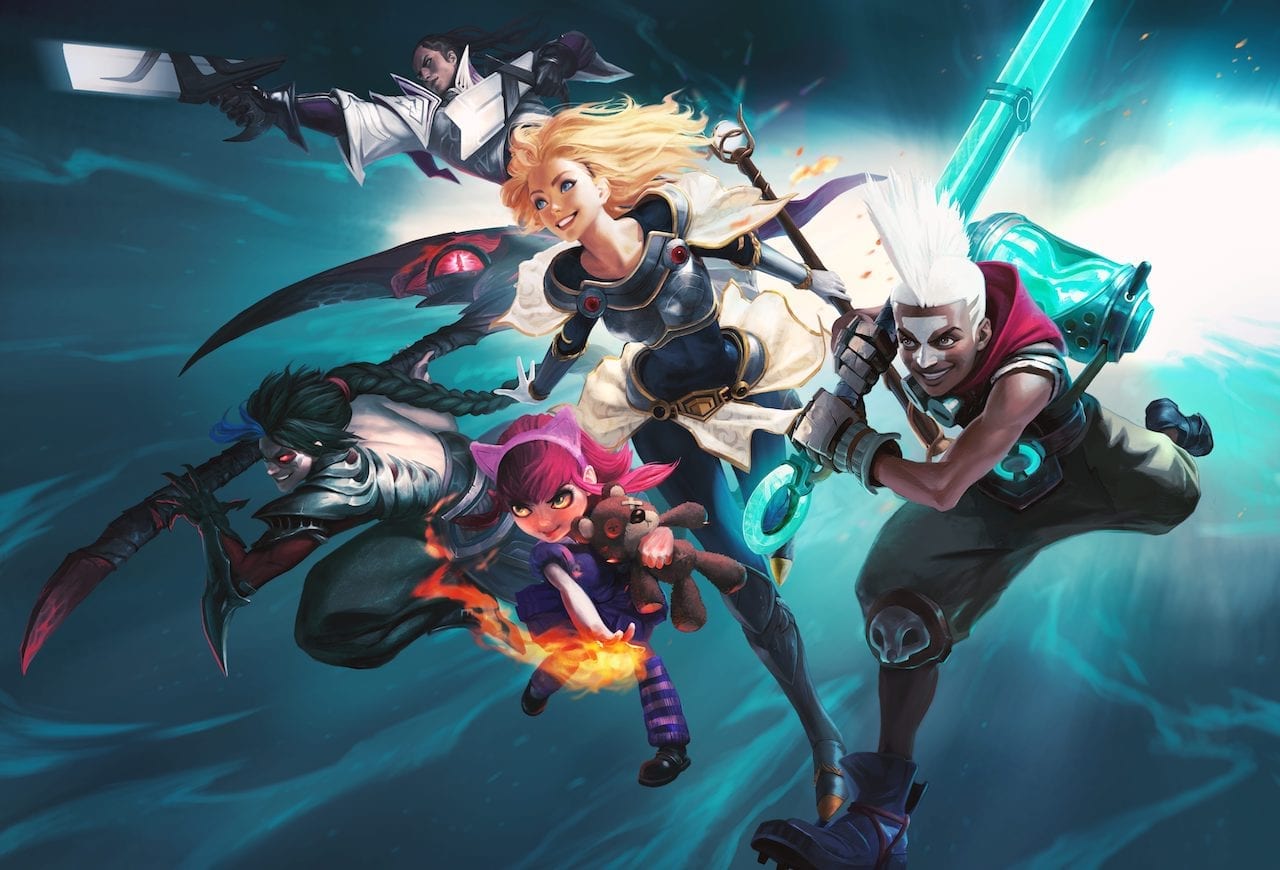 League of Legends has been a powerhouse in esports for years now. Each year the World Championship Finals try to find new ways to make themselves even more spectacular and audiences continue to eat it up. This year GameByte were invited out to the event to see what it’s like seeing the worlds most popular esport live.

This year saw the Finals take place in Europe for the first time since 2015. The city that got the honour of hosting it? Paris, France. Despite being a rainy day outside the buzz from the fans of the sport was still there from the off. Even before the opening ceremony they were all in good voice.

The opening ceremony was extremely entertaining but translated a lot better on camera than it did to the arena crowd. It was a wonderful combination of technology and live performance though that I’ve already rewatched repeatedly to see all the things that weren’t very clear due to my position in the crowd at the time.

With the opening ceremony bringing such a spectacle heavy way to open the show it was up to the two teams to deliver a performance that matched it. One that would help these finals go down in memory in a good way.

FunPlus Phoenix from China came into the Finals as the favourites but they were not the team the crowd were behind. Because when the finals are in a European city featuring a European team it might not be that much of a shock to find out that it’s THAT team that gets most of the crowd noise. G2 Esports came into the Finals with a lot of confidence after a great run to get there. The crowd wanted to believe in them.

So when the first game went to FPX there was obviously an air of disappointment in the crowd. G2 did some foolish things and just didn’t seem to be at their best. By no means is that a dig at FPX though. FPX performed phenomenally in the first game… and that wouldn’t be the only game they did.

The second game came… and fairly quickly went. FPX yet again dominating their European opponents. By this point the crowd was fairly deflated. G2 were very much being treated like a home side for a sporting event. Due to this the atmosphere dipped like you’d probably expect from seeing a home side getting thumped 2-0.

The third game meant it was all to play for. If G2 could go big they could push on for a comeback. That would require FPX to make a few careless mistakes though, and up until this point it didn’t look like they would. G2 had some nice moments but they just couldn’t best their opponents. FPX picked up the victory fairly convincingly again and, in doing so, won themselves the Summoners Cup.

It was not the dramatic final that neutrals might’ve wanted but it was a final we got to see a masterclass in play. FPX’s AD carry Lin ‘Lwx’ Wei-Xiang was the first player to go through an entire final without a death in history. We also got the feel-good story of Kim ‘DoinB’ Tae-sang. He was considering retirement last off season and decided wait for at least one more year. Now he’s a champion!

It will be interesting to see what happens next year and whether FPX will get another chance to be as dominant in the finals. It’s a long road to get there but for now they’ll no doubt enjoy some well-deserved rest during the off season.