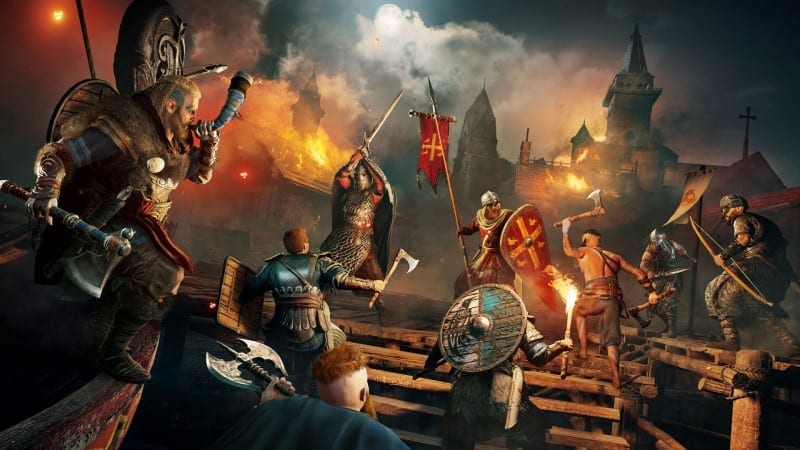 Concept art which resurfaced about two months ago, has once again popped up – and it might indicate that the next Assassin’s Creed instalment will take us to feudal Japan or perhaps even China.

The latest resurfacing concept art comes from John Bigorgne’s ArtStation page [as spotted by Reddit], and he is currently a concept artist at Ubisoft Montreal.

At first glance (and to an untrained eye such as mine) my instinct would say that the stunning concept art is based upon Japanese history, however, the Reddit user who brought the art to all of our attention believes that the concept art is more than likely hinting that the game might actually be set in medieval China. The user goes into quite some detail explaining the reasons why.

If you want to read the post in full from nstav13, then you can do so here, but for now I’ll highlight some of the points made.

Nstav13 explains that the art style used in the concept art is an ink wash used throughout medieval China, an art style that was also implemented in 2.5D series spin-off, Assassin’s Creed Chronicles: China.

Additionally, nstav13 says that the building used in a piece of the concept art is a Chinese fort and not a Japanese castle.  Nstav13 also believes that the armour seen in the art “appears to be Chinese” and that the “weaponry indicates medieval China.”  In nstav13’s opinion, it is also believed that the mountains and trees seen in both pieces of concept arts, “look more Chinese”, rather than Japanese.

In a final piece of evidence to add further fuel to the speculative fire, two surveys were conducted by Ubisoft in 2012 and 2017 respectively; both of which include questions regarding feudal Mongolia, Japan and China.

Whether it’s feudal Japan or China, these are historical settings that fans have been calling for a long while now, and whichever one may or may not arrive first, I think it’s fair to say that at some point, we will get main entries in the Assassin’s Creed series that will take us to both ancient Japan and China.

Are you excited at the prospect of exploring an open-world feudal Japan and China in the world of Assassin’s Creed?