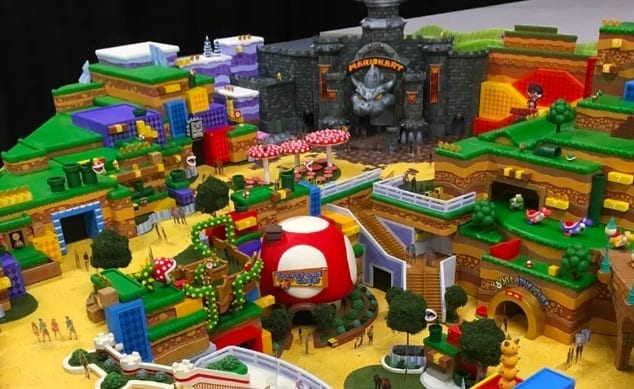 Leaked concept models which supposedly show off old plans for Universal Parks’ Super Nintendo World have made their way to the internet.

As shared to Facebook by The Unofficial Universal Orlando Podcast [via Twitter’s Wario64], a few images of early-stages concept models for Super Nintendo World have caught peoples’ attention – and for very good reason.

The images – which are apparently from pretty early in the park’s development – show concepts from 2016, but they have us all hoping that not too much has changed in the years since.

From what we can see in the photos, this looks seriously impressive, in fact, the House of Mouse is probably shaking in its boots at the sight of these!

Check out what appears to be the Mushroom Kingdom above, and what looks like a Donkey Kong island world below.

Not too much is known about Super Nintendo World and its place in Universal, but we’re hoping that Nintendo will speak out following the art leak.

We do, however, know quite a bit about NintendoLand, the Japanese theme park.

NintendoLand is set to feature a range of Nintendo-themed rides, and we already know there’s going to be a Mario Kart ride. Anything else is up to speculation at this point, but it’d be cool to see different “worlds” within the park, like Mario’s Mushroom Kingdom or Link’s Hyrule.

Earlier this year President of Nintendo, Shuntaro Furukawa, confirmed the scheduled launch plans for the park during an investor briefing, and it looks like everything is on-track for next year.

NintendoLand is expected to be open to the public in time for the 2020 Tokyo Olympics, which begin Friday, 24 July next year.

Will you be visiting one of Nintendo’s theme parks? What would you like to see from them?