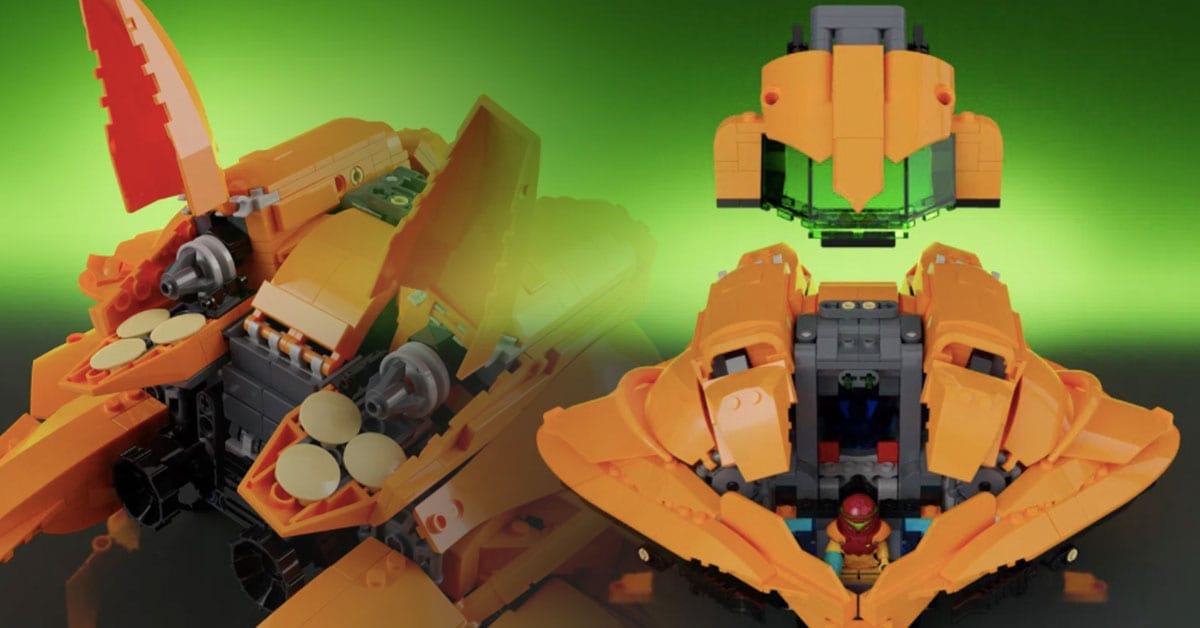 A talented LEGO artist has created a stunning product idea in the form of Samus Aran and her iconic gunship. While not yet official, LEGO Samus could become a reality – with your help!

The proposed LEGO set was brought to our attention by Alex Donaldson on Twitter, and is currently available to support on the LEGO Ideas page.

The Metroid themed set is just one of many Nintendo themed brickworks by artist L-DI-EGO, who provides the following description on the LEGO Ideas listing:

“Team up with Samus Aran, the toughest bounty hunter in the galaxy, and help her to take the dangerous last Metroid infant out of planet SR388. Then carry it aboard her iconic gunship and take off!

“Based on the classic ‘Metroid‘ videogame franchise from Nintendo, this building toy features the bounty hunter’s most recognisable vessel, as well as some key elements from the entire series.”

If it ever happens, the set will include a Samus Minifigure, two Zebesian Space Pirates and a buildable version of monstrous antagonist Ridley. A secret Minifigure will be revealed if the project reaches 9900 supporters.

L-DI-EGO has also created a number of other Nintendo themed sets, drawing inspiration from games such as Animal Crossing and Pokemon. This Metroid set, however, is on a completely different level, with tiny details such as Samus’ transparent green visor. Gunship features even include being able to eject a Morph Ball version of the bounty hunter from the ship!

It’s easy to see why Alex is so intent on making sure this project comes to fruition, especially since projects like the Minecraft LEGO set became a reality thanks to the LEGO Ideas hub.

Alex also points out that various Zelda LEGO sets have been met with lots of support on the site, meaning that the concepts are now on their way to the LEGO product review board.

The Metroid set is currently sitting at over 8000 votes and with 513 days left to go, we might just get to see this hard-as-a-brick bounty hunter on shelves next to her Italian plumbing peer.

If you want to see LEGO Samus become a reality, share your support for official consideration by LEGO!