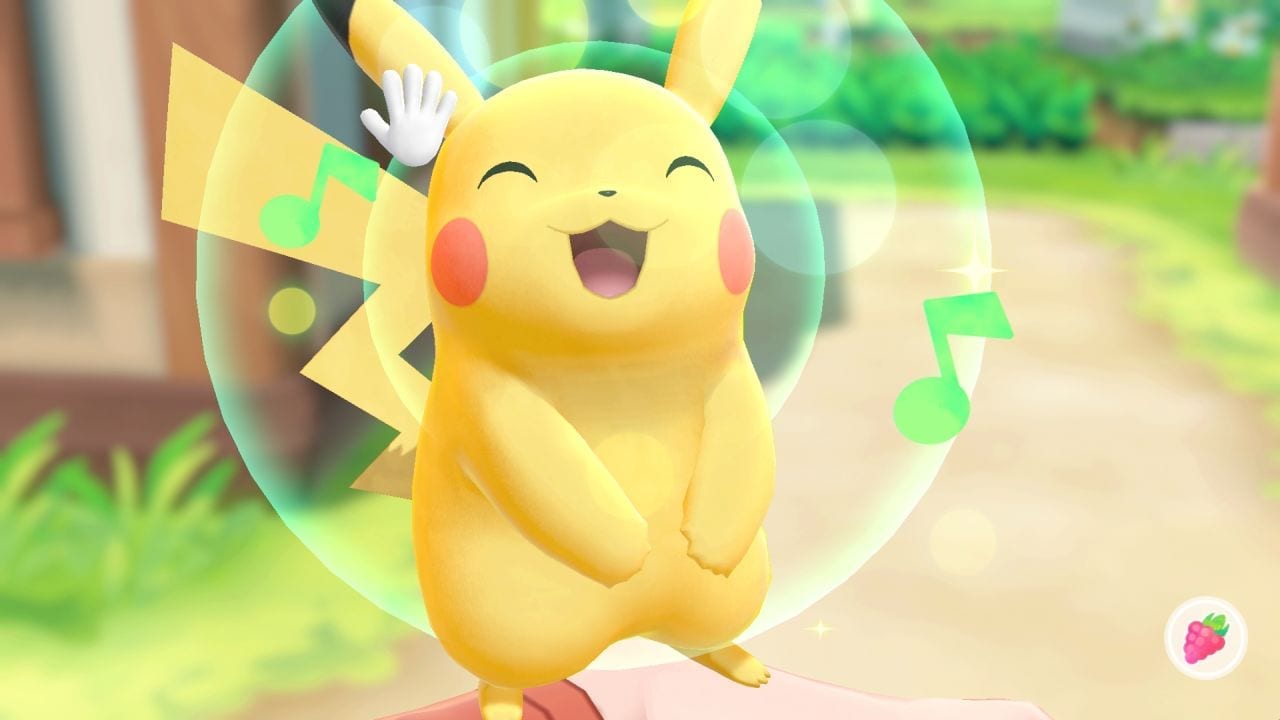 At EGX 2018 I spent a lot of my time with the Nintendo booths, enjoying some of the games I’m most excited to buy in the final stretch of the year.

Mostly I wanted to try out Super Mario Party (which you can read about right here) but I was happy to wait around a bit for a crack at the upcoming Pokemon Let’s Go Pikachu! and Eevee! games. 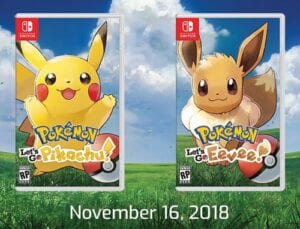 Now, to paint you a picture, Pokemon Blue was one of my all-time favourite games for a long time. Playing it on my GameBoy is an experience I’ll treasure forever, and I enjoyed it just as much when I recently re-purchased it digitally from the Nintendo eShop.

After dabbling with Yellow, Gold and a couple of the initial DS titles (and of course the N64’s Pokemon Snap and Stadium), my love of the Pokemon games kind of…dissipated, to the point where I didn’t even really get much into the 2016 Pokemon GO! hype.

Sorry. I guess I was just never able to recapture that initial experience of Pokemon Red, Blue and Yellow.

To me, those games actually meant something. As a young kid it seemed like the Pokemon world was never-ending, and with so much to do and buy and so many Pokemon to collect, it truly was an eye-opening experience that I just couldn’t seem to grasp hold of again. 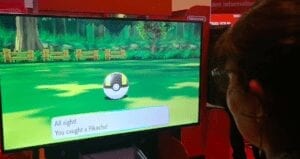 Cut to EGX 2018, and I’m happy to try out Let’s Go, Pikachu! (there wasn’t a choice between this and Eevee for press to play, but there seems to be very little difference between the two titles anyway.)

I knew the game was supposed to be a bit like Yellow and a bit like GO!, using similar mechanics to the mobile game to entice new players to try a console Pokemon game.

Honestly, the idea didn’t thrill me.

Even though I’d given up on Pokemon RPGs, I still know the original 150 Pokemon like the back of my hand, and I definitely don’t have any issues when it comes to catching wild Pokemon or battling a trainer. They’re second-nature skills to me, so really the Let’s Go games seemed a bit…childish. A step-back for 90s fans.

I took my turn in the Let’s Go booth, listening carefully to the instructions from the very nice Nintendo rep. He handed me the Pokeball accessory, explained how to loop it onto my ring finger, how to hold it and when to listen to Pokemon I’d captured ‘inside the ball.’

I played Let’s Go, Pikachu at #EGX2018 and loved it. pic.twitter.com/Gcae4tkS7h

I moved my character around Viridian Forest using the ball’s analog stick, accompanied by my Charmander, looking for bug-type (and normal type) Pokemon in the tall grass.

I was ready for a wild Pokemon to appear. Which it didn’t, because the annoying-as-hell random encounters we all hated in the original Pokemon games are gone. Yes!

Now you can visibly see your Pokemon and you can even see if it’s worth the time to catch them thanks to the red, blue or non-existent circles which indicate whether the Pokemon is large, small or average in size.

I felt a little bit silly fake-throwing the Pokeball at first, but it actually felt really natural. It was easy to catch Pokemon, but it’s easy to see where the difficulty will lie when it comes to rarer or stronger catches. 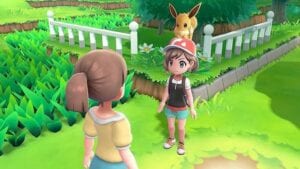 Just like GO! you use different ball types and Razz Berries to catch wild Pokemon. No battling, which really is a bit sad and a mechanic I definitely missed.

That being said, if your favourite part of Pokemon is the battles then you won’t be disappointed.

Battling the Bug Trainers was a lot of fun. I used the Pokeball accessory to choose my options with its teeny analog stick, made my choices carefully, and enjoyed getting XP for my whole party.

What surprised me most about Let’s Go is that this game – from what I played – isn’t Pokemon GO!, despite Nintendo’s insistence on marketing this game as if it is.

The game is actually Pokemon Yellow, with HD graphics, a complete storyline we know and love, nostalgic music that sounds beautiful with its 2018-makeover and a nifty little Pokeball to really get you into the game.

If you were going to pass this title up because of its affiliation with GO! absolutely do not. 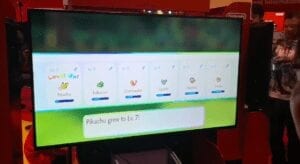 If you were glued to your GameBoy with the original Pokemon titles, you definitely won’t want to miss out on this.

Whether or not the £50 Pokeball accessory is worth it or not is up for debate. It’s nice that it plays the original GameBoy sounds from each Pokemon as if they are in the ball once caught, and it’s nice to sync it with GO! ‘Throwing’ the ball was fun, and it was very natural to use one-handedly, but it’s even more costly than the game itself (at least right now via Amazon.)

I’ll be trying the game without the ball for now, but it’s definitely an accessory I’ve got my eyes on…

As a person who expected to find Let’s Go, Pikachu! no more than “okay,” I’m still shocked at just how much I enjoyed it.

It’s absolutely a day-one game for me – who would have thought?! 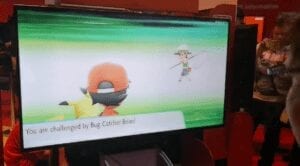 Will you be picking up a Let’s Go game when they release on 16th November 2018?