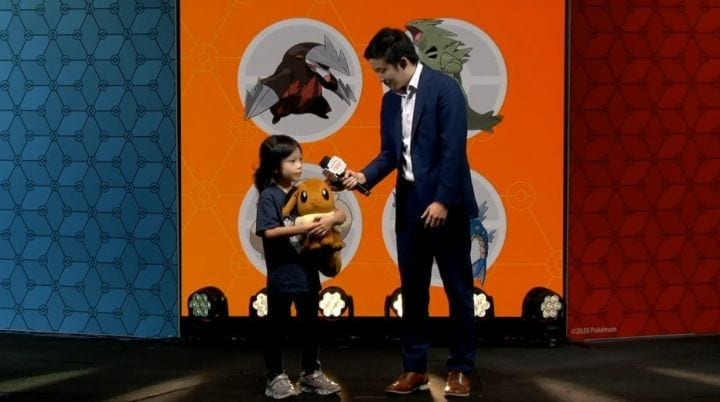 Not every esport out there is about getting the best kill – sometimes they’re just about being the very best like no-one ever was. That’s certainly true in the case of young Simone Lim, who recently scooped herself the top prize at the Pokémon Oceania International Junior Championships.

The Pokémon Oceania International Junior Championships offered some stiff competition for its many young players, but Simone swept the floors with her fellow Pokémon trainers.

The final showdown saw her take on the previous Pokémon Oceania International Junior Champion 2019, Justin Miranda-Radbord. Justin, who’s older than Simone, sadly lost out on the big win after some great and nail-biting matches.

According to the commentators of the tournament, this was Simone’s first competitive season and her first major tournament, after winning in two regionals. Clearly she’s better than Ash Ketchum ever will be.

After a very tense match, Simone managed to best Justin by predicting which of his two remaining Pokémon he’d use Protect on: a Rhyperior and a Dusclops.

In the video (which thankfully has been captured in all its glory), Simone looks a little embarrassed of her win, but gratefully receives a hug from a friend.

If you can handle the adorable moment where Simone wins, check it out in the video below.

Speaking after the game, Simone thanked her family and friends while hugging her Eevee toy.

Naturally, the internet can’t get enough of Simone and her skills. One user tweeted: “My brain cannot process competitive strategies. These kids are something else!”

Another said: “WHOLESOME CHILD THAT PLAYS 20X BETTER THAN ME.”

The whole tournament can be watched over on YouTube, right here. For the tense match, skip to around the four hour mark.

A massive well done to all the competitors – I can’t wait to see more from Simone and the rest of the young champions!