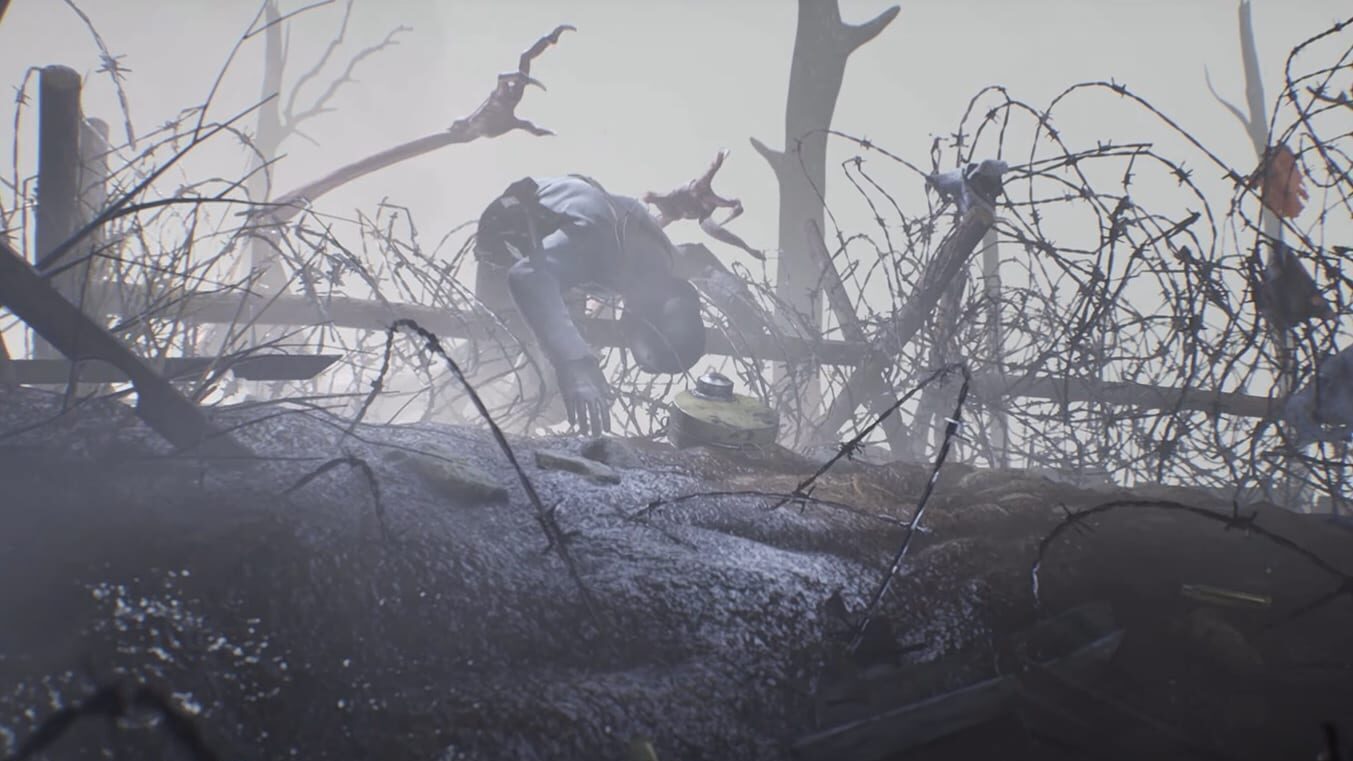 According to a recent press release, Ad Infinitum is a story-driven experience that places players “into the nightmares of a First World War soldier”. Check out the trailer below!

Ad Infinitum’s “re-reveal” doesn’t give too much away. However, back in 2015, we were given a glimpse of the game’s terrifying trench setting. While Nacon hasn’t clarified whether Ad Infinitum has changed since that first trailer, the game still seems to feature a similar aesthetic.

So, what about the last trailer’s weird looking slender man thing? Well, it’s back! However, this time it seems to be sneaking around the battlefield, praying on fallen soldiers. Now, I don’t know about you, but if this thing’s role is to stalk the player in a similar fashion to Alien Isolation’s Xenomorph, I might have to sleep with the light on for a few years.

While many horror fans will be delighted to hear that Ad Infinitum is still in the works, the game apparently won’t release until 2023. While Nacon hasn’t confirmed the project’s status, it feels like the game has had a few false starts throughout its development.

Hopefully, we’ll get to see more Ad Infinitum gameplay footage as its development progresses. While the horror game’s release is still a while away, perhaps Nacon’s involvement will help prevent project radio silence.

Are you eager to see more Ad Infinitum? Let us know on our social media channels!