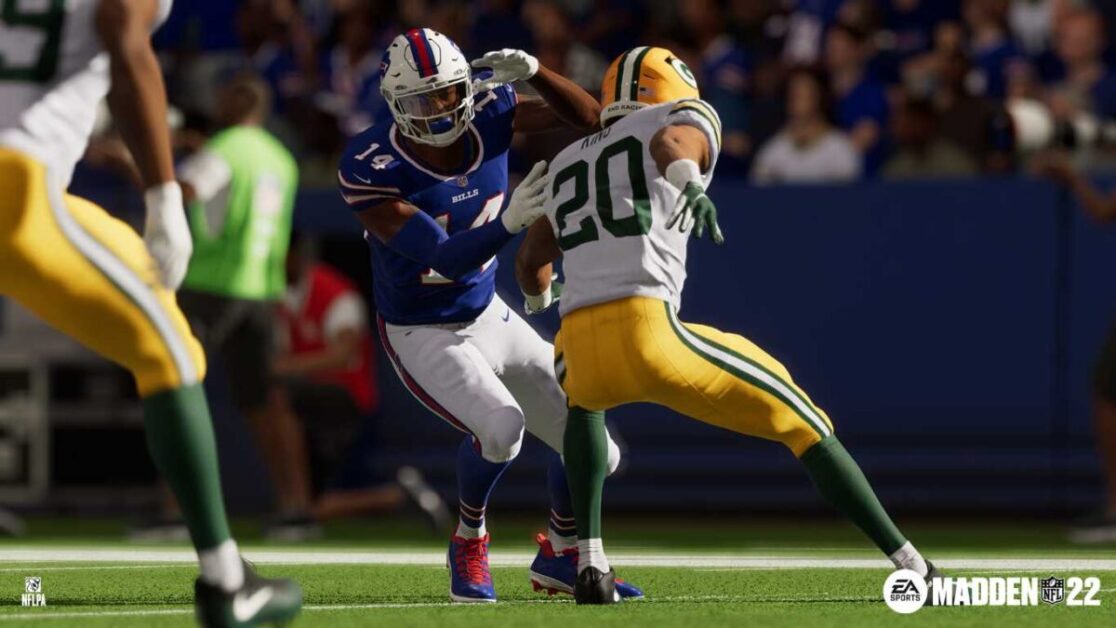 Less than a month after its release, MADDEN NFL 22 is free to play for this weekend only.

Everyone loves a free game, but rarely do we get the opportunity to play something for free so soon after it comes out. EA’s MADDEN NFL 22 released just a couple of weeks ago on August 20th, but the publisher is already opening up the game for free for a limited time only.

From September 9th through until September 12th, players can download and play the American Football game entirely for free. It’s available on all platforms, including PlayStation 4, PlayStation 5, Xbox One, Xbox Series S|X, and PC via Steam.

The trial version is only limited in time, too. That means you will have access to all of the content available in the base game, including the recently added ‘Campus Legends’. The new event in the Superstar KO mode brings ten college football teams to the game, never before seen in an NFL game.

“We want to give football fans everywhere, who are excited for college football and the start of the NFL Season, the opportunity to play what’s new in Madden NFL 22,’ says the game’s executive producer Seann Graddy.

As the game remains free to try, the MVP edition is also receiving a decent discount of 25%. It’s certainly worth considering if you end up liking the game after trying it for free!

Plenty of other games are also free!

All in all, there are plenty of opportunities to obtain games for free right now. If you’re quick, you might still be able to redeem a free copy of Far Cry 3 on PC. Likewise, Knockout City is also free to redeem on the Amazon Prime Gaming service this month.

Be sure to keep an eye on the GameByte front page for more news about free games!