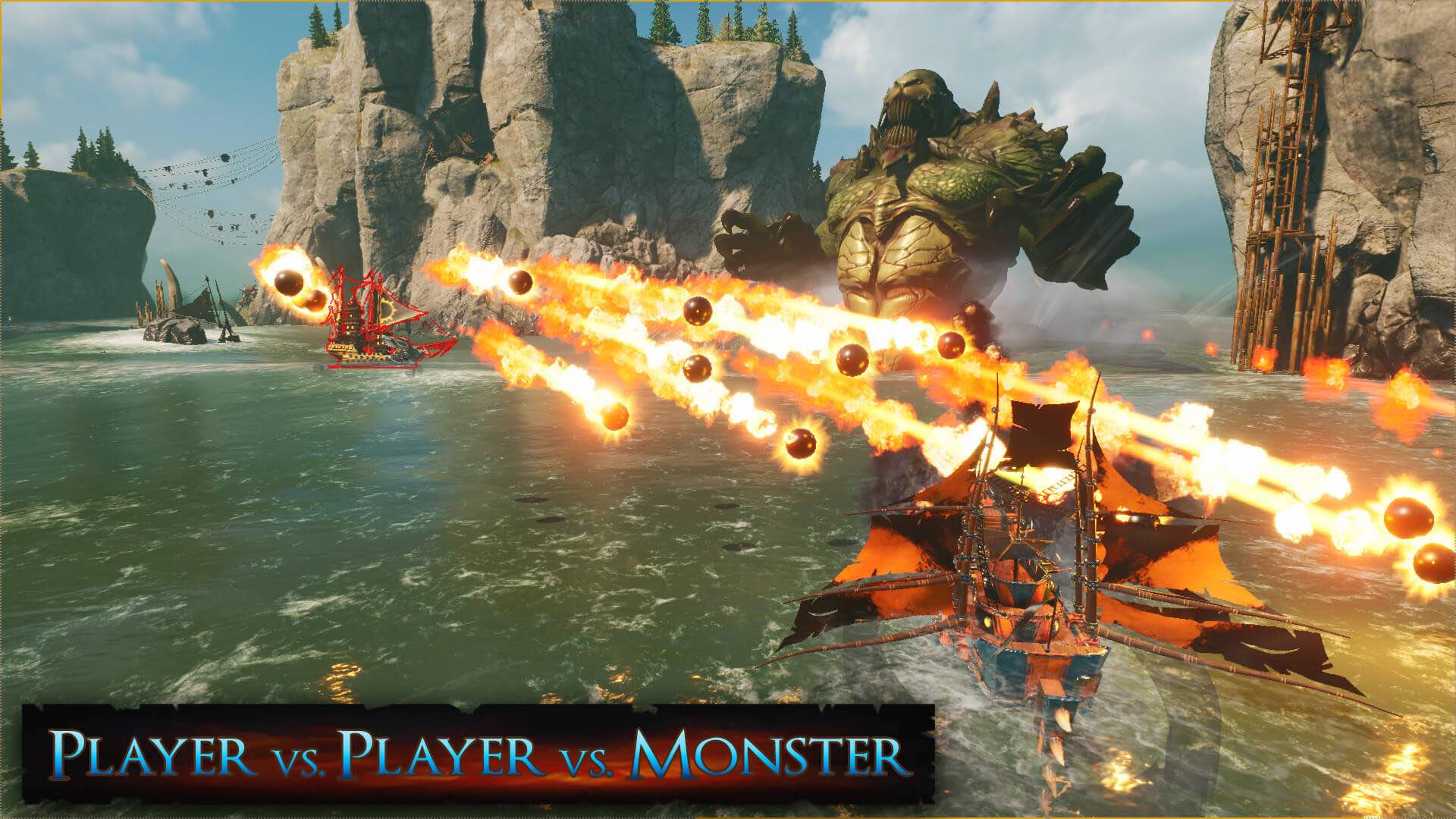 You’d be easily forgiven in being fed-up with the Battle Royale genre, whether it be Fortnite, PUBG, Day Z or even the likes of Apex Legends and the most recent addition, Call of Duty: Warzone.  It’s a genre full of clones, trying to get a piece of that sweet cherry pie.

However, there are some developers out there that try something a little different with the tried-and-tested formula, such as Arika’s brilliant Tetris 99 for the Nintendo Switch.  But what else is out there?  Well, plenty, but it’s like looking for a needle in a haystack for something different.  Thankfully, we have one such recommendation and it involves pirate ships and Battle Royale!

The game in question is Maelstrom, currently on Steam via Early Access from the fittingly named, Gunpowder Games.  As crazy as it might sound, the more you think of it, the more it sounds like the concept should work and judging by the community reaction on the Steam reviews, that most certainly seems to be the case.

Not only can you battle it out against other players to be the Black Beard of the Seven Seas, but you can customise your pirate and ship to your heart’s content, it features giant monsters that try to sink you to the bottom of the ocean, the game is regularly supported with content updates, there’s plenty of DLC on the way and best of all, its Free-to-Play!

If you’re stuck at home and looking for something different to play to banish your isolated boredom, you can download Maelstrom for free here.

Have you already played this pirate battle royale?  We’d love to hear your thoughts across our social media channels.