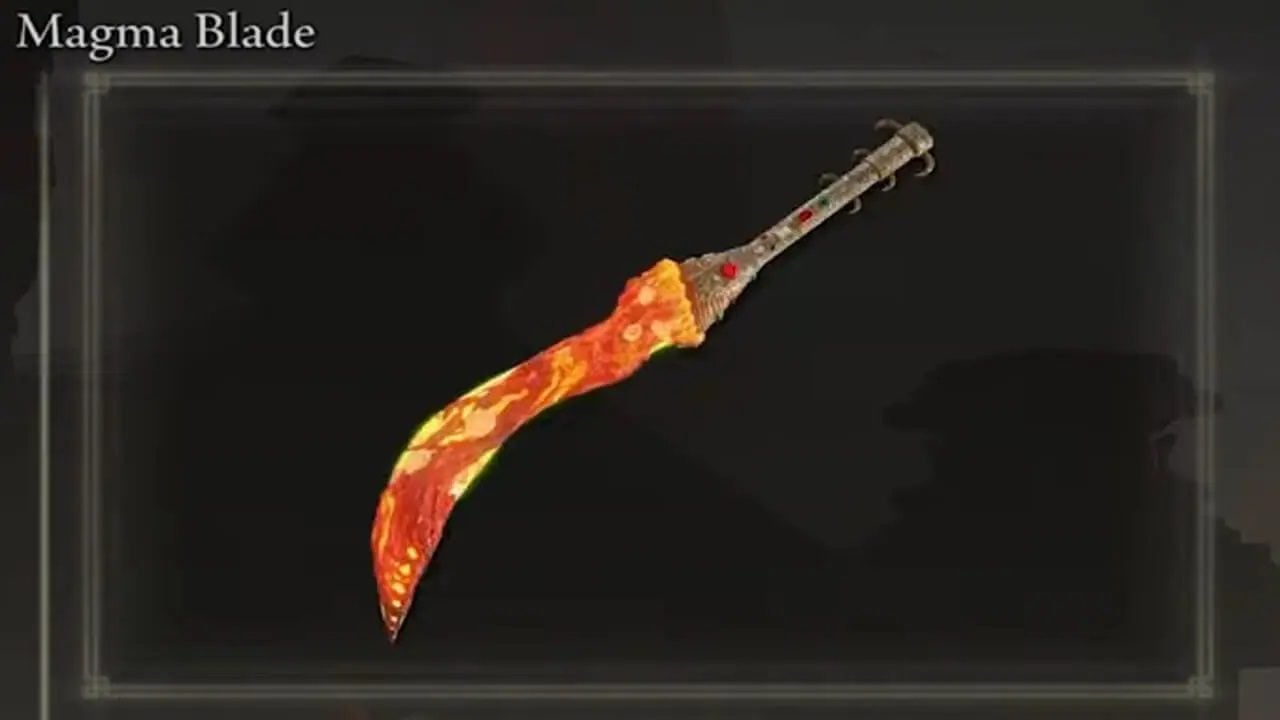 The curved Magma Blade Elden Ring sword is literally crafted from the lava of Mt. Gelmir that deals fire damage, believe it or not. It scales primarily with Strength, Faith and Dexterity, making it yet another good Dex weapon found in the Lands Between.

It’s said that the Magma Blade in Elden Ring was crafted by the Man-Serpents, seeing as humans can’t touch larva. Well, we can’t really touch anything that hot being honest, so making a literal larva sword is going to be a challenge.

The issue with finding the Magma Blade is that it’s randomly generated, so players need to be ready for a bit of a grind fest when finding this one. They’ll be two Man-Serpents wielding the Magma Blade when a player’s luck falls into place at the Volcano Manor. The manor can be found at the Temple of Eiglay by taking the lift to the right and heading forwards whilst keeping to the right of the balcony.

Next, jump over the balcony to the right towards the magma slugs and make sure to stay clear of them as the path is followed straight ahead. Once players find the building to the right, make sure to head through a window instead of tackling the Abductor, unless players fancy the fight of course.

Once inside players should turn right and head back outside, which is where the first Man-Serpent is. Once felled, go up the left-hand staircase and stick to the right-hand side of the building. Players should take this opportunity to go left instead of right to find a lift that will take them to a Site of Grace, which is an ideal save location for farming the Magma Blade. Next, go down the descending staircase to tackle the second Man-Serpent.

If neither of the Man-Serpents was carrying the Magma Blade, don’t worry about it. Just head back to the Site of Grace and try again!