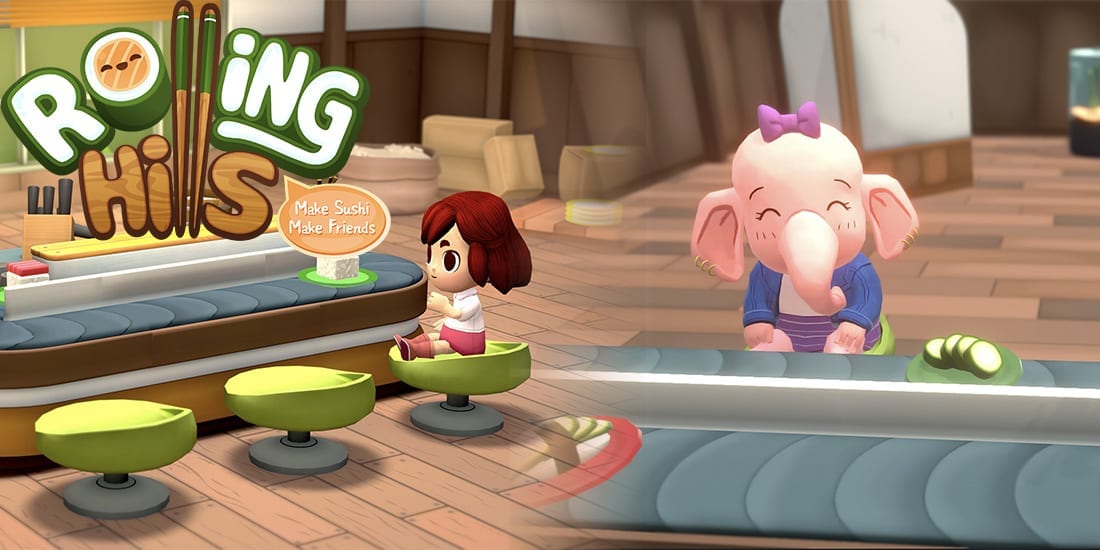 If Animal Crossing: New Horizons has proven anything it’s that there’s more than a huge market for life sims with cute animals, and if you’re looking for a new game to get excited about then you’re going to want to keep Rolling Hills on your radar.

From developer Catch and Release, Rolling Hills promises all the relaxing calm of your favourite life simulations, along with a whole heap of sushi.

The game will see you opening your own sushi restaurant in the sleepy village of Rolling Hills and it’s up to you to make your business a success. You’ll need to build your business from the ground up, making friends and and improving the lives of your neighbours as you go. Of course you can’t run a sushi restaurant without making a lot of sushi, so you’ll need to purchase the ingredients and get good at each and every recipe!

It’s not all about the food though, as friendship will be a core element of the gameplay. Hanging out with friends at the local trivia quiz night, playing a roleplaying game or just chilling out together at the local cafe will also feature. You’ll have more downtime than you might think thanks to the automated sushi bots you can train up to run your business when you’re not up for a day at work.

Rolling Hills is already looking – and sounding – like one of the most delicious games we’ve seen in a while. Sadly we don’t yet have a release date for the game, but we do know it’s heading to PC with a potential console release later down the line.

You can keep on top of Rolling Hills’ development over on Twitter here, or wishlist it on Steam here!