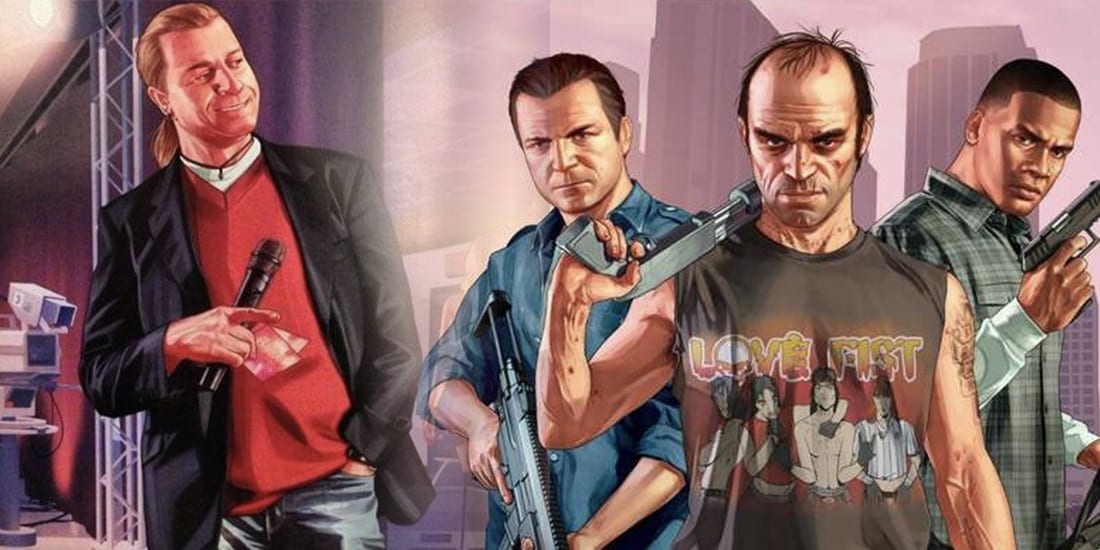 Lazlow Jones is synonymous with the Grand Theft Auto brand thanks to his roles as writer, producer and even in-game DJ.

Jones has appeared in almost every GTA game, spanning from Grand Theft Auto: Vice City Stories all the way to GTA 5 and GTA Online. Sadly, the Rockstar veteran of nearly 20 years has reportedly left the company and is now working on productions for Netflix and Disney.

Earlier this month, YouTuber GTAmen noticed that Lazlow’s LinkedIn profile had been updated, showing that he had left Rockstar Games in April of this year. Though that’s definitely sad news, it seems as though there’s no shortage of projects for Lazlow, who cites a number of new roles under his belt.

As reported by GamesIndustry.biz, Lazlow is now developing new shows for Netflix and Disney, while also working with a Comedy Central writer on another project. He also writes on LinkedIn that he’s consulting on a video games project for an unnamed company.

It’s believed that Lazlow’s departure from Rockstar Games may also have been in order to help provide care for and spend time with his sister, who has been diagnosed with accelerated cancer.

In a heartfelt Instagram post from last week, Lazlow talks about his role as primary caregiver, telling fans: “Hopefully you can reach out and be kind to a friend or stranger, as it makes all the difference in the world, as we don’t know how long we’ll be in it.”

Getting off a plane from New Zealand in 2018, I received a phone call that changed the direction of my life. It was my sister informing me she has accelerated cancer. Shortly thereafter my father had a diagnosis as well. And then my mother had heart surgery. I became the primary caregiver for my sister and spent hours each week in chemo wards, navigating health care insurance drama, insane expenses, late night emergency room trips, cooking, cleaning, cursing, nursing and attempting to help a person to keep trying even as they know they are dying. It is beyond stressful. During the journey, I transferred her to Memorial Sloan Kettering, which is rated as one of the top two cancer hospitals in the country. The staff, care and technology at MSK is incredible. Last year during intense chemo, she said she wanted to go to Norway before she died. So I booked plane tickets and took a very sick girl on the trip of her dreams. When the pandemic hit it made the situation radically difficult and even more onerous in caring for someone with cancer. But it exposed and strengthened a lot of solidarity among friends, family and neighbors you used to barely speak to as people rallied to fight an unseen enemy, look after each other, and unite to get through an insanely stressful and challenging time. Journeys begin and end, and this one is nearing the end. Fortunately, I’ve had a lot of love and support from friends through this. Hopefully you can reach out and be kind to a friend or stranger, as it makes all the difference in the world, as we don’t know how long we’ll be in it.

In the same post, Lazlow credits cancer hospital for Memorial Sloan Kettering for their phenomenal help with his sister and family. If you’re keen to find out more about MSK and the great work they do, you can do so here, where you can also donate to help fund the hospital and everything they do to help people like the Jones family.