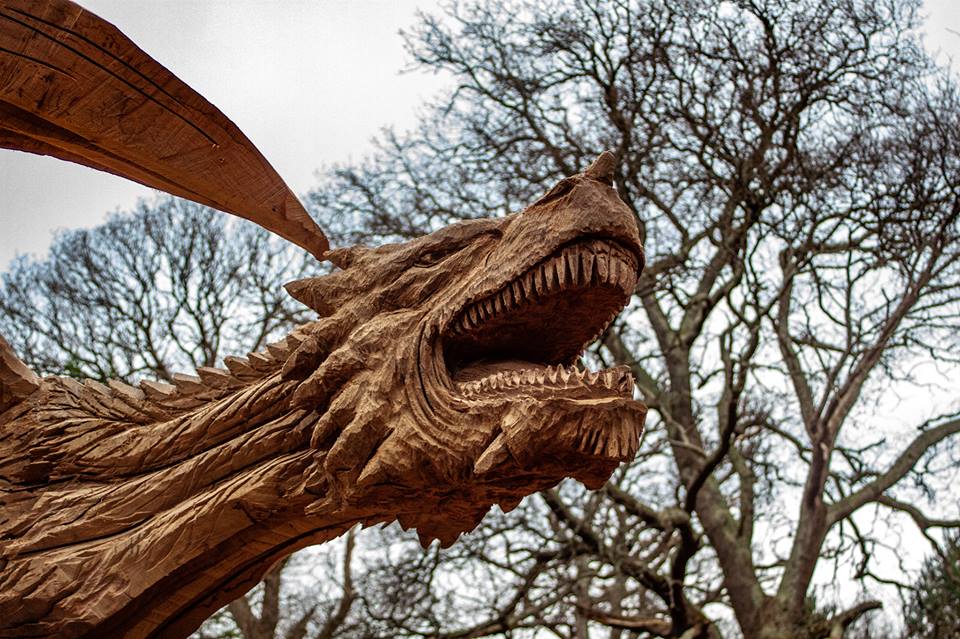 Last month the sleepy town of Bethesda in Wales hit the headlines for its sudden invasion by dragons. Sort of.

Artist Simon O’Rourke is the expert behind an incredible dragon sculpture that went viral thanks to its realism, which was actually causing a problem for the congested road the dragon overlooked.

Sitting in close proximity to the busy A5 road, you can see the 6ft tall and 12ft wide dragon, named Y Ddraig Derw, which translates to “The Oak Dragon”, from your car and it’s not only impressed the locals, but also the talent behind HBO tv series, Game of Thrones.

O’Rourke was selected by HBO for its #ForTheThrone campaign, which selected 18 artists from around the world to create a GOT-inspired prop to encase some of the show’s most important props.

O’Rourke has said that he was sent three of the show’s original dragon eggs, and created an exclusive case for the props in anticipation of the show’s final season.

Speaking to North Wales Live [via Daily Post], he said: “It was a victorious moment. I totally didn’t expect the call at all. Before I even knew anything about the project, they made me sign a form to say I wouldn’t reveal what I was working on.

“By November, after I’d agreed, I received the original dragon eggs from Game of Thrones – it was the exact same egg Daenerys had in her hands when she received them in the second series.

“They said all they were telling me that they wanted me to create a new case for the three eggs as if it was being gifted to Daenerys for the first time.

“In the series, they’re in an old-fashioned nest that’s very plain so I wanted to do something that looked a bit more special, something that reflected the sort of organic quality of the dragon.”

As for the Welsh dragon, O’Rourke was commissioned to sculpt the stunning creature for the town of Bethesda, located in Gwynedd. It’s expertly crafted from a fallen oak tree that’s believed to have stood in the area for 200 years.

If you see The Oak Dragon, let us know!