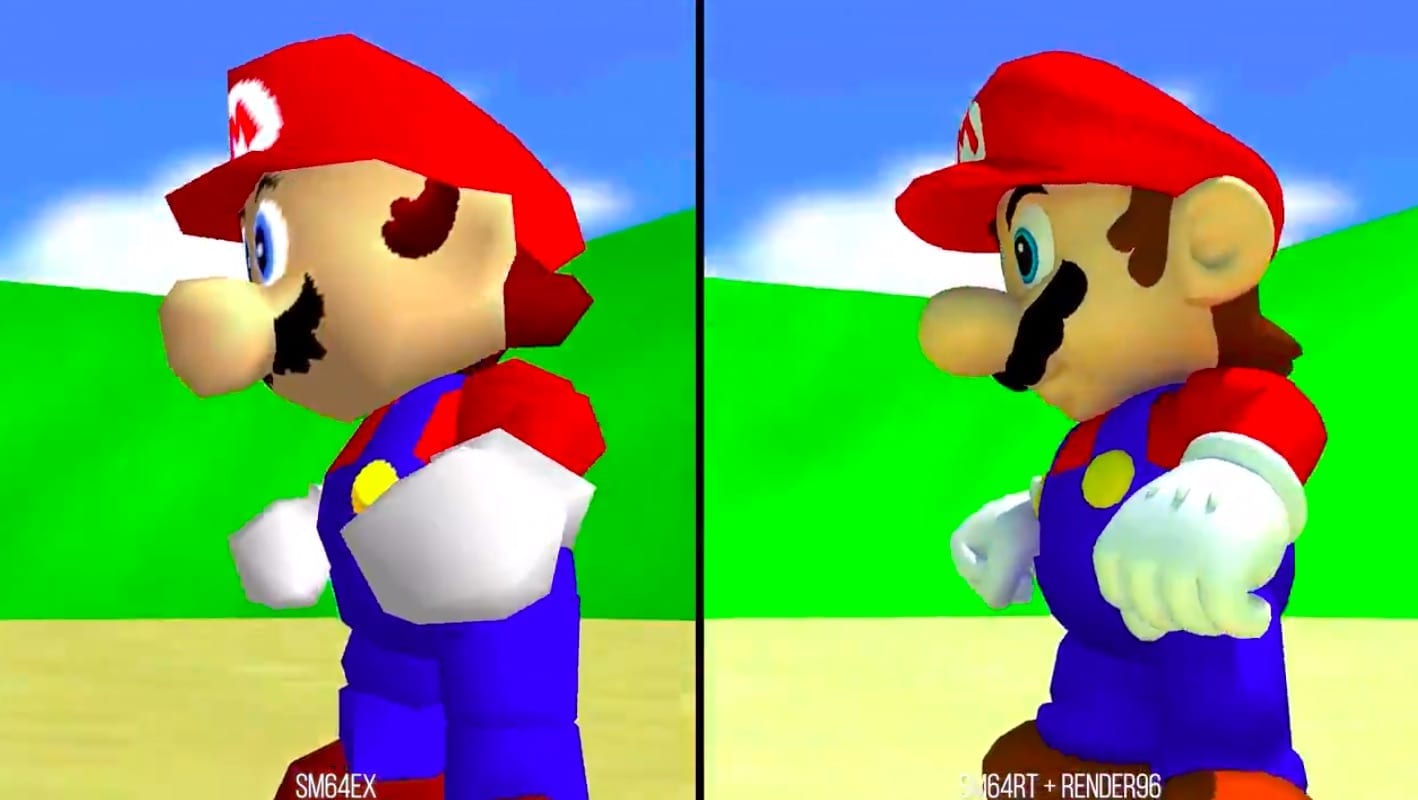 When Super Mario 64 launched way back in 1996, it featured mind-boggling 3D visuals. By today’s standards, the game looks a little rough, thanks to the fact that 3D games age like milk. However, thanks to the wonders of technology, and the magical appearance of a Mario 64 PC port, the game now looks like a launch title for a future Nintendo console [via Kotaku].

Recently, the team at Digital Foundry had a look at Super Mario 64’s 3D port and its graphical finesse. Of course, the game’s newfound visuals are thanks to the work of two developers, Dario and Render96, who have worked hard to give the game modern features like ray tracing and HD character models.

As you’d perhaps expect, the game looks less like a piece of video game history and more like a modern Mario title. When you consider the fact that Nintendo’s own Switch version of Mario 64 was a straight-up port, the fact that modders have transformed the game to this extent is extraordinary. Even when compared to the likes of Super Mario Odyssey, the plumber’s revitalised 64 outing really stands up.

To some Nintendo fans, Mario 64’s PC port is a blessing. This is largely down to the fact that the game isn’t freely available on the Nintendo Switch.

Sure, the Super Mario 3D All-Stars collection is still currently available physically. However, eventually, the game’s only Switch port will only be available on the second-hand market. While there are other versions of the game on the Wii U’s eShop and, of course, the original Nintendo 64, not everyone can be bothered investing in old hardware.

While Nintendo is more likely to issue the project a DMCA takedown notice, perhaps there’s a chance that it’ll feel inspired by what Mario 64 has become, prompting it to make a port of its own.

Looking for a copy of the Super Mario All-Stars 3D Collection? Why not grab one at the GameByte Shop!

Gran Turismo 7 Will Only Feature Ray Tracing During Replays

Games Out This Week: Mario Golf, DnD, JRPGs And More