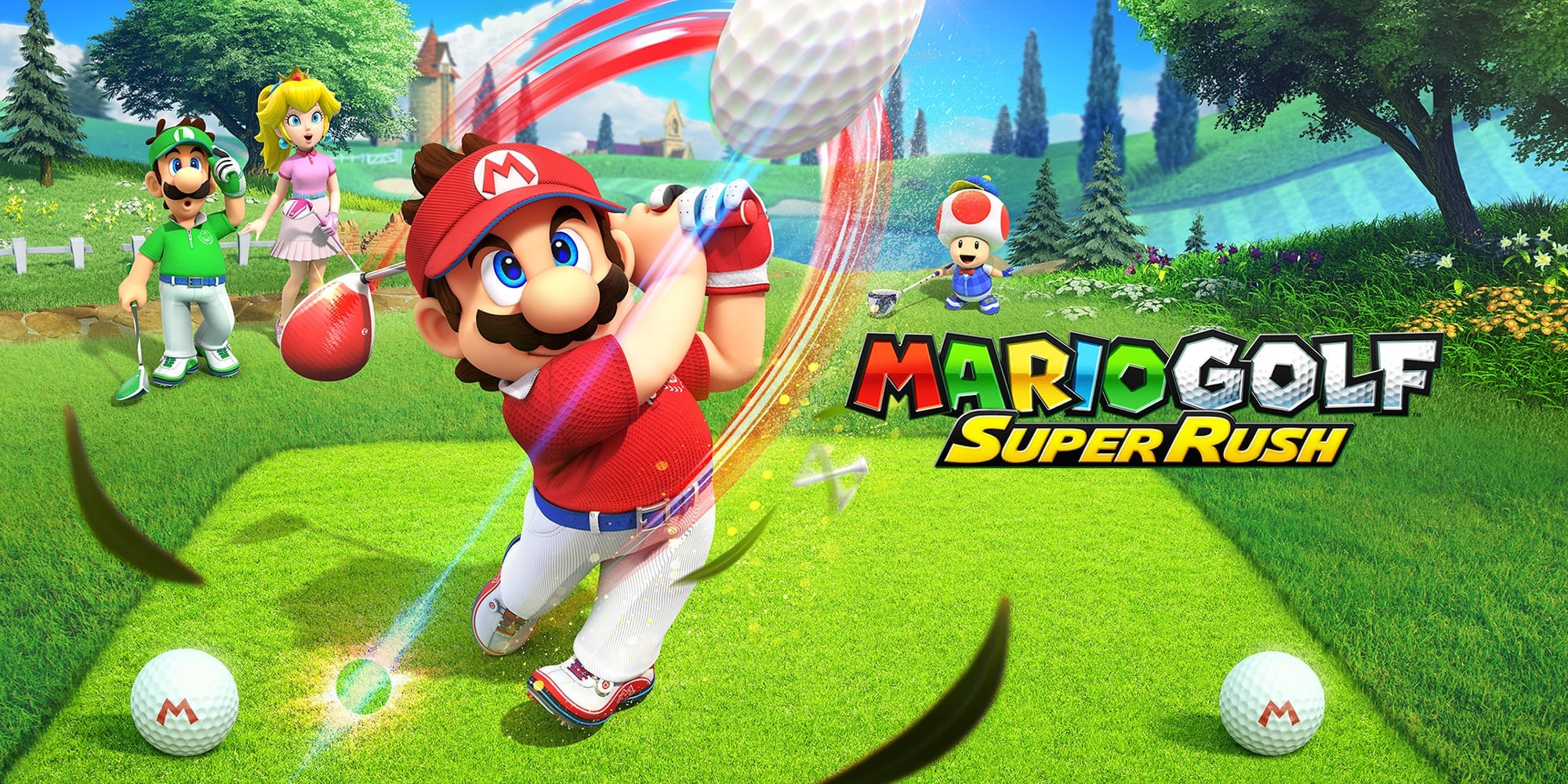 It’s-a time for more Mario, as Mario Golf: Super Rush has landed on Nintendo Switch to spice up your summer with some competitive golfing action. If Super Rush is on your wishlist, why not pick up your copy from the GameByte Shop? At the time of writing it’s £43.95.

What is Mario Golf: Super Rush?

Super Rush is the latest game in the Mario Golf series, with Mario’s last outing taking place seven years ago on the 3DS. Despite being described as “golf”, Nintendo’s take on the sport is worlds away from reality. Just like every sporting event in the Mushroom Kingdom, the rules are somewhat warped in the name of fun.

As you’d perhaps expect, Super Rush plans to take full advantage of the fancy motion-sensing hardware within the Switch’s Joy-Cons. Super Rush’s trailer demonstrates the accuracy available to players by using motion-controls, which looks to be pretty precise.

Players will have complete control over their shots, making the whole experience feel almost like a real game of golf (just ignore that giant lizard across the lawn).

Mario’s latest golfing holiday also features a new Speed Golf Multiplayer mode, which is a complete contradiction to the sport’s usual pacing. This mode transforms the game into something that’s as manic as Fall Guys, with an emphasis on being first to reach the end of the course. Each character can use powerups and abilities to help them traverse the game’s elaborate golf courses, with the ultimate goal of getting your ball into that finishing hole.

If you like some context with your sporting events, then Super Rush also has a story mode. This adventure has players ascending through the golfing ranks, facing off against familiar faces to become the Mushroom Kingdom’s next Tiger Woods.

Pick up Mario Golf: Super Rush for your Nintendo Switch collection from the GameByte Shop, open to UK residents only! The game is out now on Nintendo Switch.