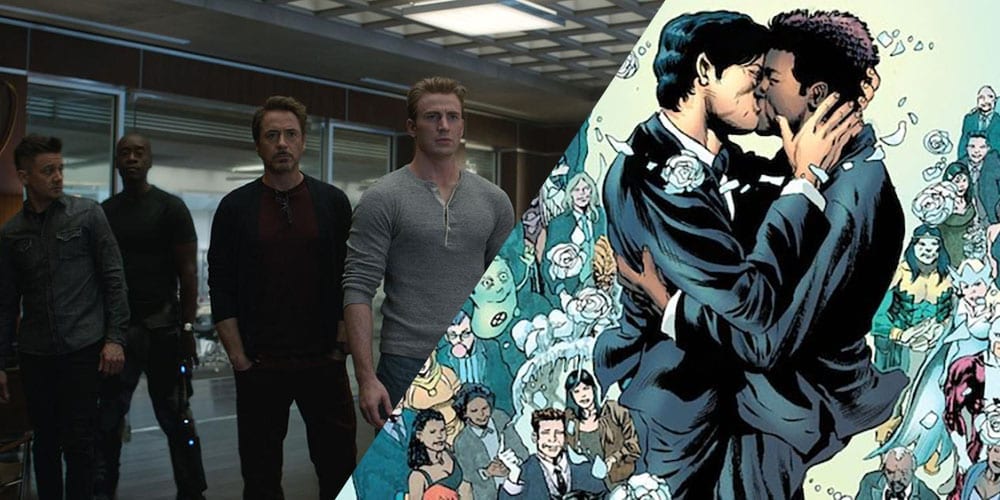 It has taken 22 movies to get there, but the Marvel Cinematic Universe finally introduced us to its first openly gay character in Avengers: Endgame. He didn’t have the biggest role but nevertheless it was an important one.

With the tides changing, high up Marvel employees have confirmed that there are more LGBTQ+ characters on their way into the world’s highest-grossing franchise.

Speaking to Vulture, Victoria Alonso — the MCU’s executive vice-president said that she hopes the rainbow flag will keep flying. “We’re just determined to have it be how we do it,” said Alonso. “And if we do it, maybe somebody else will do it. I encourage every studio, every indie production company, every filmmaker out there to make an effort.”

“It’s a priority to have authenticity, to increase representation, to give greater representation to actors who have not traditionally been represented in mainstream movies on the big screen.”

The openly gay man (played by director of Avengers Endgame – Joe Russo) explains how he went on a date with a man. Both struggled to come to terms with losing half of the galaxy’s population along with their partners and broke down. Joe’s character apparently made it to dessert of his date meal before he burst into tears. However, it appears romance is on the cards because he says he’ll see his date again. I hope they are happy now – I also hope we see more of this characters story in later films.

Audiences have vented their frustrations on Twitter and called out the Russos for not making more of this moment:

all of us after finding out who the “first openly gay character of marvel” was pic.twitter.com/1gMVJZdyER

a gay character?? i don’t even know if he qualifies as a character, he was just a glorified extra

the gay character in endgame is so disappointing pic.twitter.com/OaRQt4zhu2

mcu moments that were gayer than gay joe russo:

So it took Marvel 22 movies and the elimination of half the population to find a single gay man in their cinematic universe? pic.twitter.com/7lMKYWHj2g