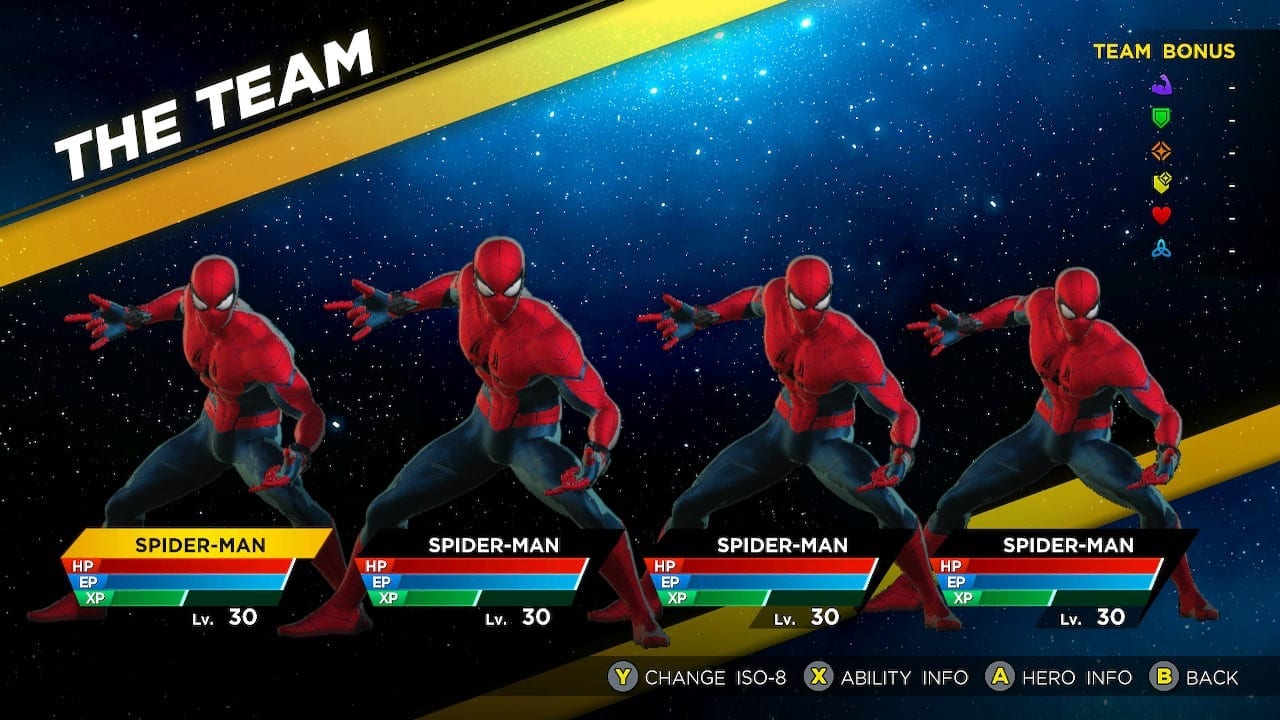 There are few things that are better than Spider-Man, but you know what definitely is? FOUR SPIDER-MANS…or should that be Spider-Men?

A glitch in the recently-released Marvel Ultimate Alliance 3 has been discovered thanks to the teamwork of YouTuber Xiphos Gaming and Reddit users ShinobiSekiro and GaijinGhost, and it means that you can harness the ultimate power of your favourite hero for an unforgettable experience.

Whether you want to be a team of four Spider-Men duking it out for glory, or if you’d rather be four Captain Americas or four anything you like, your dreams are now a reality.

All you need to do to make it happen is start up a solo challenge in Infinity trials mode. Your solo challenge starter is the one you’ll be able to make multiples of.

Fail the challenge, return to the lobby, and replace your first-slot character with another.

Again, start a challenge and fail.

Your lineup team will now show two of your original character, and repeating the process will fill up all four slots with your fave hero.

Not only is this is a great way to bash out some character grinding thanks to boosted stats, but you can even take your champions into story mode too. What a time to be alive!

If you want to try it out for yourself you might want to act quickly, because who knows when it’s going to be patched out of the game?

Releasing to huge praise from fans and critics alike, this is a game that’s a must-have for your Switch library.