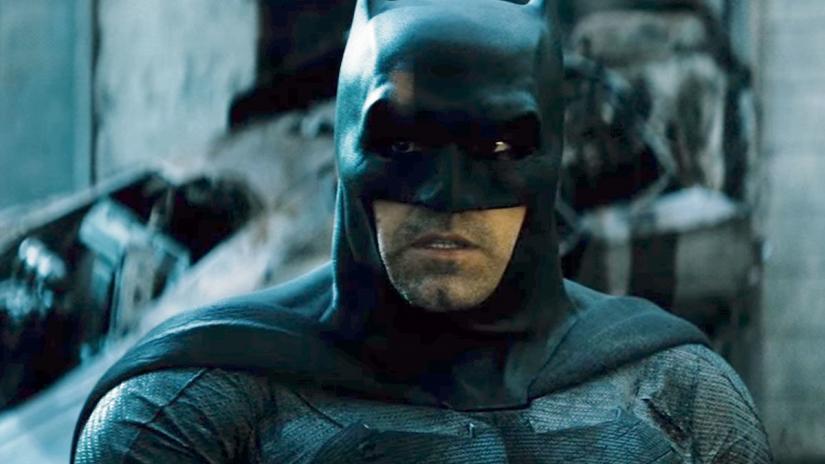 Matthew McConaughey has been tipped to finally make his mark on the world of superhero movies. While the Dallas Buyers Club legend has been championed as the perfect candidate to play Adam Warlock in the Marvel Cinematic Universe, he could put a very different world in his sights.

With Robert Pattinson confirmed to get behind the cape and cowl for Matt Reeves’ The Batman, there’s been a flurry of casting news when it comes to upcoming comic book caper. As well as Zoë Kravitz cracking her whip as Catwoman, Westworld‘s Jeffrey Wright is growing a tache to play Commissioner Gordon in the first part of Reeves’ planned trilogy.

Wild reports suggest Reeves could include up to five villains in his first entry, and now, the latest headlines suggest McConaughey is being touted to play the iconic Harvey Dent, aka Two-Face.

According to We Got This Covered, the 50-year-old could be Gotham City’s unhinged District Attorney and long-running nemesis of the Dark Knight. Although the site has a sometimes questionable history with movie rumours, it’s been spot on with most of The Batman‘s casting so far.

The site reiterates that McConaughey is currently top of Reeves’ wish list, meaning he’s far from being locked in as Two-Face.

Introduced in 1942’s Detective Comics #66, Two-Face is one of Batman’s most memorable foes. On the silver screen, Star Wars favourite Billy Dee Williams played a pre-disfigured Dent in Tim Burton’s Batman. The character was due to transform into Two-Face for Batman Returns in 1992, but Dent was written out to be replaced by Christopher Walken’s Max Shreck.

Elsewhere, Tommy Lee Jones suited up as the coin-flipping psycho in Batman Forever, while Aaron Eckhart played both sides of Dent for Christopher Nolan’s critically acclaimed The Dark Knight. Eckhart’s performance is hard to top, but I can think of few people more skilled than McConaughey to take the challenge.

The Oscar-winning actor would definitely add a sense of star power to The Batman‘s already impressive galaxy of stars. Alongside Catwoman, fans also know Litle Miss Sunshines Paul Dano is presenting all with a cryptic enigma as the Riddler. The likes of Firefly, Poison Ivy, and Scarecrow are also in the mix to appear, so let’s hope Reeves can handle all these famous faces without going full Spider-Man 3 with villain overload.

Even if seeing Two-Face, Riddler, and Catwoman squeezed together in one movie might be a bit much, it’s easy to imagine Dent cameoing before going full Two-Face in the inevitable sequel. For now, we’ll have to wait and see what Reeves is tinkering on in the Batcave.