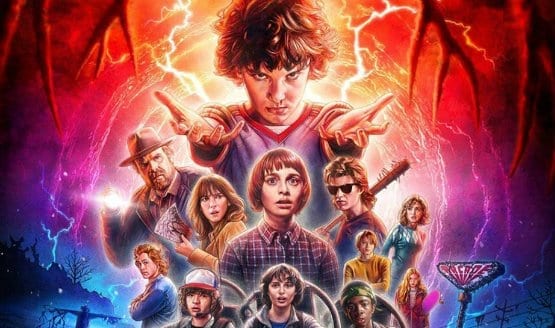 The Duffer Brothers blew us away with Stranger Things Season 3, but it looks like not everyone was completely impressed with the latest chapter of the sci-fi favourite.

Reuniting “The Party”, we saw Mike, Will, Lucas, Dustin, Max, and Eleven face off against more Demogorgons and some sinister Russians. Everything culminated in the spectacular Battle at Starcourt Mall and put the pieces in place for what comes next. However, it wasn’t just the cliffhanger ending of Jim Hopper’s fate that left people frustrated.

With a jump three months into the future and Eleven preparing to leave Hawkins with the Byers family, Millie Bobby Brown said she was “pissed off” the first time she read the ending. Speaking to Elle, the 15-year-old revealed, “I was pissed. I read the script and I was like, ‘What, how is this even possible? Why are they moving away?’”

However, Brown admits she should’ve clocked the twist earlier on. She continued, “They were like ‘Didn’t you read episode 3?’ And I was like, ‘Oh yeah.’ Because Joyce said she wanted to move away from Hawkins.”

Millie isn’t the only one that’s rightly peeved. Being left with that tantalising tease of who “The American” is, we’re probably going to have a long wait before we pick up with what’s next for Eleven. The Duffers aren’t exactly known for their speedy production schedule when it comes to Stranger Things.

Fans are expecting the American plotline to become a major part of Season 4, but I’m calling it now, it’s a little too easy for The American to be Chief Hopper. It’s also interesting to note that Eleven was depowered before the credits rolled and was still without her handy talents following the time jump.

A superpowered Eleven would’ve been pretty handy in tracking down/saving Hopper, but it looks like the Duffers aren’t going to make it that easy for any of us.

Previously speaking to Entertainment Weekly about broadening the show’s horizons, Matt Duffer told the site, “I think the biggest thing that’s going to happen is it’s going to open up a little bit, not necessarily in terms of scale, in terms of special effects, but open up in terms of allowing plotlines into areas outside of Hawkins.”

Ross Duffer added, “Obviously the question of who that American is in that cell and then also what they’re doing with the Demogorgon, is a tease. That’s obviously going to play a huge role in a potential season four.”

Cliffhangers aside, there’s no denying Stranger Things is still as popular as ever and rightly earns itself a place at the top of Netflix’s original programming.