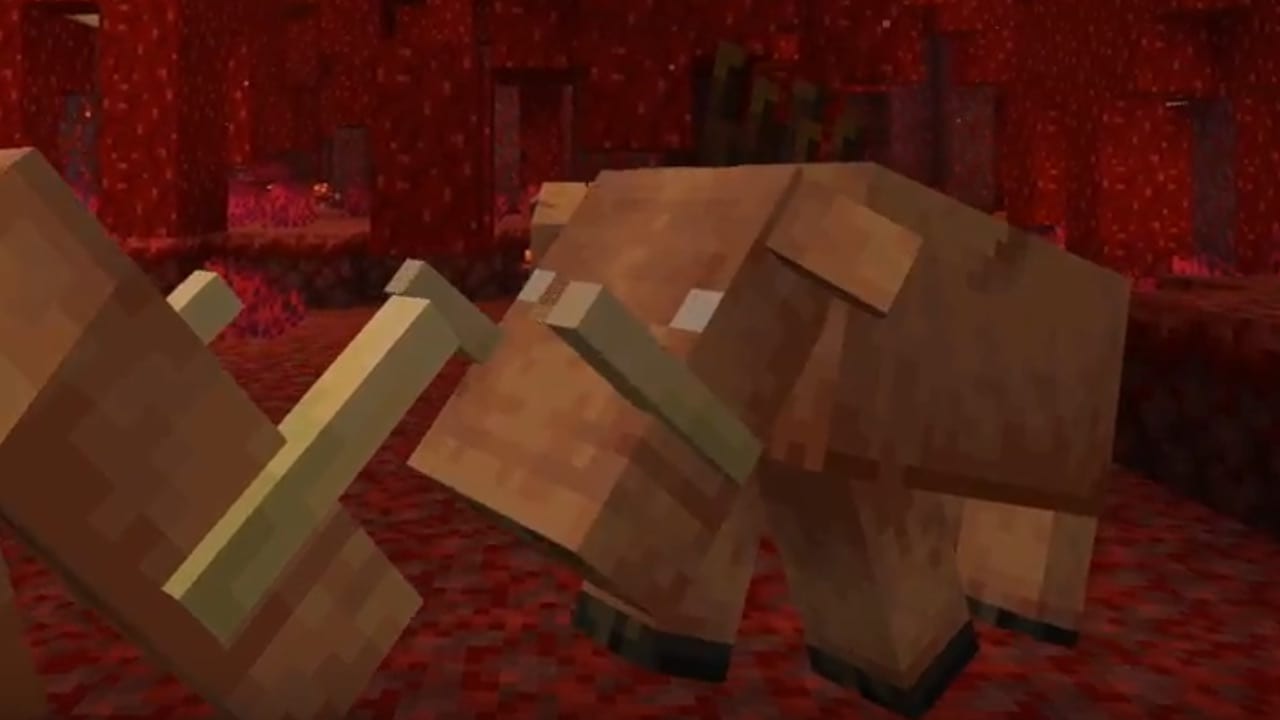 Mojang has announced that Minecraft’s Nether will be seeing some pretty huge changes, and it’s gotten the fanbase more excited than ever.

Announced during MINECON 2019, it seems the Nether will be the next region to get an overhaul which will add new biomes and a whole new civilisation into the mix. Hooray!

Over on the Minecraft website, Mojang confirms the upcoming additions include three new Biomes: Soulsand Valley, Netherwart Forest Red and Netherwart Forest Blue; a new mob known as the Piglins; Piglin Beasts and a new block called the Target Block.

On Piglins, Mojang explains: “We’ve renamed the Zombie Pigmen to Zombified Piglins, and we’re introducing a new hostile mob to Minecraft… the Piglins! Piglins live in the Nether, and are hostile to you and most other mobs. You’ll also find small fortifications they’ve built in the Nether, called bastions.

“Just like the person writing this post, Piglins are constantly on the hunt for gold, which is something you can use to your advantage. Wear gold armour and the Piglins will ignore you… unless you start rifling through their chests. Then prepare for a Piglin battle!

“Want to be more of a Piglin pacifist? It’ll be possible to trade with Piglins, but don’t expect the same experience as trading with villagers. This will be known as bartering and it’ll be far less friendly!”

As for that Target Block, that’s definitely going to be shaking up the world of Minecraft.

Mojang writes: “Shoot the block with an arrow, and it’ll emit a redstone signal. The closer your arrow to the bullseye on the Target Block, the stronger the emitted signal. We can’t wait to see what redstone contraptions you make with this one!”

Here’s a breakdown of everything new that’s coming to the Nether.

Unfortunately it’s not yet known when the new update will be landing, but hopefully it’ll be coming sooner rather than later.