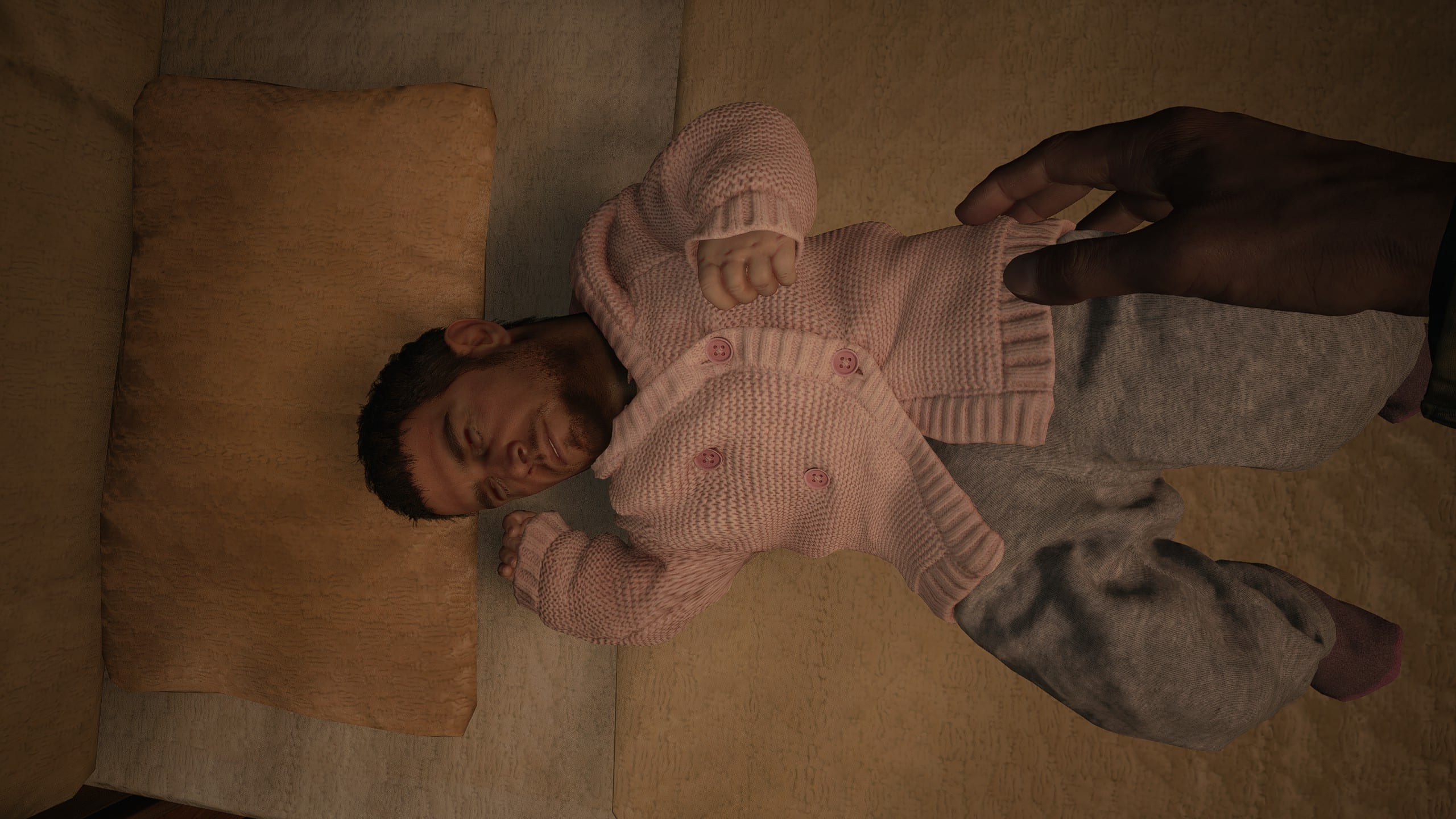 You can now replace baby Rose’s head with Chris Redfield in Resident Evil Village, and it just might be the greatest mod ever!

A common complaint that I’ve seen from fans about Resident Evil Village is that there wasn’t enough Chris Redfield in the game. Thanks to a mod from JTegh, you can now replace the character model of baby Rose with the head of Chris Redfield, and the result is hilarious!

To be honest, it’s not like we see a lot of Baby Rose in the game, but seeing Mia reading baby Chris a story, and then Ethan taking baby Chris to bed is priceless and is alone worth downloading the mod for.

Thankfully for Ethan, this isn’t an official mod, because if it were, I think he would have a lot of concerning questions to ask both Mia and Chris.

The mod is called “Mini Me Chris” and can be downloaded via Nexus Mods. The mod creator JTegh revealed her unquestionable motives as to what inspired him to make this awesome mod.

“This was a dumb joke that popped into my head so I had to do this.” said JTegh. “So the baby actually has facial animations too which work on the mini me. some aspects may look a little weird, but it’s all for the 10 second joke am I right?

“I’ve been told by an insider at Capcom this is actually what they originally planned as the reason why Chris invades Ethan and Mia’s house. However they were afraid of getting in legal trouble with whoever owns the rights to Austin Powers, so they scrapped it. – definitely not a lie I made up.”

I think Mini Me Chris might be the single greatest mod of all time!  What are your thoughts on baby Chris?  Let us know across our social media channels.