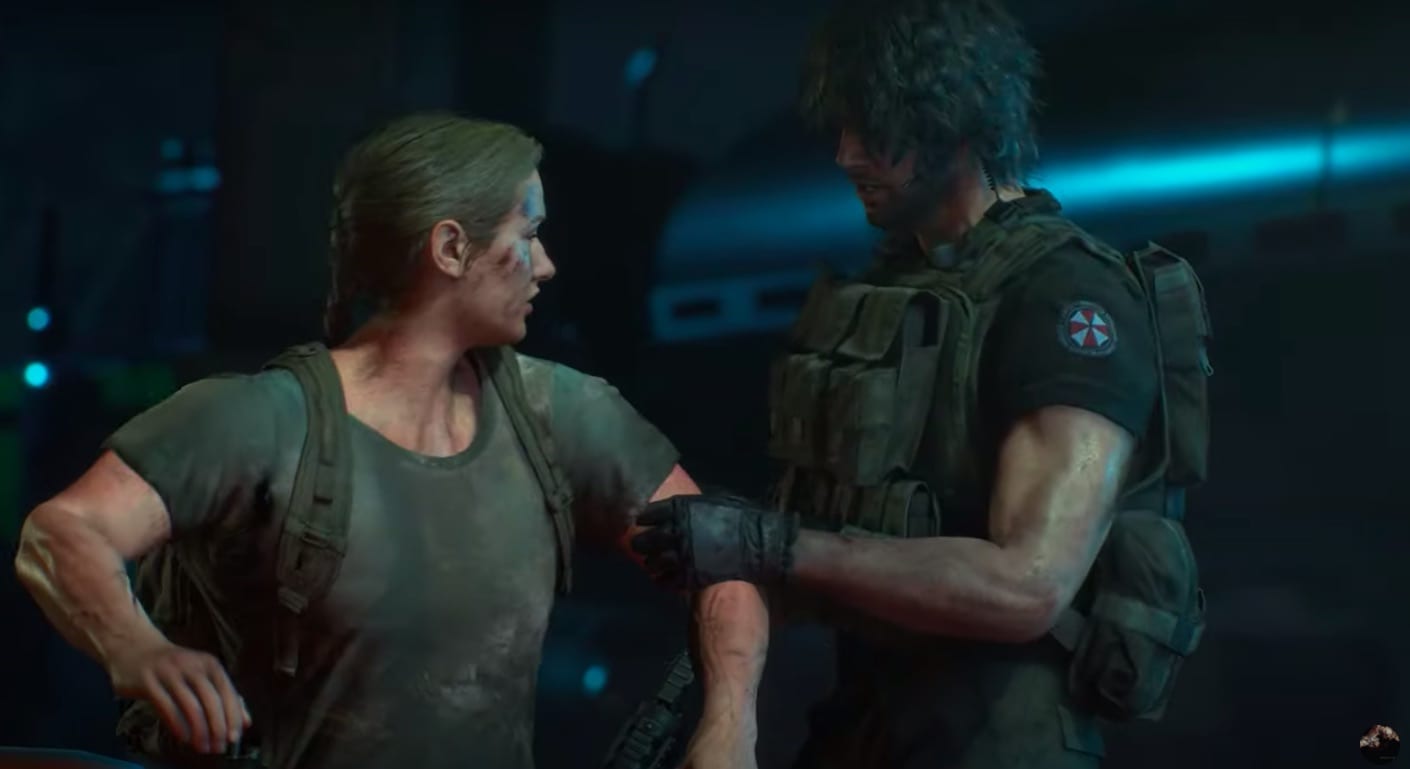 A very talented modder has replaced the character model of Jill Valentine in the Resident Evil 3 remake with Abby from The Last of Us Part 2.

The modder in question is Darkness Valtier and whether you’re a fan of Abby or not, it’s hard to argue that the mod doesn’t look incredible.

How Abby moves, equips weapons, and even down to the facial animations, it all looks quite amazing and oddly, not out of place.

Using the mod from Darkness Valtier, Abby will feature in the entire campaign including gameplay and cutscenes. However, the voice is still that of Jill Valentine actor, Nicole Tompkins.

To be fair, replacing Nicole Tompkins’s voice with Abby actor Laura Bailey, even with the talents of Darkness Valtier, would be a very unrealistic request.

In the very unlikely event that Capcom and Naughty Dog got together to create an official mod featuring Abby for the Resident Evil 3 remake, I doubt the quality would look much different.

Even Naughty Dog, writer, and developer Josh Scherr was impressed with the Abby mod for Resident Evil 3.

“OMG this Abby/Jill replacement mod for Resident Evil 3 is AMAZING,” said Scherr in a tweet.

In terms of The Last of Us, there are mods for Ellie, Joel, and Dina, as well as characters from the Supermassive horror title Until Dawn, Daryl Dixon from The Walking Dead, Heather from Silent Hill 3, John Wick in DMC5, and more.

Honestly, Darkness Valtier’s channel is full of incredible videos and is well worth checking out if you haven’t done so already.

Which mod from Darkness Valtier has impressed you the most? Let us know across our social media channels.

Would you play Resident Evil 3 will Abby instead of Jill?