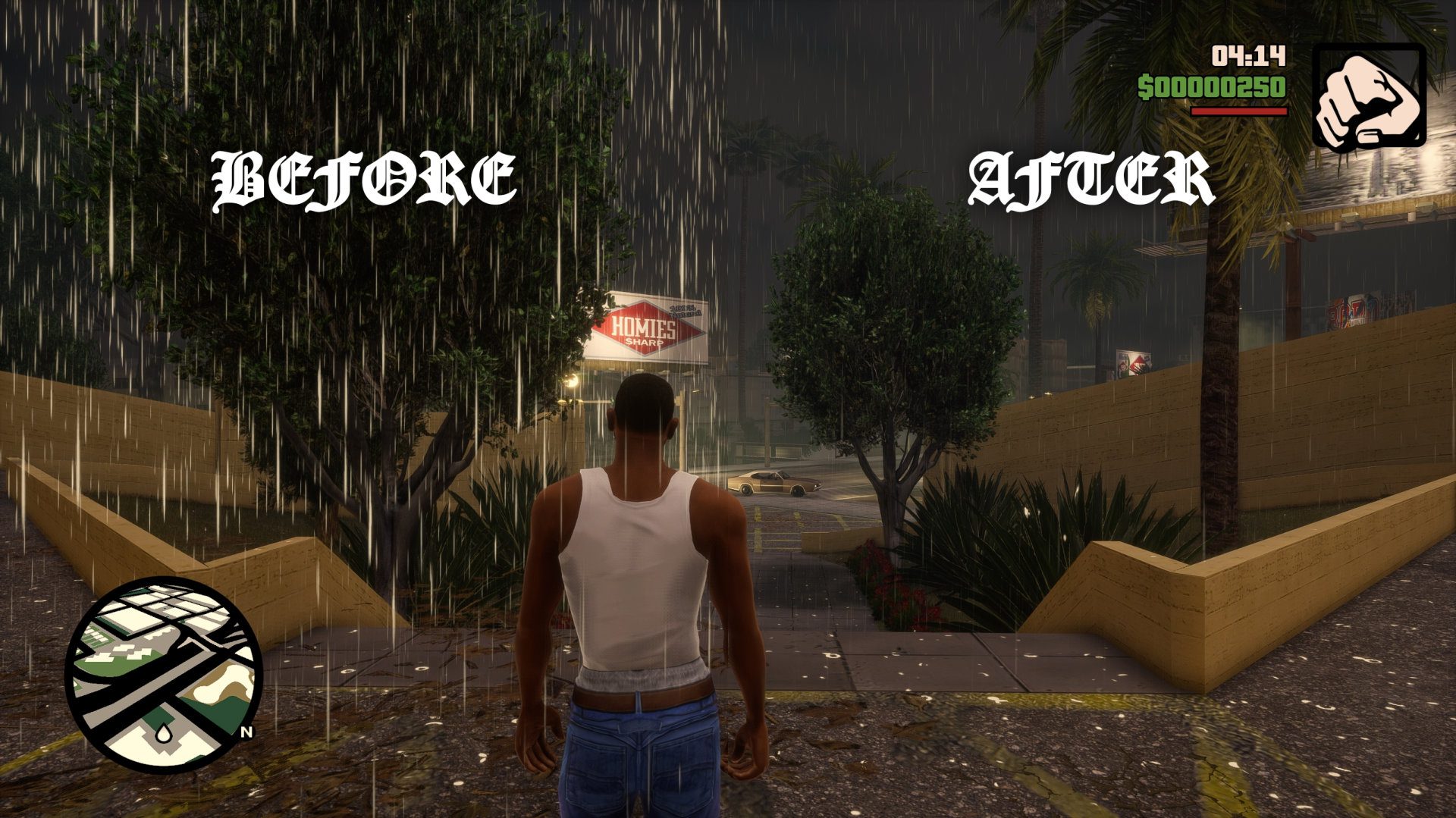 Talented modders are fixing the awful looking rain in the GTA Remastered Trilogy. This despite cease and desist orders from Take-Two.

Unless you have been living under a rock lately, then you might know about the many reported issues of the recently released GTA Remastered Trilogy. There have been reports of glitches, crashes, poor textures, performance and more.

It really is a sad situation for Rockstar Games’ popular trilogy. As reported this week, Grand Theft Auto: The Definitive Edition – The Trilogy is on its way to becoming one of the worst-rated games on Metacritic of all time.

However, one of the many issues that players are experiencing with this remastered collection is the rain animations. To put it bluntly, mixed with its thickness and lack of transparency, it can be very obscuring. Not to mention off-putting.

Are you happy when it rains?

Tech experts Digital Foundry analysed GTA 3: The Definitive Edition and the poor rain effects were a topic of discussion. Other than not looking great and if anything, worse than the original games, Digital Foundry discovered why the rain effects are implemented so poorly.

Essentially what’s happening is that rather than it raining across the map, it seems like a “wall of rain” is following the playable character. This effect has resulted in some graphical glitches and oddities.

However, as reported by PCGamer, while we hope that Rockstar Games comes up with its own fix, modders are already on the case. At least for PC. You can download a free mod via GTATrilogyMods’ Patreon page. But you will need to subscribe to the Patreon page if you want access to further upcoming mods. Though at least this one is free, so thank you.

Furthermore, GTA Forums inSANE666 also has a mod for improved rain effects in GTA 3, as well as updated wasted, busted and menu screens. Additional mods will also go live on Nexus Mods once the whole trilogy of updates goes live.

We’re not sure how long the GTA: The Definitive Edition – The Trilogy mods will remain live on the internet. After all, Take-Two has been going on a takedown massacre of late. So, if you want to take advantage of these mods, you might want to do it sooner, rather than later.

Have you been playing GTA: The Definitive Edition? If so, we’d love to hear your thoughts on the remasters across our social media channels.