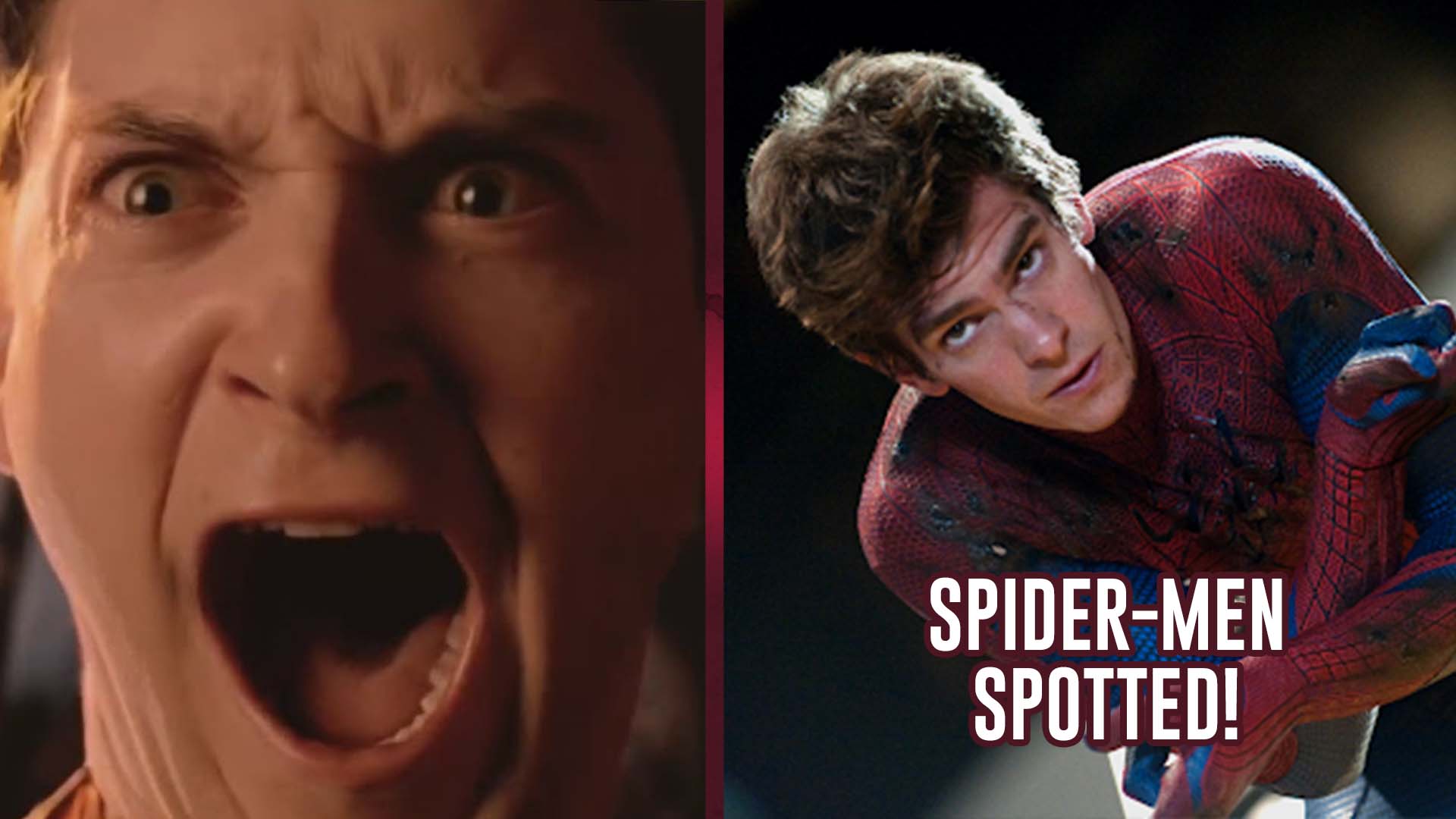 Warning – this article may contain spoilers for Spider-Man: No Way Home.

Marvel has released a brand new trailer for Spider-Man: No Way Home, and fans reckon they’ve spotted more evidence that Andrew Garfield and Tobey Maguire are in the movie.

The question as to whether the legacy Spider-Men will appear in No Way Home is honestly getting a little tiresome at this point, but fans are convinced that the team-up is going to happen. With Tom Holland’s Spider-Man seemingly causing chaos with the MCU multiverse, villains from the previous Sony Spider-Man films are all present here.

This new trailer gives us a far better look at all five of the returning villains. There’s Alfred Molina as Dr. Octopus, Willem Dafoe as Green Goblin, and Thomas Haden Church as Sandman, all from the Tobey Maguire movies. On Andrew Garfield’s side, Jamie Foxx reprises his role as Electro, as does Rhys Ifans as Lizard. We’re just one enemy short of the Sinister Six, but that’s speculation for another article.

In one shot of the latest trailer, we can see Tom Holland facing off against three of these heavy hitting villains. However, fans have noticed one small detail that indicates Marvel might have tampered with some of the footage. If you look closely, you can see Lizard taking what seems to be an invisible punch. All three of these villains seem like a lot for one Spider-Man to take on alone.

Fans are taking this as a sign that both of the previous Spider-Man actors are returning in No Way Home – Marvel is just saving the reveal for when we’re in the cinema.

No web without spiders?

What’s more, this scene in particular lines up with previously leaked set images. Photos of all three Spider-Man actors have surfaced showing the Spidey’s lining up along sets of scaffolding. This looks remarkably similar to the scaffolding we see in the invisible punch scene from the trailer. It could all be a coincidence – plenty of movies use scaffolding, especially on large green screen sets. But I can’t deny, I’m certainly excited to see if all the rumours are true.

Marvel has a history of messing with its movie promotional material. When Infinity War and Endgame released, scenes were heavily edited to throw fans off the scent of spoilers. Naughty Dog did something similar with The Last of Us: Part II. Joel was revealed in one of the early trailers, despite kicking the bucket within the opening hours of the game.

We’re all excited to see Andrew Garfield and Tobey Maguire return as Spider-Man. However, it’s probably for the best that the moment is left for us to experience in theatres. Especially at the midnight releases, you just know the atmosphere will be electric when they all team up.