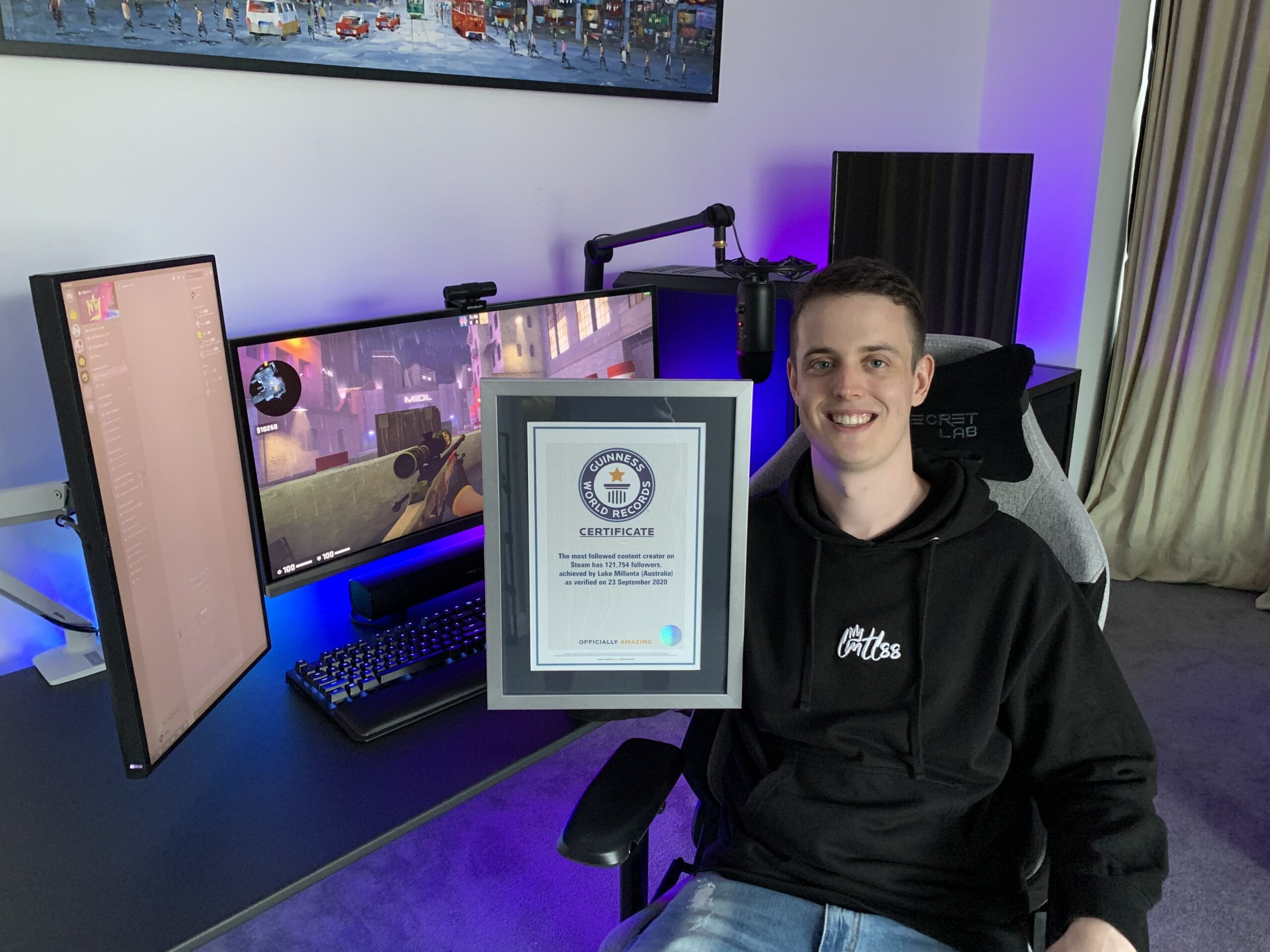 Steam is not only a fantastic place for gamers, but also for content creators. Thanks to the Steam Workshop, gamers with a flair and passion for creating custom content and mods can find an audience, a following and – in the case of Luke Millanta – even a Guinness World Record.

GameByte spoke with Millanta about his incredible achievements, his passion for gaming and how custom content is changing the way we look at games.

Millanta’s extensive back-catalogue of content has been created for everything from Dota 2 to Counter-Strike: Global Offensive, but his personal favourite games to create for aren’t necessarily the ones which see the most success. Instead, Millanta enjoys creating for the games he personally has the most fun with.

“I have had my most success with Counter-Strike: Global Offensive,” says Millanta. “However my favourite game to create content for is actually Team Fortress 2. While it is not as popular anymore, the game is gorgeous and great fun to play (build) with.”

Having been a part of the Steam Workshop program for six years now, we wanted to know how Millanta first got involved with content creation.

“I was looking for something to do outside of my day-to-day work and stumbled across the Steam Workshop,” says Millanta. “I loved playing Counter-Strike and Team Fortress 2 as a kid and being able to develop content for these games was quite appealing!”

Game mods and custom content are rapidly changing the face of gaming. More and more gamers are choosing to create their own improvements for their favourite titles, and it’s altering the way we look at development.

“I think creators like myself are trying to show what is possible and put our own twist on already established games,” says Millanta.

“One notable mod, that changed the way a game is played, is Counter-Strike’s deathmatch mode. Originally created by a game modder, this is now one of the most popular Counter-Strike play modes and has been incorporated into the game’s official build.

“It is safe to say that such a game mode would not exist unless a game modder created it. In fact, without modders, Counter-Strike itself would not exist. Counter-Strike was originally spawned out of Half Life 2 by modders Jess Cliffe and Minh Le. It is now the most played game on Steam and by far Valve Corporation’s most successful game to date.”

“Create things that you want to play and that you enjoy building. That way you will build an audience that likes the creations you enjoy creating,” advises Millanta.

“Some creators become somewhat beholden to their following, and if you don’t enjoy creating that type of content you will get bored [and] creating new content will always be a chore.”

Find out more about Luke Millanta and his creations over on Instagram, or through the Steam Workshop!