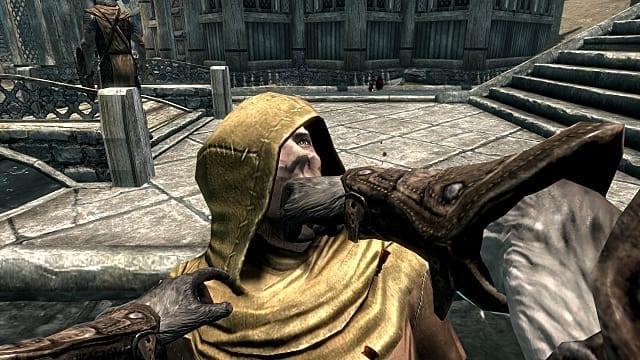 Achievements are great. They let us know we’ve done something exceptional, we’ve succeeded at something, and depending on what it is, they give us a certain amount of bragging rights. Now, climbing Mr.Everest is definitely a bigger achievement than getting a Platinum trophy on a game, but hey that doesn’t make it any less cool.

In most cases anyway. Some ‘achievements’ have us scratching our heads – sure, not all of them make sense in the first place, but there is a long way between an achievement for starting up a game and…well, the ones below.

We’re not talking standard achievements that get you a badge or anything like that – these folks have gone way past that.

1. Reaching the highest level in World of Warcraft without killing anyone 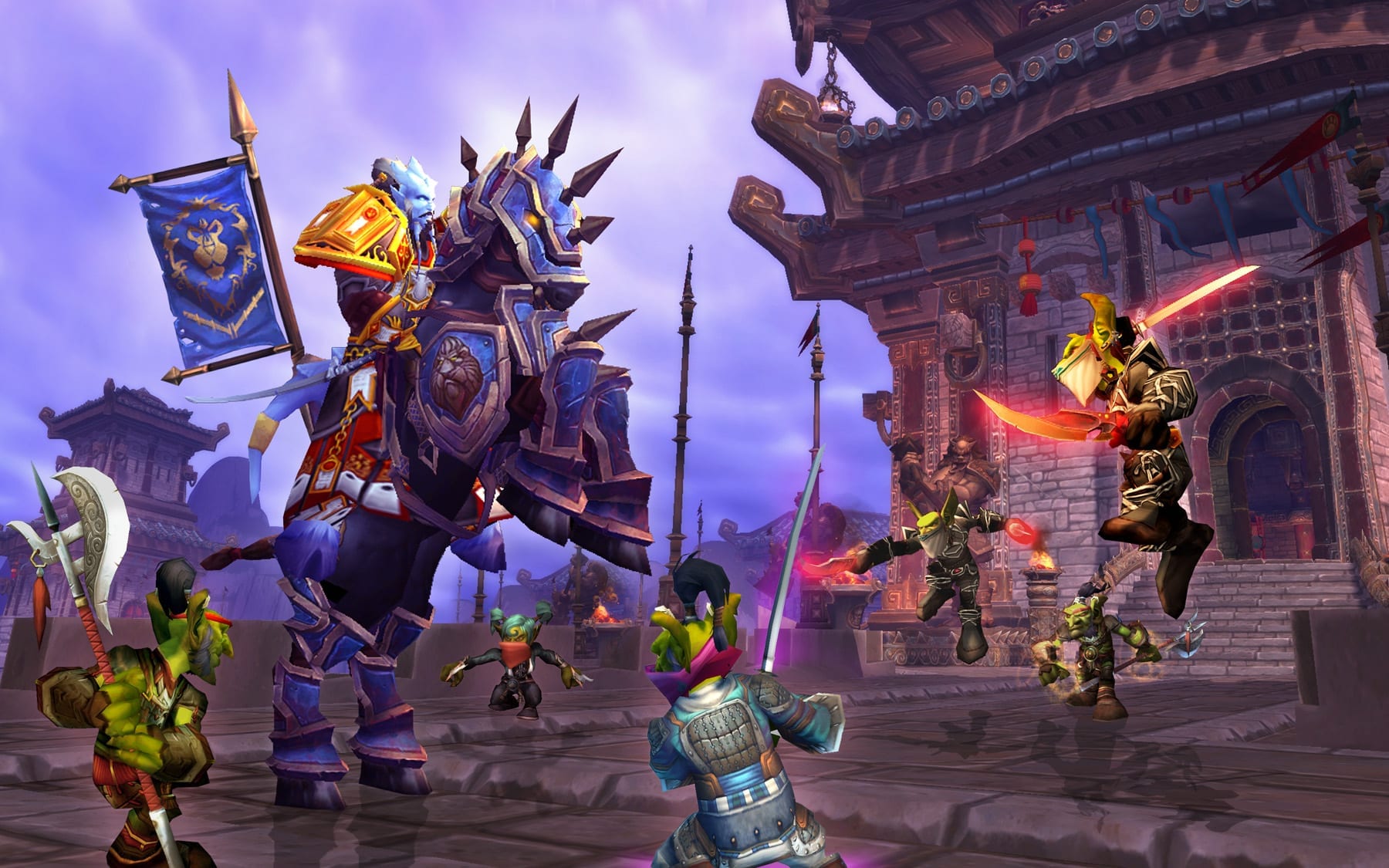 World of Warcraft is a waste of time and money, and one of epic proportions at that. Thankfully, most of its players don’t act like their characters in real life – if they did, the papers would be filled with more murder and mayhem than they already are.

No, most of us behave like normal people in real life, and like violent psychopaths in games that demand this of us. WoW is one of them – it’s all about whacking monsters and the occasional innocent bunny…or is it?

Well, to some people it is not. A certain breed of pacifist players just doesn’t play the game that way. An example would be Noor the Pacifist – they refused to take all quests that required killing other players or characters, etc, and still managed to reach level 80 (max level then).

This accomplishment is a little like beating Monopoly without using any money – it’s kind of ridiculous and pretty impressive. We can only imagine that Noor (and other players like them) spent their days picking flowers and aggressively mining until they eventually, spontaneously, became all powerful. 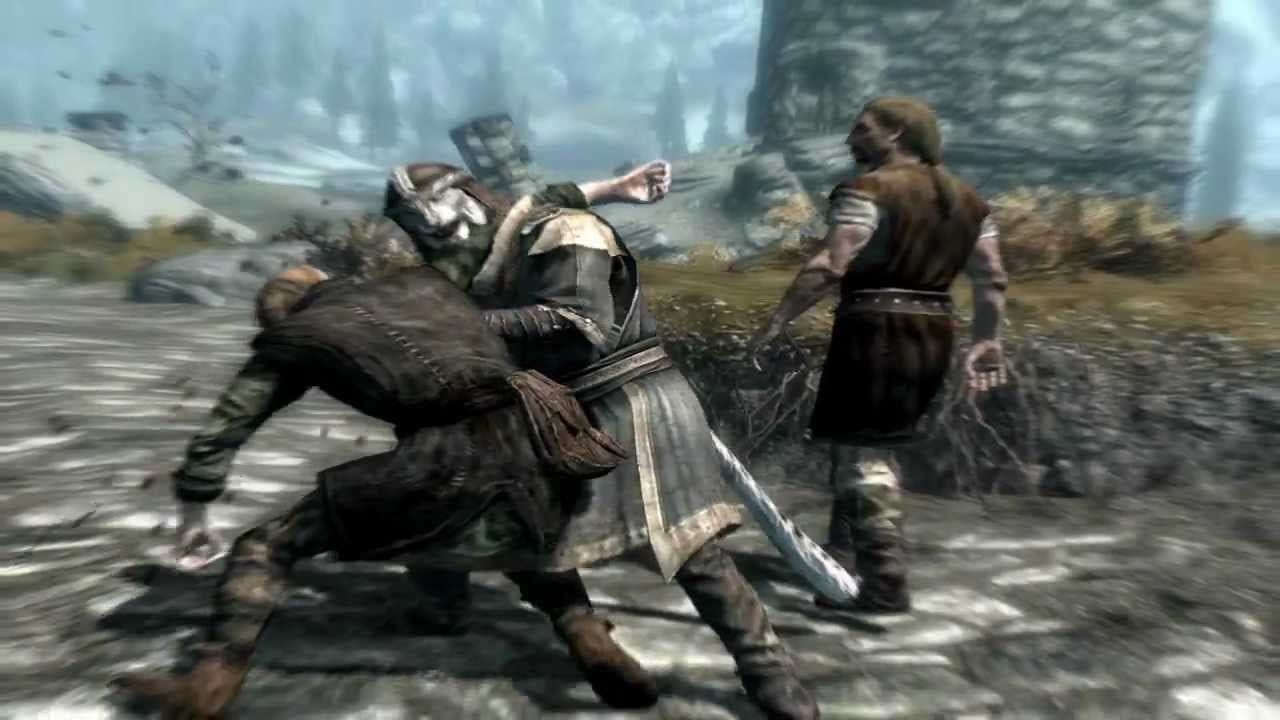 Skyrim is a fighting game that gives you a lot of choices, weapon-wise. That much we all know. We also know that you should probably master the bow first and then move on to whatever else you want. One player however, decided to take an option we didn’t know was an option – he beat the game without ever picking up a single weapon.

This is not because he is some kind of pacifist, but according to, well, himself, he is a ‘f*cking psychopath that enjoys murdering things with his bare hands’. We sure are glad he discovered video games before he discovered his neighbour’s cat.

Hi strategy is deceptively simple – punch a few people for their armour, then punch animals to increase your armour and smithing skills, then proceed to punch until there is nothing left to be punched. For some reason there are certain perks that improve by playing unarmed, making it valid way to play the game.

Kind of anyway, because what the hell dude. 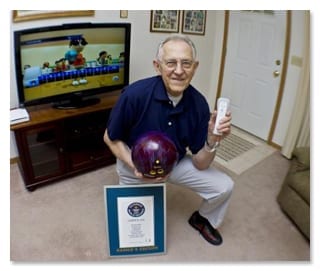 Odds are, you bought the Wii mainly to play Wii Sports on it. You probably played it a couple times, vowed to do so more often to get off the couch more, and then kinda stopped playing altogether. Well, not so this gentleman.

At the ripe age of 85, he has played nearly 9000 perfect games of bowling. John Bates from Wisconsin actually received a Guiness World Record in 2010 for scoring the perfect 300 points 2850 times in 2 years – an accomplishment we can only assume he laughs at now, some 6000 games later.

Bates says he plays about 20 games per day, and that he is better at the game than ‘real bowling’, where his best score is 281. He has his own technique for playing, and it looks nothing like real bowling: 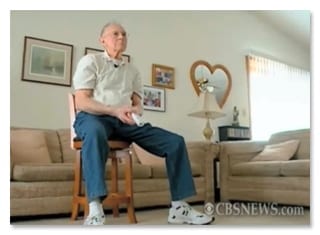 As much as this achievement is utterly pointless, we can’t help but be incredibly impressed by his skill and energy – we hope to be that great when (if) we reach his age. Go Bates! 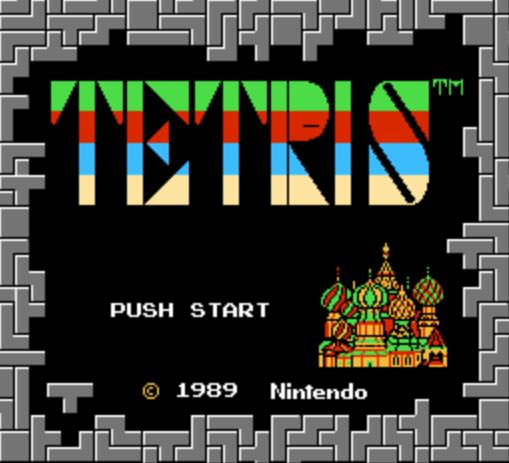 Tetris is one of the oldest video games we’ve got, and probably the oldest one that is still played with any regularity. That makes it all the more impressive that you can count the amount of people who have reached this rank on one hand. Erm, assuming your parents were closely related, anyway.

There are 6 that beat the game at the highest difficulty, five of them are Japanese (not surprised. Were you surprised?) The sole Westerner who succeeded at this ridiculously difficult task is called Kevin Birrell, and he managed it in January of 2015.

If you’re thinking how hard can it be, well, the level you have to beat to get this achievement comes after you’ve played through the regular levels – during the play, the game speeds up a total of 22 times, followed by another couple dozen levels at maximum speed, but even that isn’t it – when you’ve finally reached the credits, you have to play your way through an invisible level. In other words, the pieces that are already laid become invisible. Only when you beat THAT do you get to call yourself Grand Master, and we are starting to think we are okay with not being one.

The amount of training and sheer luck that must have gone into reaching that achievement for these six guys must be something akin to training for the Olympics – much like the Olympics, we are cool just watching from the couch.