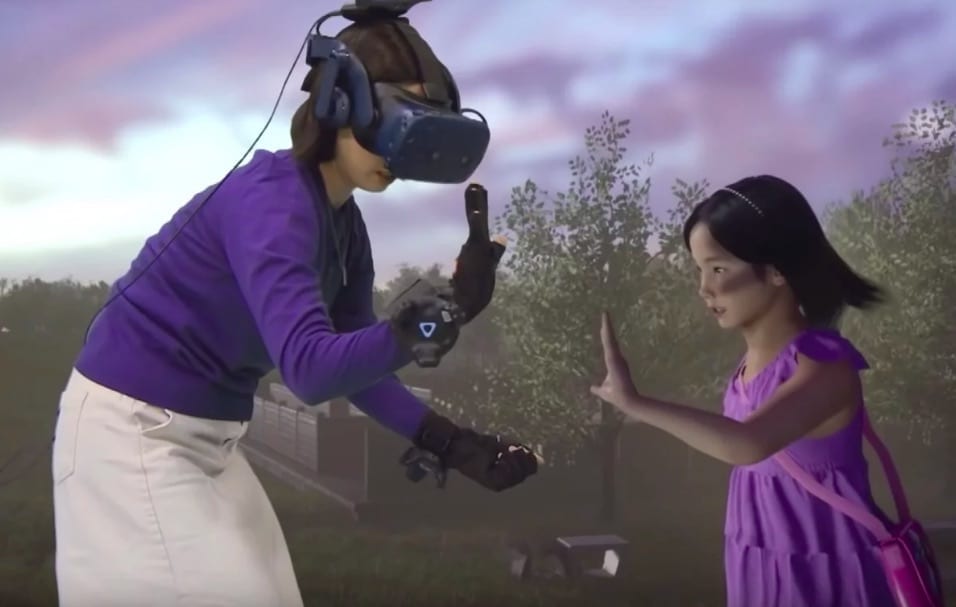 A loss of a child is something that no parent should have to go through, especially when it involves those that are so young.  How such a loss might affect someone will be unique to any grieving parent, and how one copes with such grief is their own personal battle.  But if there were ways to help a grieving parent cope with such a traumatic loss, then we only wish that they will get the help and support that they need.

One such parent, a mother that lost her 7-year old daughter, was recently given the opportunity to be reunited with her beloved child thanks to the technological wizardry that is virtual reality.

Her daughter was fully replicated using 3D technology, and was not only about to talk to her mother, but the mother was also provided with touch sensitive gloves.

It’s definitely a controversial move, and the video (which you can watch for yourself below) makes for incredibly difficult viewing.

To be perfectly honest, it’s heart-breaking to watch, especially when considering we don’t know for sure whether this whole process, which is also being aired on Korean TV and the internet, is actually helping the mother grieve for her traumatic loss or whether it might just make her grieving all that more painful.

But I really do hope that this helps the mother in some way and I hope that the TV company that aired this program offered her additional counselling and support.

You can watch the video below, but be warned, it makes for difficult viewing.  Do you believe the TV show is acting immorally or do you believe this might help heal the grieving mother?