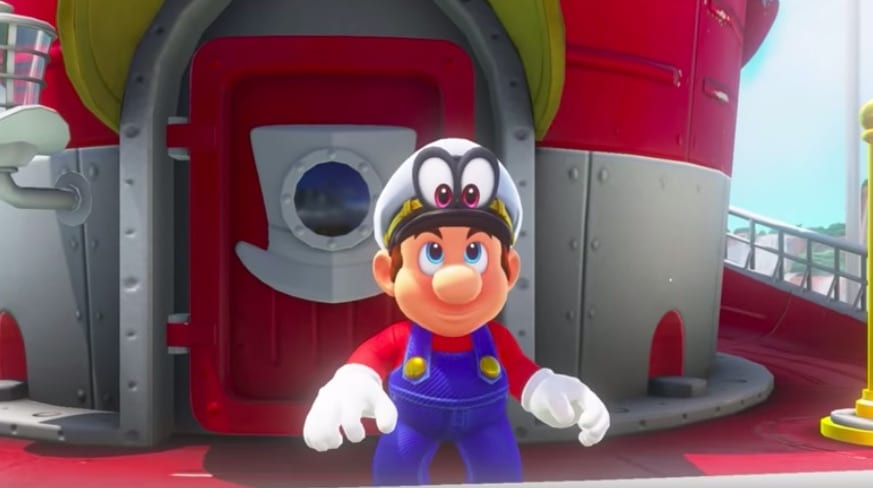 The internet has seen the iconic Mario without a moustache before, but it’s never felt as terrifying as it does now thanks to a new mod from modder M&M [via ComicBook].

M&M has created what might be one of the most horrifying mods on the planet, after ‘shaving’ Mario’s infamous moustache for his most-recent Nintendo Switch adventure, Super Mario Odyssey.

As shown off via YouTuber ProsafiaGaming, the video has gotten fans cowering in fear because it just looks…wrong. Like uncanny valley wrong. Like Mandela Effect wrong. It’s wrong in every which way possibly, and you’ll need to check it out in the video below to see just why it’s gotten under everyone’s skin.

Is that even Mario? Who knows anymore?!

If you want to download the mod for yourself and never sleep ever again you can nab it right here.

Like I said, this isn’t the first time the world has been left shaken to the core by a moustache-less Mazza.

The following image has made the rounds on social media a few times in the past, and it never ceases to disturb me.

Mario without a moustache jus look like Elmer Fudd with no toolie n a better fit pic.twitter.com/0smpOi6HHp

While some people think he bares an uncanny resemblance to Looney Tunes‘ Elmer Fudd, others think he looks like he’s stepped straight out of Wreck It Ralph…which makes sense if you think about it.

Jeepers! Mario with no moustache looks like Fix-It Felix after two weeks on an all-inclusive holiday. ? pic.twitter.com/jx2baQU3GM

Despite how concerning the shaved look it, I can’t help but be a little curious about say…moustache-less Wario? Moustache-less Luigi? How about ‘shroom-less Toad? Actually scrap the last one. No-one needs to see that.