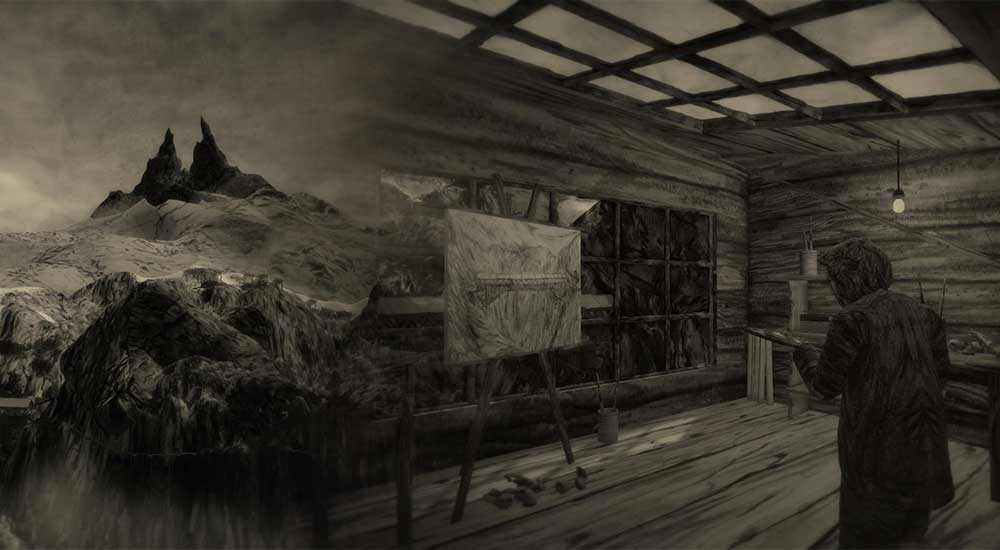 When it comes to horror games, the more unique the better. We’ve all had our fill of overly dark corridors, stumbling through jump-scares as we collect batteries to keep our flashlights powered up. There’s nothing wrong with this of course, but there’s definitely something much more enticing – and much more terrifying – about a unique and unpredictable bone-chilling experience. Enter Mundaun, a unique and visually stunning horror story which takes place in a dark, secluded valley in the Swiss Alps. 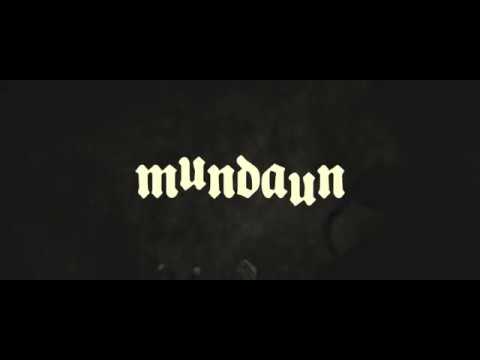 The upcoming horror is like nothing we’ve ever seen before, and we were thrilled to check out Mundaun in action during a hands-off preview session with developer Hidden Fields.

Mundaun is a true labour of love from (mostly) solo developer, Michel Ziegler. The narrative-driven horror has been in the works for six years now, with a huge chunk of that time being devoted to the game’s beautiful, bleak and unnerving art style. As you can see from the images, the art of Mundaun is incredibly unique and eye-catching – and there’s one very good reason for this.

“Michel has hand-drawn every asset in the game, in pencil,” explains Ethan Stearns, EVP of Content at publisher MWM Interactive. “You hear that sometimes for 2D sprite games, but this is actually a 3D game, so he has a process in which he creates texture maps of templates, and then hand-draws them in pencil, then scans them into the computer and then wraps them around the 3D objects.”

Mundaun isn’t just dependent on its art style though, as it promises an immersive narrative experience which will see you looking to solve the mystery of your grandfather’s passing. You’re told he died in a fire, but something doesn’t quite add up there so it’s up to you to traverse through the worlds and discover the truth about yourself and your family.

“My idea of what I want to bring to games is to create game worlds that are new and fresh, that [haven’t been] seen before in aesthetic and content,” explains Ziegler, promising that Mundaun is much more than just skin deep.

The attention to detail in Mundaun is astounding (something particularly notable during the demo while in an art studio, modelled after a real house in the region used by an artist in the 1950s). From the miniature paintings based on real-word art decorating the walls, to the promise that voice acting will be done in Romansh, a rare language only spoken in that region of the Alps, the realism of the game seems to know no bounds.

Along with its unique visuals and intriguing story, Mundaun also offers more gameplay than you might expect. It’s easy to incorrectly interpret the game as another “walking simulator,” but Ziegler demonstrates how that isn’t the case.

Though Mundaun places a heavy focus on exploration, there’s also quests for you to complete, characters to meet, puzzles to solve and, of course, terrifying beings from which you’ll need to escape. As the game’s Steam page explains, you’ll need to “survive hostile encounters, drive vehicles, fill your inventory and solve a variety of hand-crafted puzzles.”

Demonstrating an encounter with one of the hostile beings, the preview took us into a small hut in an attempt to escape from a shadowy figure who was on our case. It’s definitely safe to say that Amnesia-levels of heart-thumping are pretty much guaranteed in Mundaun. The game uses a fear system which will keep you rooted to the spot and unable to escape an encounter should you give into the the terror.

Gameplay goes even deeper than that though, as you’ll be able to enjoy the creature comforts of simple living (if you can ignore your terrifying stalkers of course).

“Coffee will give you health benefits, fear resistance…you can eat, you can find various food items which will give you a little health boost,” explains Ziegler, of the gameplay.

“There are these little RPG-lite elements happening. It’s not a full-on RPG, the focus is really on the atmosphere and the world and the narrative, but at the same time I wanted to have these elements there to encourage exploration.”

Mundaun’s inward focus on the realism of secluded and simple living was tangible throughout every moment of the gameplay demo, whether that was just sipping on coffee or out exploring the world.

It’s in this realism that the true horror of the game can be found: the normality of a peaceful life juxtaposed with the heart-stopping horror of what could be awaiting you outside your bedroom window is where Mundaun truly shines – and unnerves.

Experience Mundaun in 2021, coming to Nintendo Switch, PlayStation 4, Xbox One, PC and Mac. Wishlist it on Steam here!