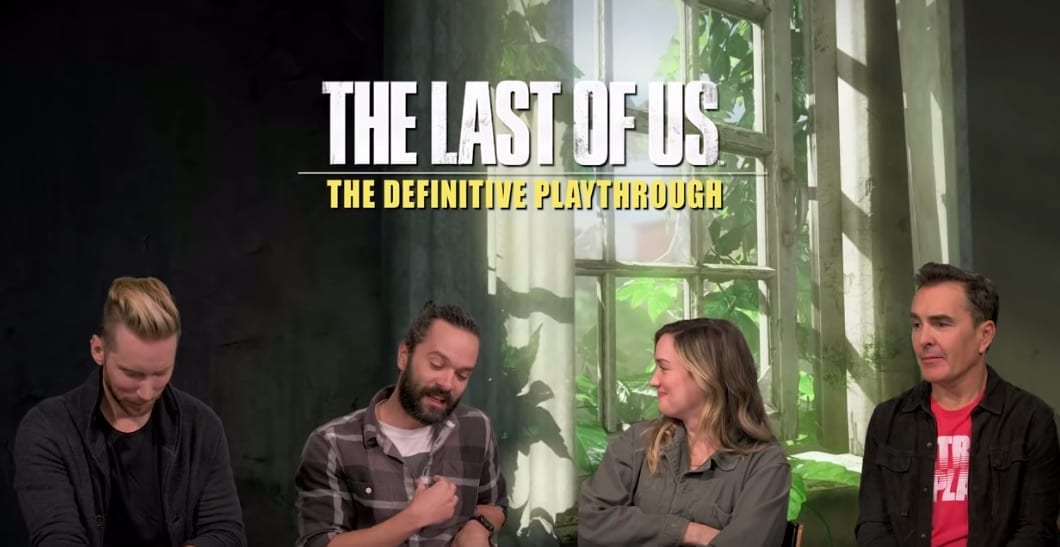 With The Last of Us Part 2 on the horizon, the boys at YouTube’s Retro Replay have been taking a trip down memory lane with The Last Of Us: The Definitive Playthrough. The Let’s Play has seen veteran Naughty Dog actors Troy Baker (who plays Joel) and Nolan North (who plays David in TLOU and Nathan Drake in the Uncharted series) tackle one of ND’s best games.

The LP has also hosted a tonne of special guests associated with the game and its creation, including Ashley Johnson who plays Ellie, and TLOU creative director, Neil Druckmann.

In the final episode of the LP, Troy, Nolan, Ashley and Neil sat down to talk through their experiences of TLOU, the fans, the filming and the future of the series.

In an off-comment made by Neil, the director subtly suggested we might not have seen the end of the Uncharted series, telling eager viewers that another game hasn’t been ruled out.

Speaking about The Last of Us Part 2 and the creative freedom that Sony allows, Neil said: “With [The Last of Us] sequel, first of all [we ask] do we wanna make it? We’re lucky that Sony gives us the freedom where we can choose… We made Uncharted 4 and we haven’t made another Uncharted since. Maybe we will, we’ll see.”

Nolan then quipped back with “We’ll talk about it,” before joking about how Neil’s comments are sure to make the internet explode.

You can (and should) check out the full video below, and while you’re at it, why not watch the whole playlist from the beginning. You’ve still got time before The Last of Us Part 2 launches in May!

The Uncharted games ended perfectly (in my opinion, at least!) and though a revisit to the life of Nathan Drake would be fun, it’s hard to see how or why Naughty Dog would want to go back to a series that’s had its chapters closed so wonderfully. Personally, as big of an Uncharted fan as I am, I’m hoping Uncharted 5 isn’t on the cards.