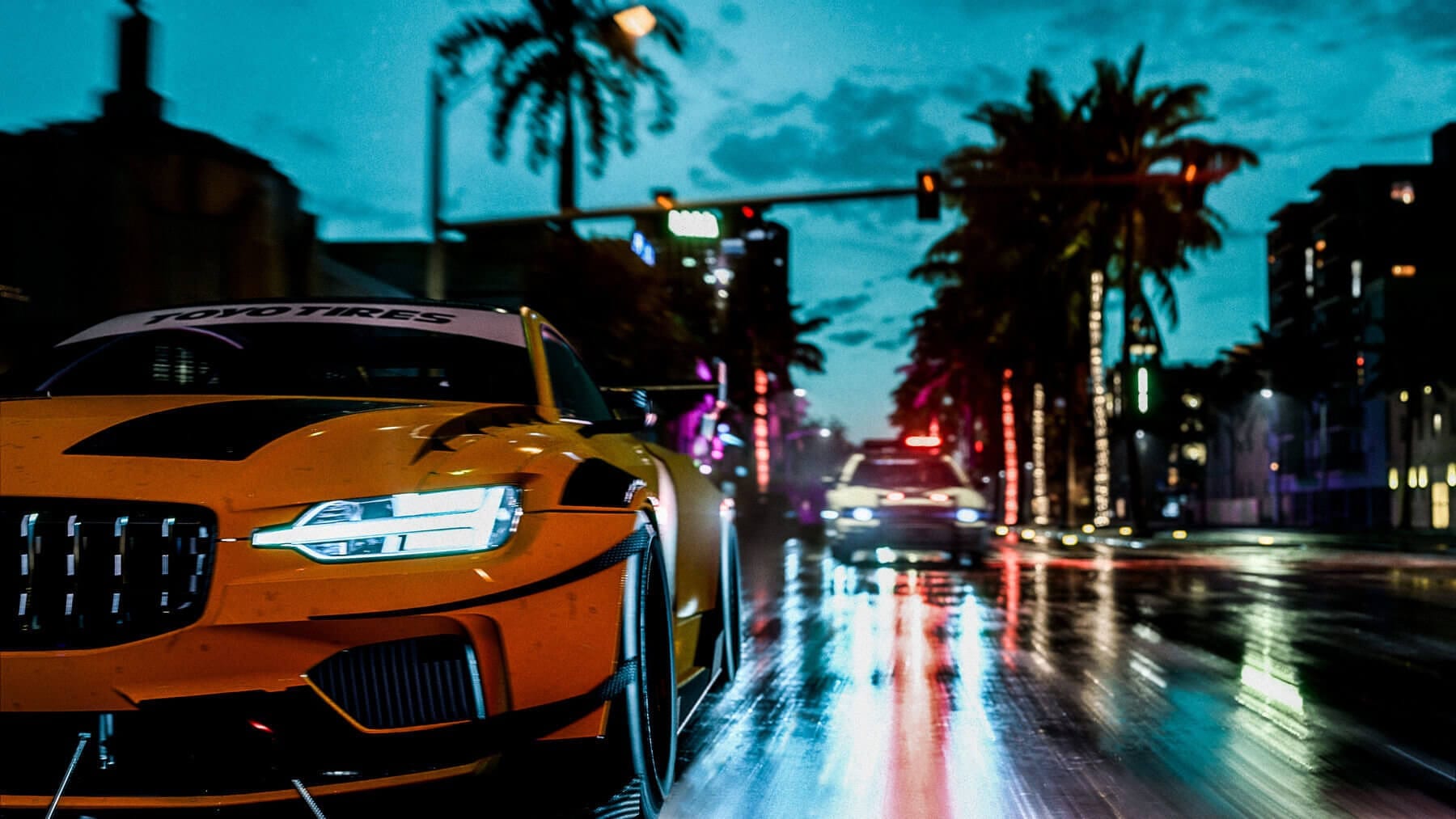 Need for Speed Heat was one of the most impressive games we got to play during Gamescom 2019, but the hands-on preview just isn’t enough to tide us over until the game’s release. We need more Need for Speed Heat.

We chatted with the game’s Creative Director Riley Cooper and Vehicle Art Director Bryn Alban about the game, which is looking like it could be one of the best games in the series – an impressive feat considering just how long NFS has been around.

“We started this project roughly two years ago and it was the 25th anniversary of Need for Speed,” Cooper tells me. “We didn’t set out to make a 25th anniversary game but we knew that’s where we were and so that did put us into a reflective mindset…We looked at the history of NFS games – the franchise as a whole- with a particular attention to the favourites of ourselves and our fans over the years, [asking ourselves] ‘how do we deliver that as best we can, and what things can we add around that, that would make that experience more interesting and richer?'”

Heat is definitely going to please a lot of existing fans of the NFS franchise thanks to its clever use of some of the best elements of previous games.

“I think…we’ve had games in the past that have had these ingredients, but that was pretty much their exclusive deliverable. They were focused around one of those things: Need for Speed Heat is the first time where we’ve pulled these major features from previous games into a single experience, and by pulling them together it gives each of them a dimension that just wasn’t there before. So it’s more than the sum of its parts.”

Heat is definitely looking more interesting and richer than any previous title in the NFS series, offering up a more strategic angle to gameplay thanks to its separate day and night modes, plus its insanely deep customisation options.

Speaking specifically of how the day and night gameplay differs, Cooper tells me: “The big thing at night is all about the cops. It’s your primary way to earn Reputation. Reputation is what unlocks the game essentially, so it enables you to enter bigger events at night, bigger events at day, to have access to faster parts and faster cars.”

But day is just as important as the night in NFS Heat, as day is where you’ll be able to earn fast Bank, allowing you to buy the better cars and parts you need for customising your ride.

“[Day and night] each have their own distinct gameplay purpose, they each have unique systems, night with its Heat meter and health playing a major role and free-roam cops of course,” Cooper explains. “But then they each have their own kind of style as well… You might think they’re kind of the same thing, and of course there’s commonality, but by virtue of having traffic in one and not in the other, having cops in one and not in the other, means that by day you can really just focus on your skill and you racing lines and kind of hone that. Whereas at night you gotta be much more heads-up, look out for traffic, look out for cops. So it’s a very different experience: style, tone, gameplay, driving.”

Excitingly, NFS Heat introduces health into the game, adding yet another level to the upcoming title.

“We did add health as a gameplay feature to this game, so by doing the things you do at night in our game, which is driving illegally in one form or another, including street races, your Heat rises. As your Heat level rises more cop attention is placed on you… you kind of want your Heat to rise, but as you get more cop attention they’re more likely to damage your vehicle, and your car can only take so much damage.”

That damage will be reflected on your vehicle, so if you’ve spent hours customising your ride, you definitely don’t want to take more damage than you need to!

Vehicle Art Director Bryn Alban gave me a little taste of how deep NFS Heat’s customisation options really go, telling me: “We’ve added a layer where you can build your car to be what you want it to be. So the speed cards from Payback have gone, and we’ve introduced a new way of customising your car with performance items…We’ve grounded our customisation in a way that it’s easily understandable for our players, and what that allows us to do then is go wider with our spectrum of what you can do with the cars.

“We have this accessible handling model at the core and it’s still heroic and action-driving, but for those players who want to go deeper on it, we allow them to do that through our performance customisation suite. If you want to be setting your fastest times and being the top of the leaderboards, you can go and build an extreme race car, and by doing that, your handling model will change and you’ll be able to be very precise with your braking and your accelerating and all of that stuff.”

The customisation isn’t just there to help boost your stats though – it’s moreso there to help you get the most from the game, depending on your play style.

“On the other side of the spectrum, you’ll be able to build a drift car, which you can build to the extreme where it’s a bit looser, and you’ll feel more heroic driving that way…we’ve made it very precise…There’s a lot of strategy involved in building your car.”

Of course I couldn’t not ask the duo about their favourite cars in the game. Safe to say, their answers didn’t disappoint.

Thanks to Riley Cooper from @EA, we have the first gameplay clip for@NeedforSpeed Heat! #openingnightlive pic.twitter.com/aMZaUD7GQo

“We’re pleased to say that Ferrari’s now back in Need For Speed after a short spell out. They’ve been able to allow us to customise their car for the first time,” Alban says. “For me, my favourite car would be the Ferrari 488 GTB, the iconic car that they have at the moment. It’s a fun car to drive as well, in the game, and I’m able to customise it so I’m very, very happy.”

Cooper’s first choice was definitely a much more nostalgic vehicle, as he asks Alban: “Do we have the old rotary engine RX 7s…We do? I should know that! That’s the next car I wanna try, I wanna see if I can recreate my teen driving years where I did actually drift occasionally around corners.”

Settling on a considerably more Instagram-worthy ride, Cooper adds: “Recently I’ve fallen in love with the classic GTR R34, we call that the Skyline…We met some guys who imported them from Japan so they had a bunch of Japanese R34s in this warehouse and it was just neat to be that close to them. They just look heavy and powerful and I don’t know. They’re cool!”

From new gameplay mechanics to new game modes, there’s a lot that Need for Speed Heat is going to offer for its players. But if the experience had to be summed up in just three words?

Need for Speed Heat will release on Xbox One and PlayStation 4, 8 November 2019.