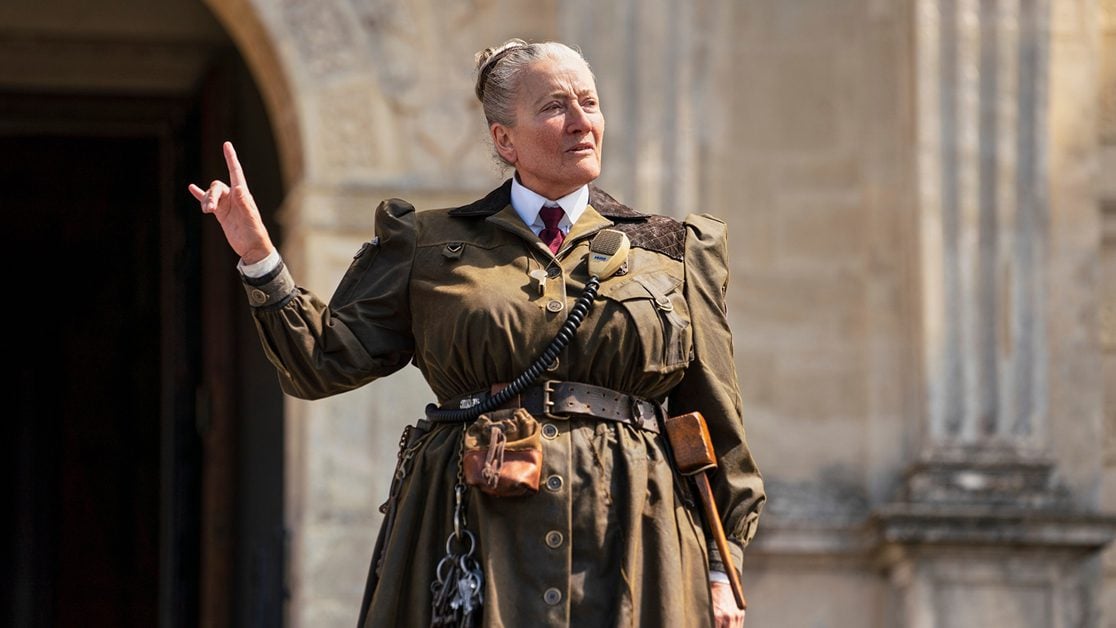 Netflix has dropped the first trailer for the anticipated Matilda reboot. Excitingly, the teaser also gives us our first look at Emma Thompson’s Miss Trunchbull.

The trailer also introduces us to the stars of the show. Alisa Weir and Lashana Lynch are playing the titular roles of Matilda and Miss Honey.

However, it’s Emma Thompson’s portrayal of Miss Trunchbull that has made the headlines. Looking virtually unrecognisable, Thompson looks terrifying. She can be seen swinging a schoolgirl around by her pigtails. All in a day’s work, right?

Matilda The Musical is based on the beloved children’s book by Roald Dahl. In the book, our main character is a book-loving kid who discovers she has telekinetic powers. However, she uses these strange powers to leave her parents (played by Stephen Graham and Andrea Riseborough) and stand up to the terrifying Miss Trunchable.

Matilda The Musical is being directed by Matthew Warchus. Working alongside Warchus is original Matilda the Musical stage show playwright, Dennis Kelly. The Netflix film also sees Tim Minchin heading up music and lyrics while Ellen Kane is in charge of choreography.

This Matilda adaptation comes after Netflix acquired the Roald Dahl Story Company last year. With the streaming giant now owning the rights to the business, could we well expect to see more Dahl stories brought to life in the distant future?