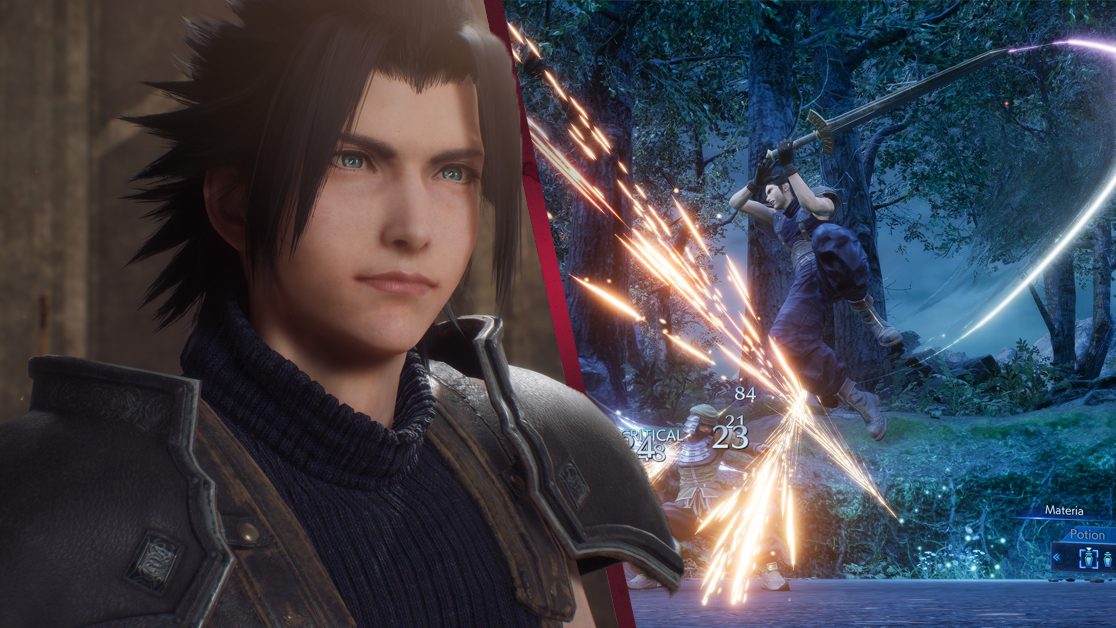 Earlier this year, Final Fantasy 7 celebrated its 25th anniversary (we feel old too). And as part of this Not-E3 season, Square Enix held a livestream to announce some Final Fantasy 7 related news. The biggest piece obviously being the next part of Final Fantasy 7 Remake, called Rebirth rather than Remake Part 2.

But that wasn’t the only thing that fans of the series were able to celebrate. Also revealed was a full-on remaster of Crisis Core, originally released for the PSP in 2007. Which hasn’t seen a release on any other platforms since its initial release.

Looking somewhere between a remake and a remaster, the game features brand new models, full voice acting, and improved character and camera control. The UI has had an update too, and the soundtrack has been rearranged. Though on the voice acting front, it seems to be all new voice actors in line with what we saw in Remake.

And the graphics all seem to be in line with how Remake looks as well, though with just a bit less detail. As the game is coming to PC, PS4, PS5, Xbox One, Xbox Series S/X, and Nintendo Switch. It’s that last one that shows you the game won’t be as intensive graphically as Remake.

Best of all, the game is out really soon too. The end of the trailer confirmed that the remaster would be launching this winter. Though it is important to note that winter is a bit of a vague term, as that could be all the way in February next year.

But still, it’s incredibly exciting to be able to play such a classic Final Fantasy game again. Especially considering it only ever launched on the PSP. A lot got confirmed during the Final Fantasy VII 25th Anniversary event. Read more about it and check out the trailer for the newly announced Final Fantasy VII Rebirth.