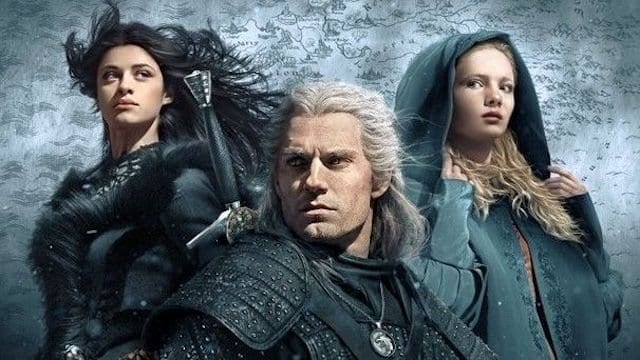 If you’ve been watching the fantastic The Witcher on Netflix (and if not, why not?), then you may have been a little thrown off by the timeline jumps. If you’ve missed any tiny detail, it might not be completely clear where the current timeline stands, especially with the episodes jumping back and forth in decades. I know for those that read the books, the timeline will make much more sense, but not everyone has gotten round to reading the books.

Thankfully Netflix has released an official timeline infographic that helps to clear up any confusion and makes the jumps back and forth, a little easier to understand. I know there were one or two moments where I was thrown off-guard during some episodes, so this handy infographic is a welcomed assist.

The timeline starts in 1210, during episode two where Yennefer is sold to Tessaia, before Yennefer has her transformation in episode three.  However, there is still a big jump in the timeline, because somewhere between 1210 and 1249, Yennefer goes rouge after the Queen to whom she was guarding gets assassinated. Also, during this time is where Geralt becomes the “Butcher of Blaviken”, and is abducted by Elves with Jaskier, and has his duel with the cursed Striga.

Then between 1249 and 1263, crucially during this period, firstly, this is where Ciri’s mother promises her daughter as an oath to Geralt as a child of surprise. Then following this, is where Geralt and Yennefer first meet, before they are on the dragon hunt together in episode six.

During episode seven from 1263, Geralt returns to Cintra to claim and save Ciri, but he ends up getting imprisoned by the King and Queen Calanthe (Ciri’s grandparents). During this time in episode seven, Yennefer returns to Aretuza in advance of the Nilfgaardian attack. However, this is where the season jumps to and from the most, as following Geralt’s imprisonment, the battle of Cintra is lost and the Queen commits suicide, before Ciri makes here escape in episode one.

Then as we conclude the season in episode eight, Yennefer disappears after losing the Battle of Sodden Hill and right at the very end of this episode, this is where Geralt and Ciri finally meet in the forest. After examining this infographic, events certainly make more sense as you piece the timeline together.

However, just this week, series showrunner Lauren S. Hissrich promised during a Q&A on Reddit that when season two arrives in 2021, the story should be far more linear, so hopefully we’ll have no need for an infographic.