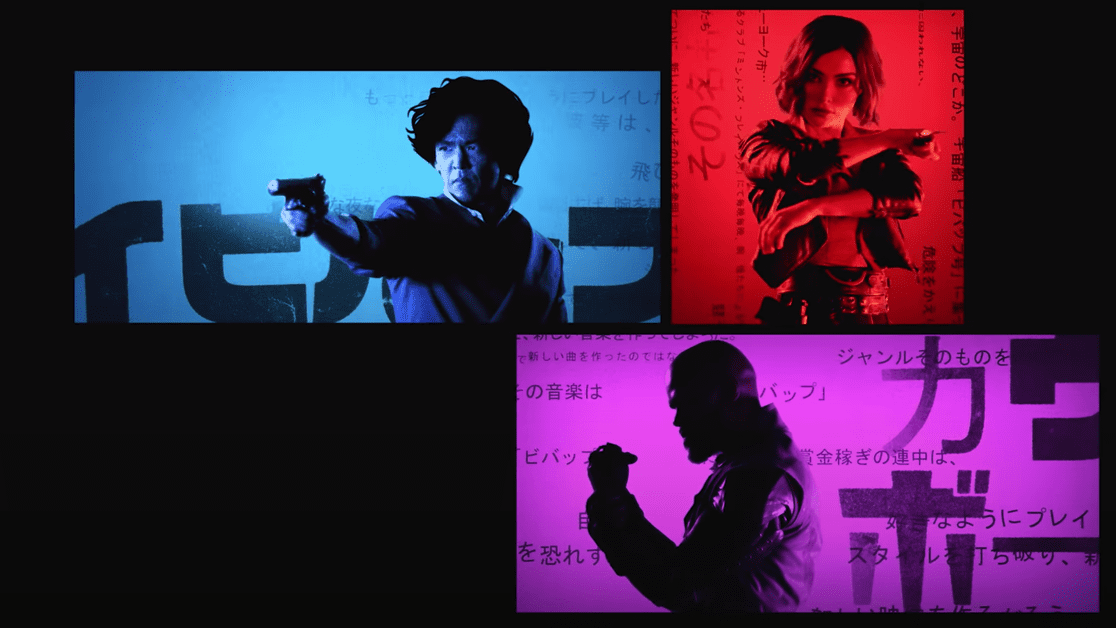 Yesterday was the announcement of the 74th Emmy Nominations, and many were surprised to see Netflix’s Cowboy Bebop among the list of popular TV shows to receive one.

Released to mixed reviews, Netflix’s Cowboy Bebop was a live-action adaption of the anime series of the same name. It’s been nominated for Outstanding Main Title Design, with its opening being a pretty faithful recreation of the anime’s original opening sequence.

If you’ve never seen the original anime, those opening credits will seem pretty funky and stylised. And they are. I can’t deny that when the opening was released, I was finally excited for what the live-action could be.

But even the opening itself reveals some of the instant missteps of Netflix’s attempt at Shinichirō Watanabe’s classic series. The first scene is almost entirely a frame-by-frame recreation of what came before it. But as you watch John Cho’s silhouette run across the screen, you get a reminder of why sometimes animation should stay animated.

I personally view the original anime series as being not only the greatest anime, but the greatest TV show of all time. It’s a must-watch even if you aren’t a fan of anime in any way.

Netflix’s Cowboy Bebop seemed like what would happen if you took all the cool points of the anime, put them in a blender, and hoped for the best. Not something that represented the reasons why people hold the anime in such high regard. And that’s maybe why it got cancelled after one season.

Meeting Cowboy Bebop’s creator Shinichirō Watanabe is still an absolute highlight of my life. And the entire series and its subsequent movie are something I hold close to my heart. But I still won’t put anyone down who may have enjoyed Netflix’s Cowboy Bebop. As the Academy seemed to enjoy it too.

Bebop has some tough competition

Netflix’s Cowboy Bebop does have some tough competition. One of the other nominees is Severance. Not only is it what I call the best TV show I’ve watched in years, but the opening is particularly brilliant. It features uncanny valley 3D models of its lead actor, Adam Scott, in different scenarios that allude to the TV show’s plot and secrets.

Then there’s fellow nominee, Only Murders in the Building, who’s opening is as stylised and memorable as the TV show itself.

Despite my personal grievances with Netflix’s Cowboy Bebop, it is great that it’s received an Emmy nomination.  Even if it doesn’t win, it’s nice to see anime adaptations get more recognition other than for being so horrendously awful.